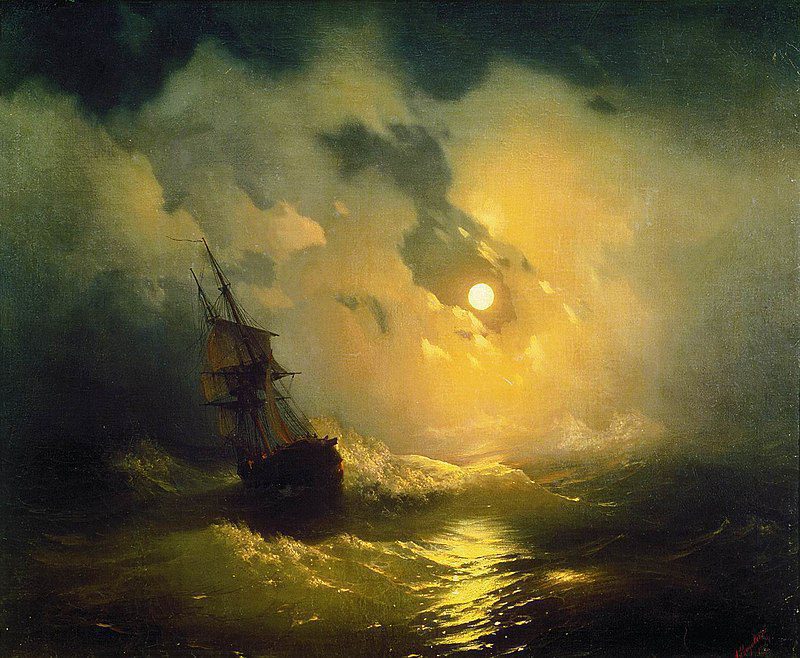 Paintings by one of Imperial Russia’s best-known artists, Ivan Aivazovsky, are reported to have been found on a 19th-century shipwreck in the Black Sea near Crimea.

The General Kotzebue was a 68m cargo paddle-steamer, built on Tyneside in 1866. Sailing in ballast from Sevastopol to Odessa on 29 April, 1895, for the Russian Steam Navigation & Trading Company, she sank after colliding with another vessel near Cape Tarkhankut.

The wreck was discovered at a depth of 40m in 2015, but now 10 fragments of paintings are said to have been located by scuba divers from Russia’s Neptune Expedition. Their underwater video appears to show framed canvases protruding from thick silt.

Aivazovsky, who painted more than 6000 seascapes, battle scenes and portraits during his 60-year career, was known to have been aboard the General Kotzebue in 1869 to capture the moment the ship became one of the first to sail through the Suez Canal. He was known to have presented preliminary and sometimes finished works to ships on which he sailed.

The dive-team is set to attempt to recovers the paintings in June, though it is not yet known to what extent the silt will have succeeded in preserving them,

Aivazovsky was based in Crimea and for a time was the main painter of the Russian Navy. He became and remains one of Russia’s most celebrated artists, and also held many exhibitions in Europe and the USA. He died in 1900.

In 2012 one of his paintings depicting the Bosphorus in Turkey was sold at Sotheby’s for $5.2 million, and many other works have fetched more than $1 million.