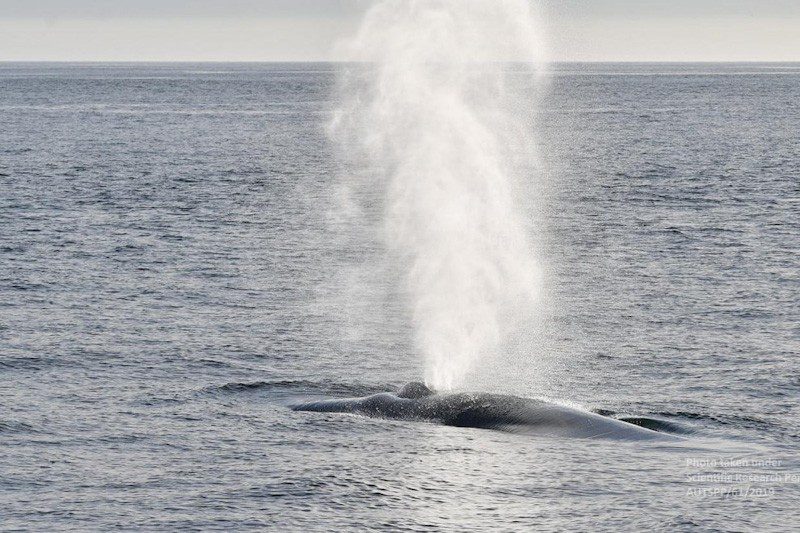 The world’s biggest mammal, the blue whale, is returning to the coast of north-west Spain where it was hunted almost to extinction until 35 years ago. Marine biologists are divided about the reasons for their reappearance, however, some arguing that it is caused by folk memory and others by climate change.

Marine biologist Bruno Diaz, head of the Bottlenose Dolphin Research Institute in O Grove, Galicia, first spotted a 24m blue whale off the Atlantic island of Ons among a pod of fin whales four years ago.

Two more blue whales were then seen by scientists in 2018 and 2019, and both individuals returned to the area last year. The same specimens had never before been documented returning to the continental shelf two years in a row. Now this August another, different blue whale has turned up near O Grove.

Blue whales can grow as long as 30m and weigh up to 170 tonnes. They can live up to 90 years and feed mostly on krill.

The UN proposed a moratorium on whaling in 1972 but Spain failed to ban hunting until 1986, by which time most blue whales had been wiped out in the area. Diaz believes that as a result of the moratorium the descendants of the few that survived the whaling era are now being drawn back to ancestral seas by a form of folk memory.

“Generally, the whales appear when the north-east wind carries the uppermost layer of water off the coast out to sea, and allows the deep waters to emerge on the shelf,” Diaz told Publico. “That’s why when the north-east blows for several days in a row, the water on the beaches is so cold. But those waters are a nutrient pump for all species.

“This year there was hardly any wind from the north-east, but I am convinced that when it arrives, sooner or later, we will end up seeing another whale.”

Diaz believes there is too little data to suggest that food shortages caused by climate change are driving the return of the blue whales, but another marine biologist, Alfredo Lopez of Galicia’s marine mammal research centre CEMMA, believes that to be the case.

He told Publico that blue whales “never go south of the Equator, and if that line rises northwards because of the warming of the planet, their habitat is reduced… they are running out of food, and what we are seeing is nothing to be happy about, but a drama.

“Perhaps the fin whale has recovered a bit, but to say that the blue whale has also recovered does not make sense,” said Lopez. He also points out that blue whales are only ever seen in the company of other types of cetaceans, and that they could be interbreeding.