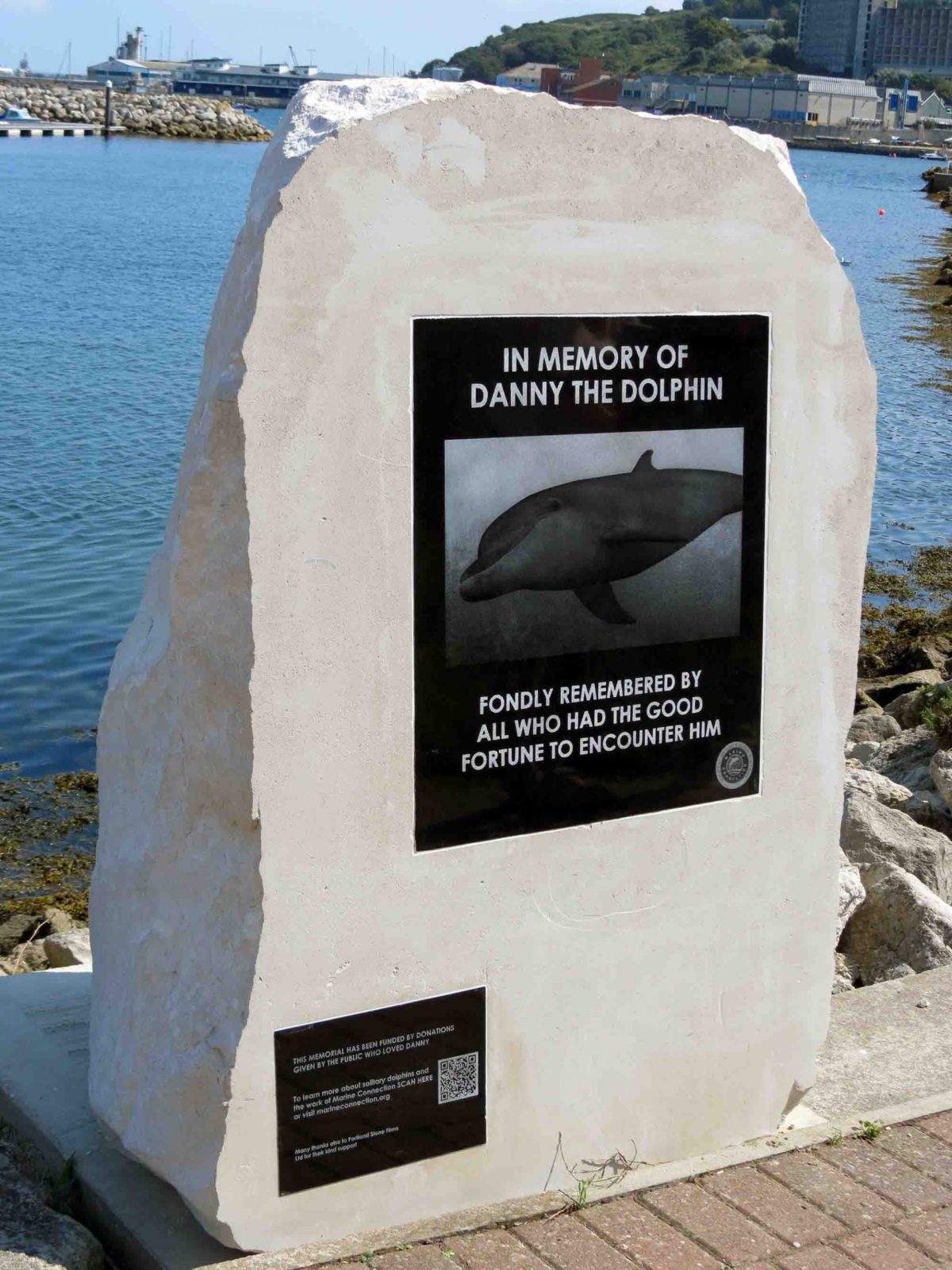 A memorial to a solitary male bottlenose dolphin has been unveiled at Portland Marina in Dorset. Danny, who had become a local celebrity, was killed by a ship’s propeller in the harbour last October.

The tribute was organised by Liz Sandeman, co-founder of conservation charity Marine Connection, with £1000 raised by the public and stone donated by Portland Stone Firms. She said that the 10-year-old dolphin had won the hearts of many while frequenting the Portland and Weymouth area.

“The memorial is unique, being the first of its kind anywhere in the world,” said Sandeman. “It also reinforces the message that when a solitary dolphin appears in an area, its space should be respected to ensure that it retains its wild nature and does not develop habituated behaviour.”

In normal circumstances male bottlenose dolphins can live to at least 40, and 60 in the case of females. The memorial to Danny contains a QR code for Marine Connection.

Meanwhile, two other bottlenose dolphins that have spent recent summers feeding and playing around cruise ships in Weymouth Bay turn out to have made an unusually long journey to be there – from north-eastern Scotland.

Named Harry and Wills in Dorset, a chance social-media post of one of the dolphins’ fins has revealed them to be a previously observed mother and calf pair from the Moray Firth.

The mother, Honey, had been seen there every year from 2009 to 2018, while her unnamed calf was born in 2016. They had previously been reported off Cornwall.

The eastern Scotland bottlenose population has expanded its range as far as Ireland, the Netherlands and Denmark but had not been identified in the English Channel before, according to Dr Tom Brereton, research director of the charity MARINElife.

“Having conducted photo-identification of English Channel dolphins for many years, I can say this is easily the most incredible resighting yet I have been involved with,” he said.