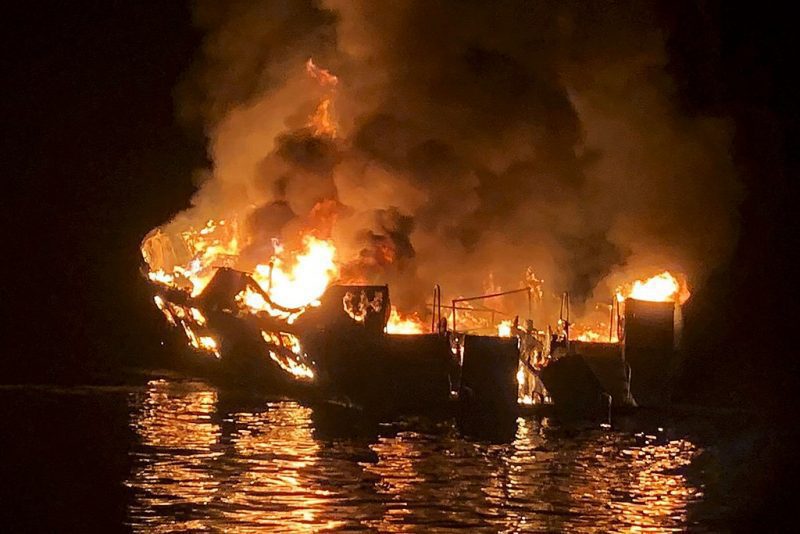 The California dive-boat Conception, on which 34 people died in a fire on 2 September, had been exempted from US Coast Guard safety regulations on escape routes because of “grandfather rights”, it has emerged.

According to the Los Angeles Times, Conception was among 325 small boats built before 1996 to be exempted from stricter standards imposed on new vessels, on the grounds that it would be impractical to impose them on older craft.

These “Subchapter T” federal regulations are said to affect some 5000 passenger vessels of less than 100 tons in the USA. They dictate that such boats should have escape hatches that are at least 81cm wide, with illuminated exit signs.

The Conception, built in 1981, had a 61cm hatch and no illuminated signs. The passengers were thought to have been overcome by fumes and it is not clear whether bigger, signed exits would have affected the outcome of the fire.

The Coast Guard, which has the authority to make immediate safety changes, is said to have stepped up inspections of similar boats in terms of escape routes, fire-protection systems and crew-training since the tragedy.