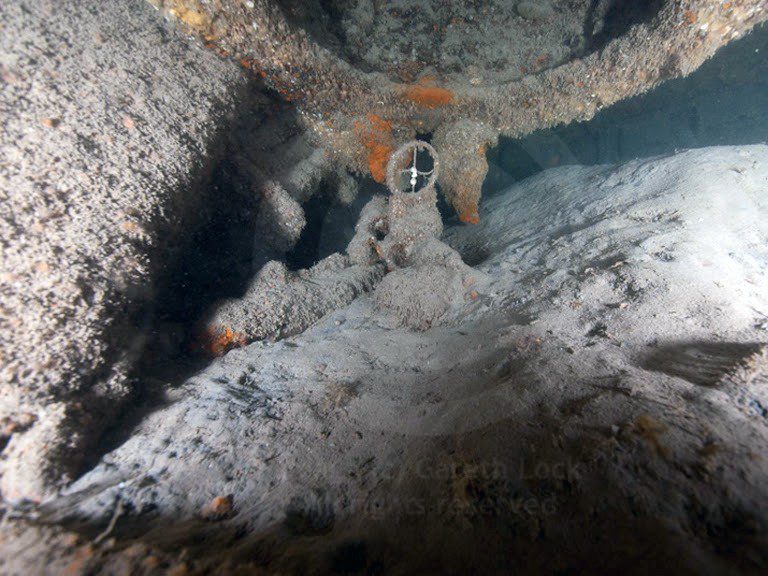 The wrecks of two World War Two US Landing Ship Tanks (LSTs) that lie 50m deep off the Devon coast have been granted “heritage protection”, 76 years after being torpedoed during a rehearsal for the D-Day Allied invasion of Normandy.

The amphibious vessels LST-507 and LST-531 were initially reported on Divernet as having been designated as protected wrecks, which would have required recreational divers to apply for a licence to dive them,

However Historic England (HE), which recommended the move to the Department for Digital, Culture, Media & Sport (DCMS), has now clarified its announcement and explained that the wrecks have been scheduled and added to the National Heritage List for England.

Scheduling means that divers can still dive the sites without a licence but that the wrecks themselves and their contents are protected. “Although all cases are determined on a case-to-case basis, DCMS is moving more towards scheduling wreck-sites,” says HE.

At least 749 soldiers and sailors lost their lives in April 1944 when German E-boats intercepted communications from the two LSTs and went on to sink them during the ill-fated Exercise Tiger.

The UK government has protected the wrecks on the advice of Historic England. Under the Protection of Wrecks Act 1973 it can designate a restricted area around a dive-site considered to be of historical or archaeological importance, to prevent uncontrolled interference.

Divers need to apply to Historic England for a licence to access the 53 wrecks on the National Heritage List for England.

Exercise Tiger took place off Slapton Sands in the run-up to the 6 June Operation Overlord landings. Live-fire rehearsals for British and US personnel were considered vital because a combined operation on such a scale had never been attempted before.

The two 100m LSTs that were lost had been launched in Indiana the previous year. Along with the large numbers of personnel, they were carrying tanks, trucks and other military vehicles that would have disembarked through the large doors built into the vessels’ bows.

A torpedo struck the engine-room of LST-507, which was carrying nearly 500 US army personnel, trucks and 22 amphibious vehicles. With the power gone the lifeboats could not be lowered, and fires broke out in the tank deck, causing petrol tanks and live ammunition to explode. More than 200 servicemen were lost.

LST-531 was struck by two torpedoes and explosions were followed by a fireball. Ammunition started firing from the bow guns and surviving personnel jumped into the freezing sea amid burning fuel-oil. Many others were trapped below decks as the ship rolled over and sank within six minutes. Some 424 were lost.

Further lives were lost when two other LSTs were severely damaged in the attack.

The designation comes shortly before commemoration of the 75th anniversary of the end of the war in Europe on 8 May.

“We’re delighted at the scheduling of these two LSTs, which we investigated during the 75th anniversary of D-Day last year,” said Dan Atkinson, coastal & marine director at Wessex Archaeology.

“The work we have done has not only helped to ensure that their importance to the story of D-Day is recognised, but it also complements the work to record them by volunteer divers.”