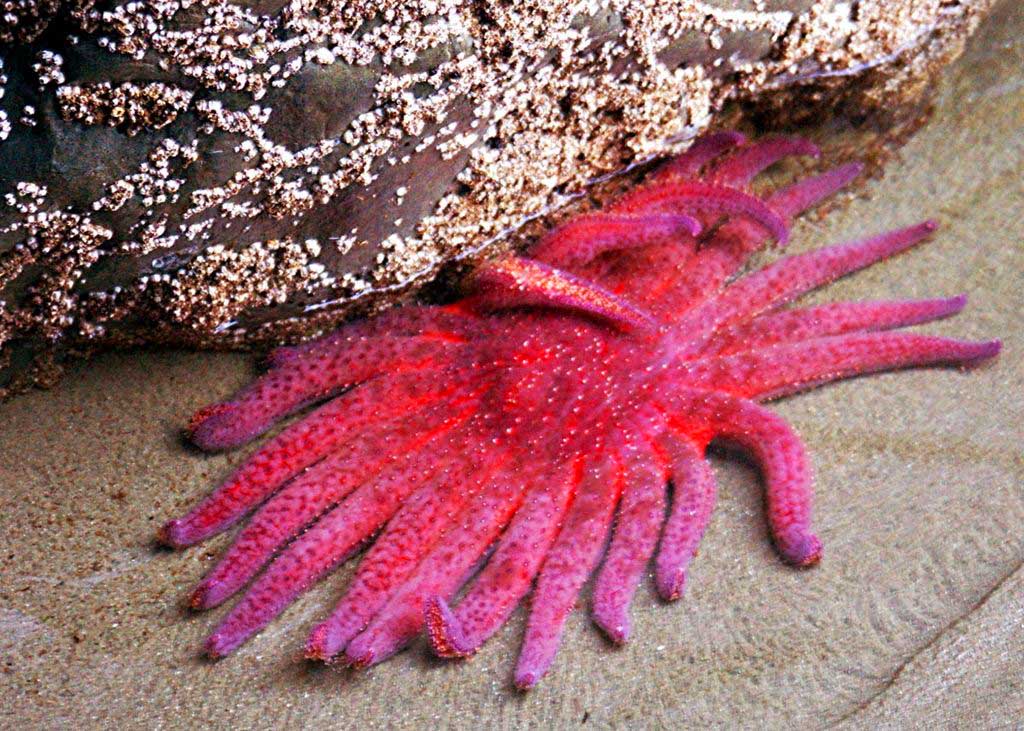 Described by scientists as the biggest disease epidemic ever observed in wild marine animals, Seastar Wasting Syndrome has killed millions of starfish along the Pacific Coast from Mexico to Alaska over the past six years.

Affecting 20 species, the disease causes the seastars’ limbs to fall off before their bodies disintegrate into liquid.

The epidemic is understood to be naturally occurring, but a new scientific study of data provided by scuba divers has indicated that climate change appears to have weakened the starfish, making them more susceptible to the disease.

The researchers, from universities in North America and elsewhere, focused on the hard-hit common sunflower seastar (Pycnopodia helianthoides), which has now been eradicated across most of its range.

The researchers found that divers were less likely to see living seastars in nearshore waters when water temperatures were abnormally high. Determining why warm waters should have this effect was outside the scope of the study but they speculated that elevated temperatures affected the seastars’ simple immune systems.

The survey also confirmed that the mass die-off of starfish was having a domino effect on oceanic eco-systems. Without starfish to prey on them, kelp-eating sea urchins were proliferating – and eating their way unchecked through the kelp-forest habitats on which many other species depend.