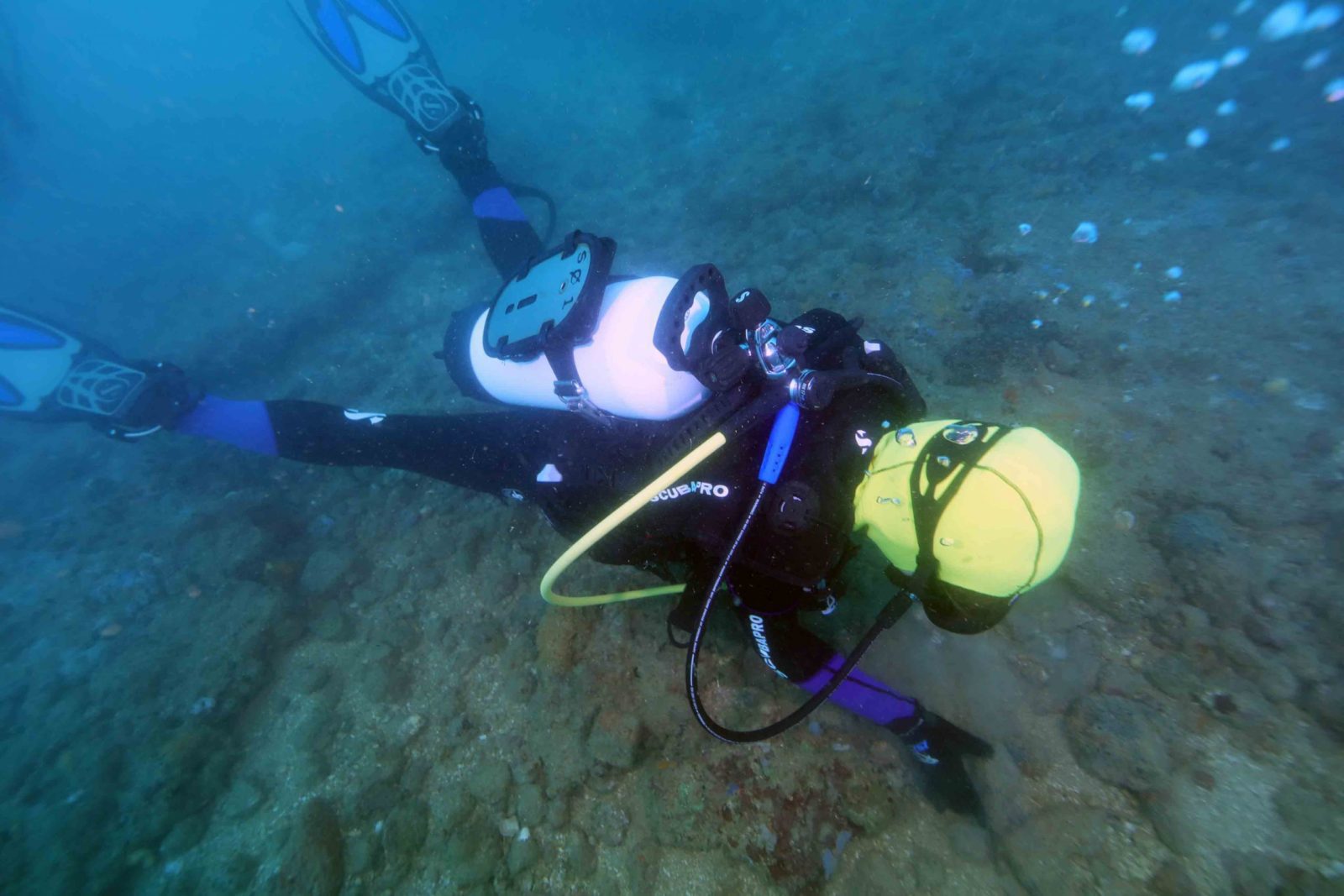 Scuba divers have found stone artefacts off north-western Australia that date back as far as 8500 years, to when the archaeological sites would have been on dry land. The submerged sites are the first of their kind to have been found on Australia's continental shelf.

Archaeologists from Australia and the UK homed in on the sites initially by analysing geological charts and archaeological sites on land, and then moved offshore using drone-mounted laser scanners and high-resolution sonar scanning from boats. The divers then went in to scour the shallow sites.

When the first people arrived in Australia from south-east Asia some 65,000 years ago, seas around the continent were 80m lower than current levels, and over the next 45,000 years until the end of the last Ice Age the level fell by another 50m.

At this time the continent would have been some 770,000 square miles bigger than modern Australia, extending 100 miles further out to sea and with many people living on the coastal shelf.

But as sea levels rose again up to 8000 years ago, as much as a third of the continent was submerged, with many of those settlements inundated.

Exploring two sites near the port of Dampier in the Pilbara region of Western Australia, the divers found 269 stone artefacts dating back at least 7000 years on the seabed in shallow water (2.4m) at Cape Bruguieres Channel. The items were identified as tools and grinding stones.

Then at depths of around 14m in a freshwater spring in Flying Foam Passage they found a further trace of human activity – a single stone tool that was at least 8500 years old.

The tools differed in style from those previously found on land. The environmental data and radiocarbon dating showed that the sites must have been at least 7000 years old when the rising seas left them submerged – overcoming the previous belief of many archaeologists that no trace of the occupants of these areas could have survived rising sea-levels.

“If you’re looking for the whole picture on Australia’s ancient past, you’ve got to look under water, there’s just no question,” said Prof Jonathan Benjamin of Flinders University, who led the study. Also involved were James Cook University, the University of Western Australia, the University of York in the UK and Airborne Research Australia, collaborating with the Murujuga Aboriginal Corporation.

The researchers say that with such a big area of what is termed “Sea Country” still to explore, they are confident that many other submerged sites will now be found, enabling a better understanding of the ancient people who lived there.

However, Australia’s recently passed Underwater Cultural Heritage Act does not automatically protect such sites, they say, calling for legislation to protect and manage Aboriginal cultural heritage along the coast.

The discoveries came as a result of field studies carried out between 2017 and 2019 but the study has just been published in the journal PLOS ONE.