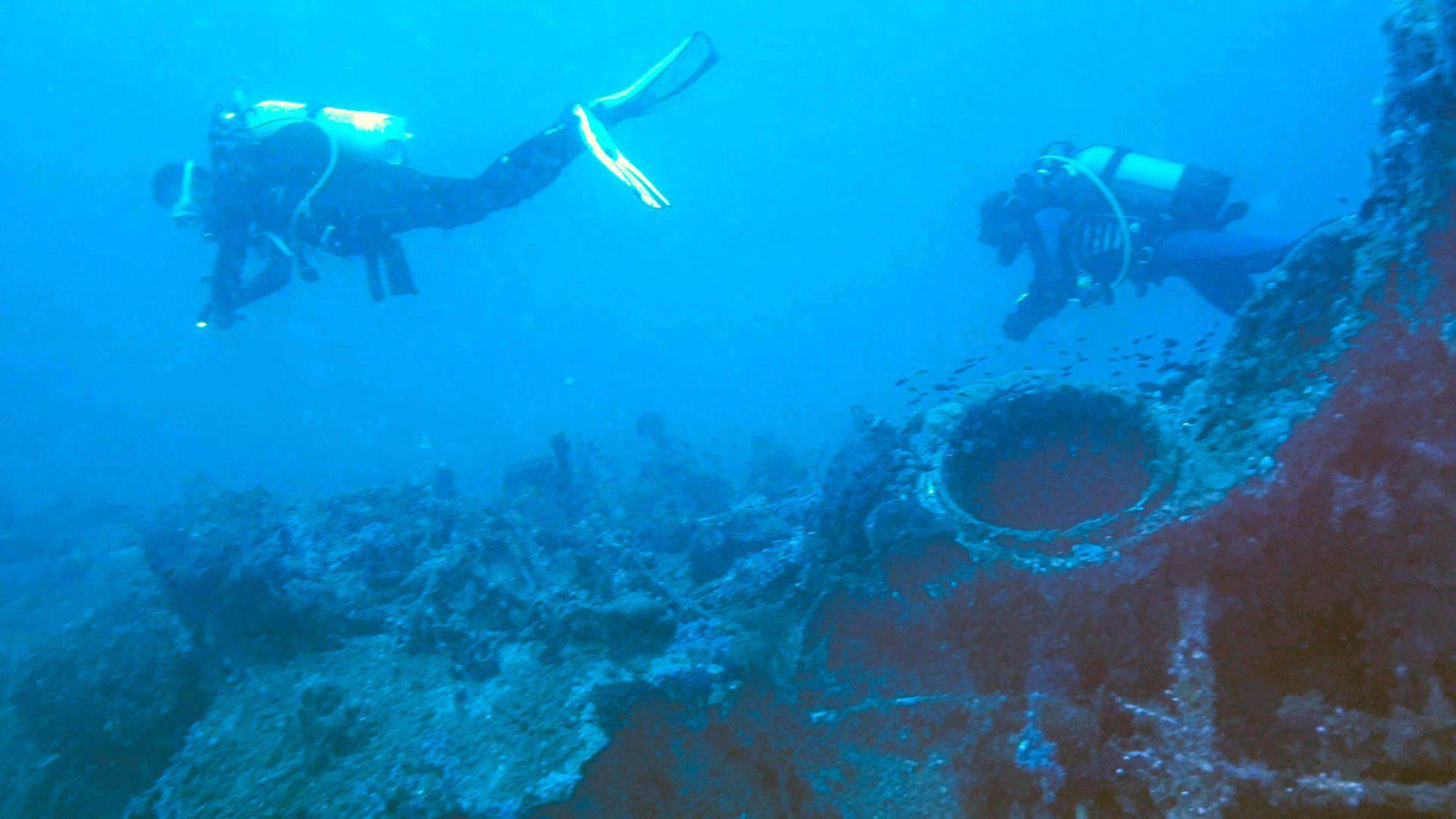 Engine-compartment hatch open on the wreck of the Ariane. (Picture: Adel Brahem)

Tunisian scuba divers have discovered the almost-intact wreck of French submarine wreck the Ariane, sunk during World War One.

Launched in 1914, the 54m Ariane (Q100) was one of eight Amphitrite-class submarines built for the French Navy before the war. She was torpedoed at the surface on 19 June, 1917, by Imperial German Navy minelaying submarine UC-22, with the deaths of 21 of the 29 crew.

The Ariane was found off the Cape Bon peninsula in north-eastern Tunisia on 21 September by divers from the two-year-old Ras Adar Dive Centre, based in the town of El Haouaria. Out checking possible locations for new wreck sites to visit, they came across the submarine on their first dive, at a depth of 50m.

Maritime-history experts later advised that the submarine could only be the Ariane, which had been based at the former French port of Bizerte during the war.

It is the first WW1 submarine to have been found off Tunisia, and only the third submarine from either war.

French submarines of the time were relatively crude submersibles that spent most of their time at the surface, and lacked sleeping quarters or sanitary arrangements. They would dive only for a few hours at a time during attacks, during which time all the crew would have to occupy the engine-room.

Many thousands of Tunisians and Algerians were mobilised to fight or labour in French factories during WWI.

German submarines such as UC-22 operating off North Africa were tasked with cutting France off from its African colonies, to prevent such reinforcements and supplies crossing the Mediterranean.

UC-22 was credited with sinking 23 ships during 15 patrols, and survived the war.