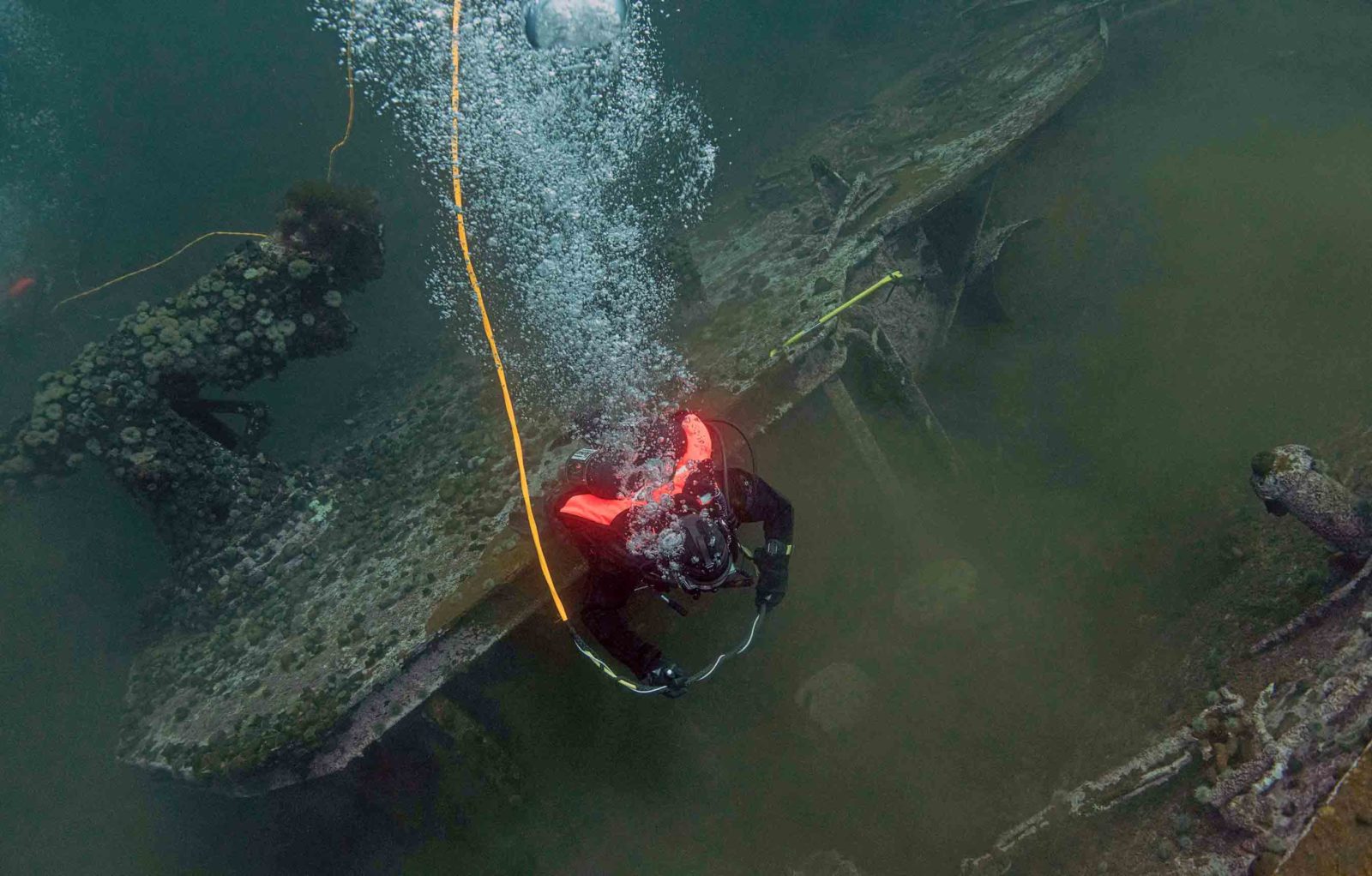 A week-long operation to make the famed WW2 ore-carrier wrecks off Bell Island in Newfoundland safer for recreational divers has been hit by poor weather and underwater access problems – but Royal Canadian Navy divers have succeeded in clearing unexploded ordnance from two of the four wrecks.

One of these was the Saganaga, a British vessel that had been anchored in Conception Bay on September 1942 when it was torpedoed and sunk by the German U-boat U-513. It lies between 27-37m.

Also swept clear was another U-boat victim, the Canadian Rose Castle (lying 33-48m deep), but another Canadian vessel the Lord Strathcona and the French PLM 27 have yet to be cleared of explosives.

Operating from the vessel HMCS Shawinigan, divers from the navy’s Fleet Diving Unit Atlantic succeeded in removing 82 artillery shells and two boxes of .303 rounds from the Saganaga and Rose Castle. The explosives were taken away in an armoured vehicle and later detonated safely at a range.

The divers’ use of surface-supplied air as opposed to scuba hampered them in  the windy, choppy conditions, while gaining access to some of the explosive devices proved more difficult than expected.

They were however able to carry out a reconnaissance of the Lord Strathcona and PLM 27, and plan to schedule another operation to remove the remaining ordnance.

Their mission was part of a Canadian government initiative to clear unexploded ordnance from its waters.

There were 60 deaths as a result of the four sinkings of the Battle of Bell Island in 1942, but the well-preserved wrecks have since become an international diver attraction.

DIVER magazine will be carrying a feature on the location in the coming months.