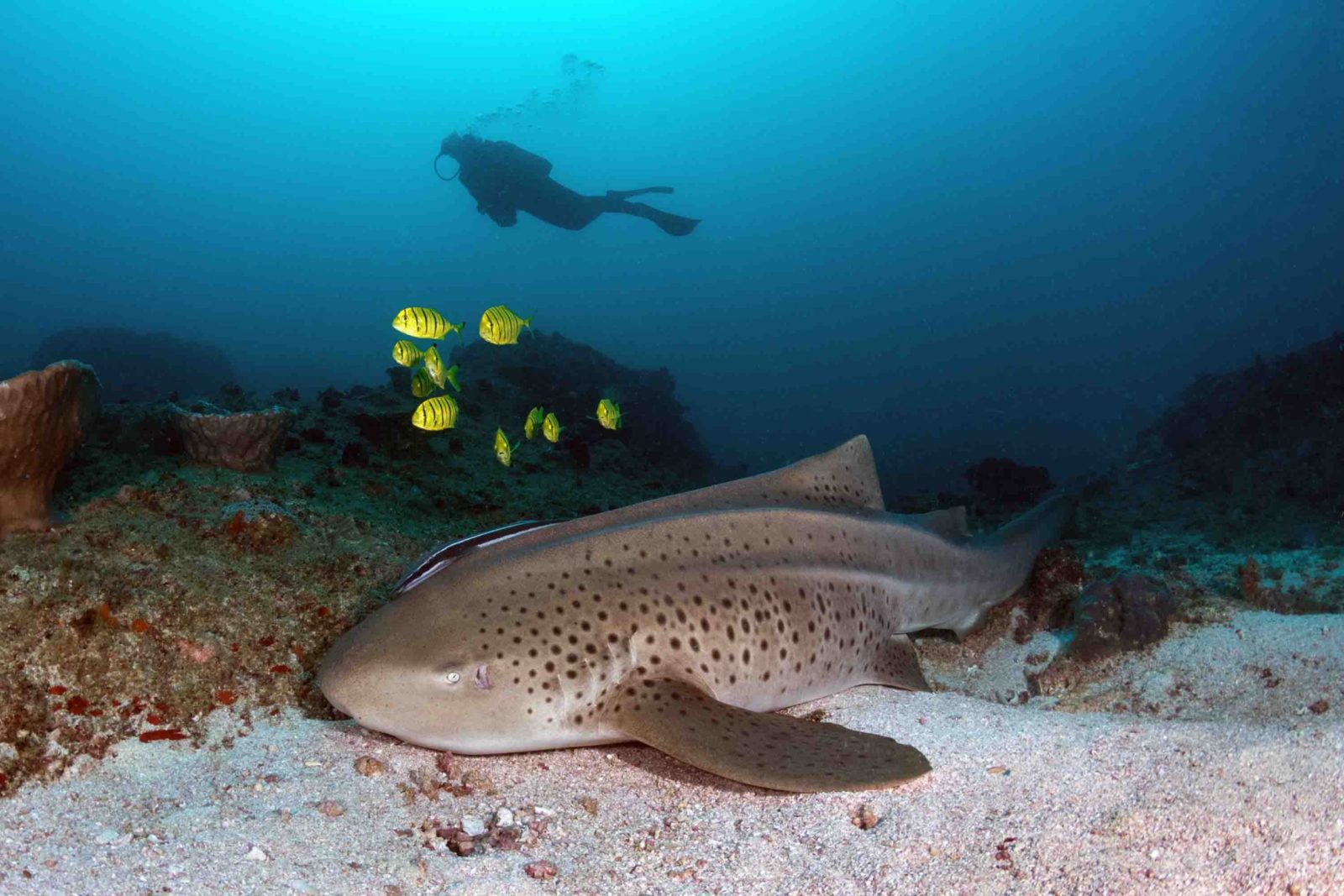 The existence of a key global hotspot and potential breeding area for leopard sharks has been revealed in Mozambique by the Marine Megafauna Foundation (MMF). Its new study was produced in collaboration with Swansea University and volunteer body All Out Africa.

Based on their findings, the scientists are recommending species-level protection and expansion of marine protected areas to safeguard the animals, which are also known as zebra sharks.

The team used underwater surveys and identification photos submitted by “citizen scientist” recreational scuba divers to track individual leopard sharks, which have unique spot patterns. Over the course of the study the researchers helped to create the Wildbook for Leopard Sharks, a global online database through which any diver can submit photos.

Images taken between 2010 and 2018 succeeded in identifying 90 individual sharks of both sexes, with 38% of them seen over multiple years, indicating an affinity for the area. More than 62% of the sharks were mature.

High frequency of both male and female adult sharks in a small area indicates a breeding area – a prime habitat for protection.

The scientists also interviewed 100 local fishermen to identify potential habitats, because they were likely to come across the sharks as bycatch in gillnets. The combined information was used to create distribution maps, with habitat modelling identifying further potential locations for survey.

“When used in combination, fishers’ observations and dive surveys can complement each other,” said lead author Saoirse Pottie. “Fisher surveys can collect sightings information at a wider spatial scale than underwater surveys, yet dive surveys are capable of providing more in-depth information on the movement and behaviour of individuals.”

Leopard sharks are IUCN-listed as Endangered but are not formally protected in Mozambique, with most of the suitable habitats identified in the study also unprotected.

“This is one of the world’s largest identified populations of zebra sharks and we should protect them, otherwise we could see them disappear, as has happened in parts of south-east Asia,” said MMF scientist and co-author Anna Flam.

The study is published in Ocean and Coastal Management.

Mozambique-based MMF was founded in 2009 to research, protect and conserve threatened sharks, rays and turtles globally.