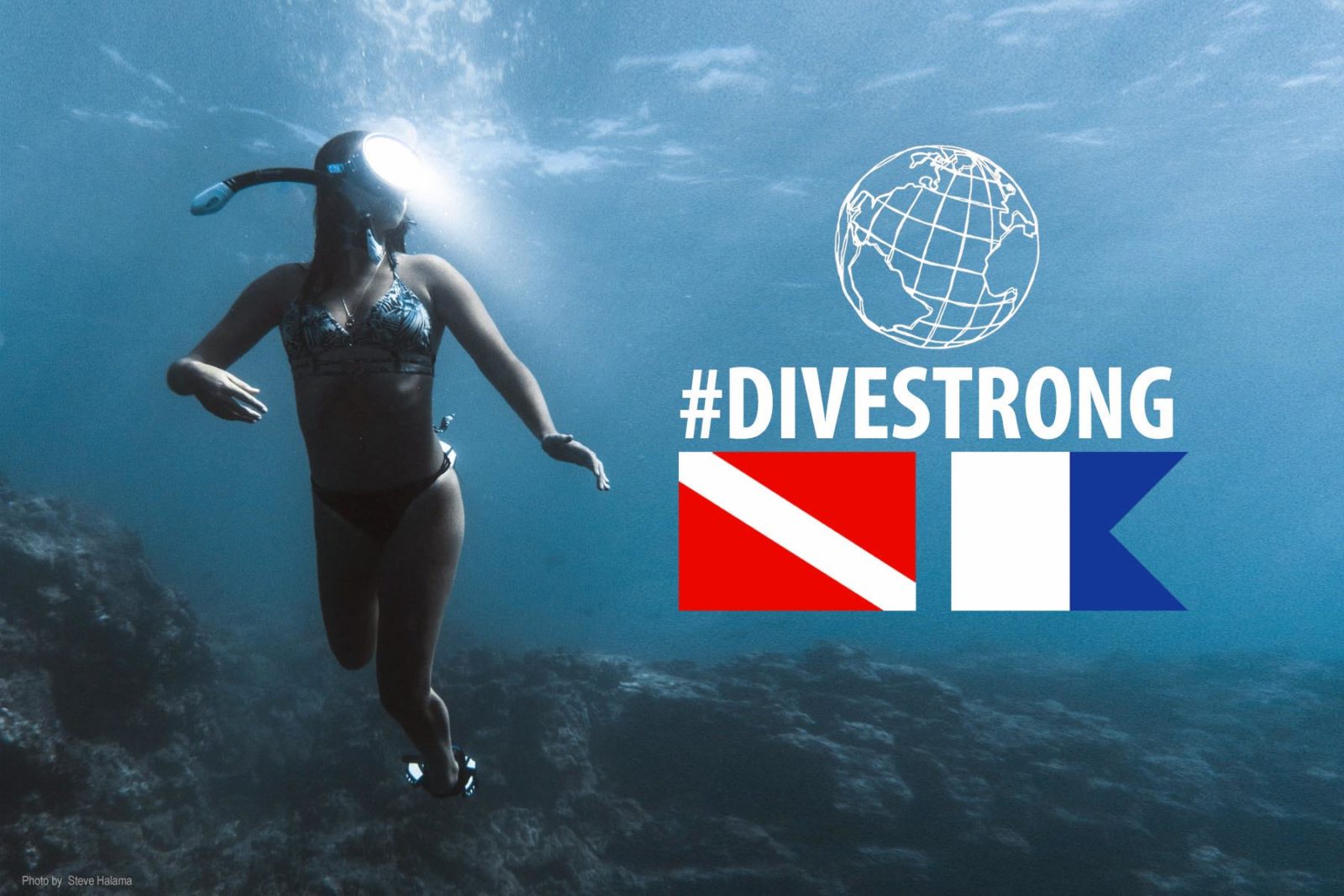 The diving world has been severely affected by the coronavirus pandemic, with many businesses already having closed their doors permanently and many more likely to do so soon. So say linked training agencies TDI and SDI, which have responded with a positive campaign called #DiveStrong to demonstrate global solidarity for the beleaguered industry.

The campaign is about raising morale, mainly through social media.

TDI / SDI says that nearly 200,000 divers from 20 countries have so far participated in the #DiveStrong campaign by flying the diver-down flag and “encouraging each other to stand together in this time of hardship”.

Divers are asked to create short personal videos stating their name, where they’re from and why they’re passionate about diving.

They then sign off by raising the red diver-down or blue alpha flag (improvising if they don’t have access to one) and saying “Hashtag DiveStrong”.

The videos are then shared on social-media accounts, including #DiveStrong in the posts. Overlays are available for Facebook profile pictures too.