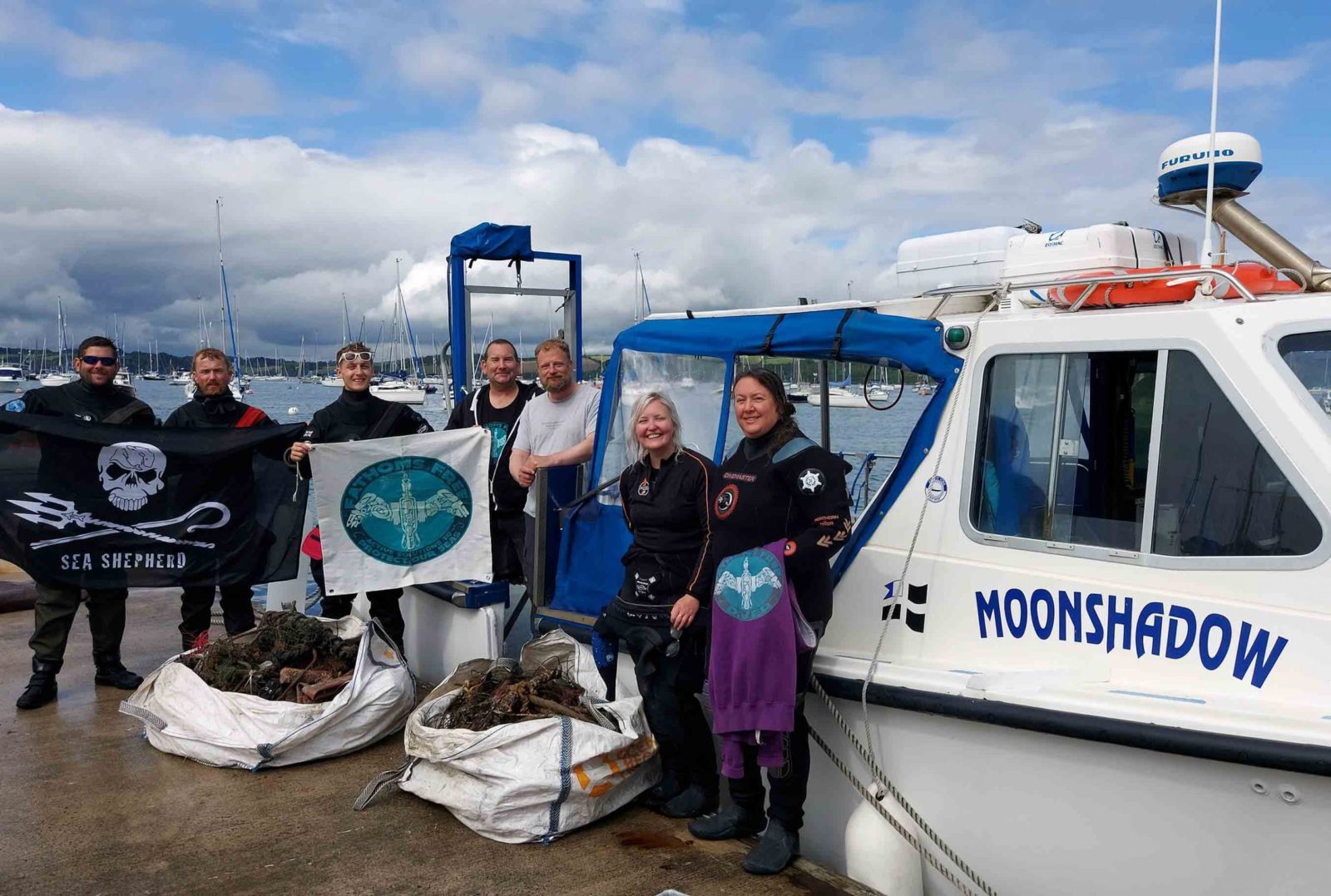 Volunteer divers have finally succeeded in clearing ghost-fishing gear from what had long been referred to as the “dirty wreck” of the Epsilon in Cornwall’s Falmouth Bay.

WW1 casualty the Epsilon sank in 1917 after hitting a mine laid by the German U-boat UC-17. The steamer had been travelling from South America to the Netherlands carrying a cargo of maize.

More than 2 tonnes of net, pots and ropes have been recovered from the 24m-deep wreck to be recycled or safely disposed of, according to Mark Milburn of Atlantic Scuba. The most recent in the series of project dives, on Saturday 10 July, was said to have removed the last medium-to-large pieces, leaving only remnants that were inextricably embedded.

“As a regular diver of the Epsilon with Atlantic Scuba, it’s great to see the wreck is finally clear of ghost-gear,” said Luke Bullus of Fathoms Free. “Clearing the wreck has been a great collective effort from all involved and it will be interesting to see if more lost and abandoned nets etc appear on the wreck in the future.

“Really looking forward to being able to spend more time taking photos of the abundance of marine life found on the wreck, rather than filling a mesh-bag of ghost-gear on every dive!”

“We are now in the position to have a cleared site to monitor closely and any changes can be documented and investigated for their origin,” said Fred Nunn of Ghost Fishing UK. “Plus, it is one of my favourite local wrecks so that’s a bonus!”

“As one of the most dived wrecks in Falmouth Bay, the quantities of nets lying around it made it a less pleasant experience,” added Milburn. “Every time we took divers there, they always commented on the large amount of nets.

“We had been picking away at it for a while but with Fathom’s Free and Ghost Fishing UK spending days on site, it certainly made it happen much faster. Our divers will be keeping an eye out, in case any more ghost-fishing gear turns up.”