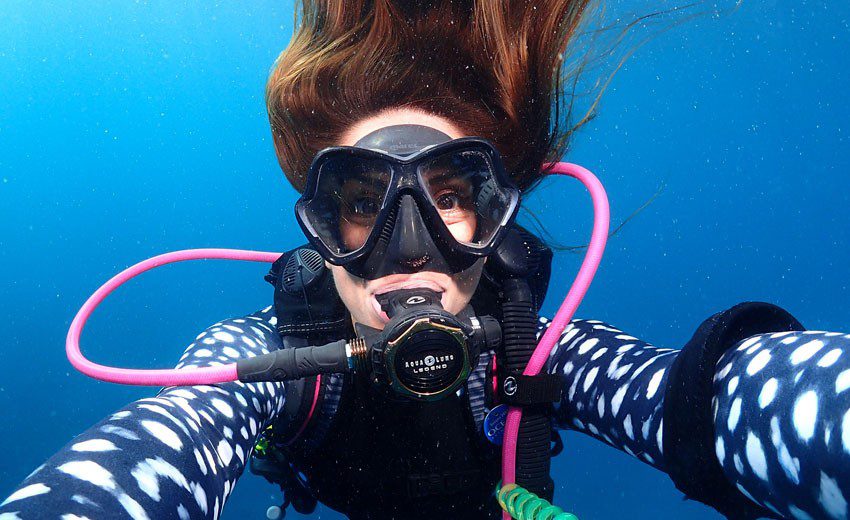 Saturday, 7 November sees the world’s first “Underwater Selfie Day”, according to diver training agency PADI, which has linked up with action-cam maker GoPro for the occasion. And there are cameras and cash to be won.

The international #UnderwaterSelfieDay initiative is designed to “rally people around the world to dive in and make a statement for ocean conservation” – by flooding social media with underwater photos and videos.

So participants can but don’t have to be diving on the day, simply sharing any favourite selfies that highlight the underwater environment as well as themselves.

They are asked to post their photo or video to Facebook, Instagram or Twitter on the day, tagging PADI and GoPro with #underwaterselfieday. A judging panel will identify the top post based on performance and style, composition and framing, and overall creativity.

Top prize is US $2000 and the recently launched GoPro HERO9 Black action-cam, with two more of the cameras going to the runners-up.

“For one day divers, water-lovers and action-sports enthusiasts will put a spotlight on the human connection to the ocean – showing millions of people around the world just how incredible it really is and why it’s worth protecting,” says PADI.

GoPro attributes its worldwide success to selfie culture. “We often say that the company really took off when our founder Nicholas Woodman decided to turn the camera around and capture himself,” said its global marketing vice-president Rick Loughery.

“The wide-angle views inherent to GoPro are perfect for capturing not only your expression but whatever experience you are immersing yourself in,” said Loughery, taking the opportunity to point out that the HERO9 Black is the first GoPro to be sold in eco-friendly plastic-free packaging.

It is also said to be the first model to offer a 23.6MP sensor to deliver 5K video with 14.7MP frame grabs and 20MP photos.

Find out more about #UnderwaterSelfieDay here.