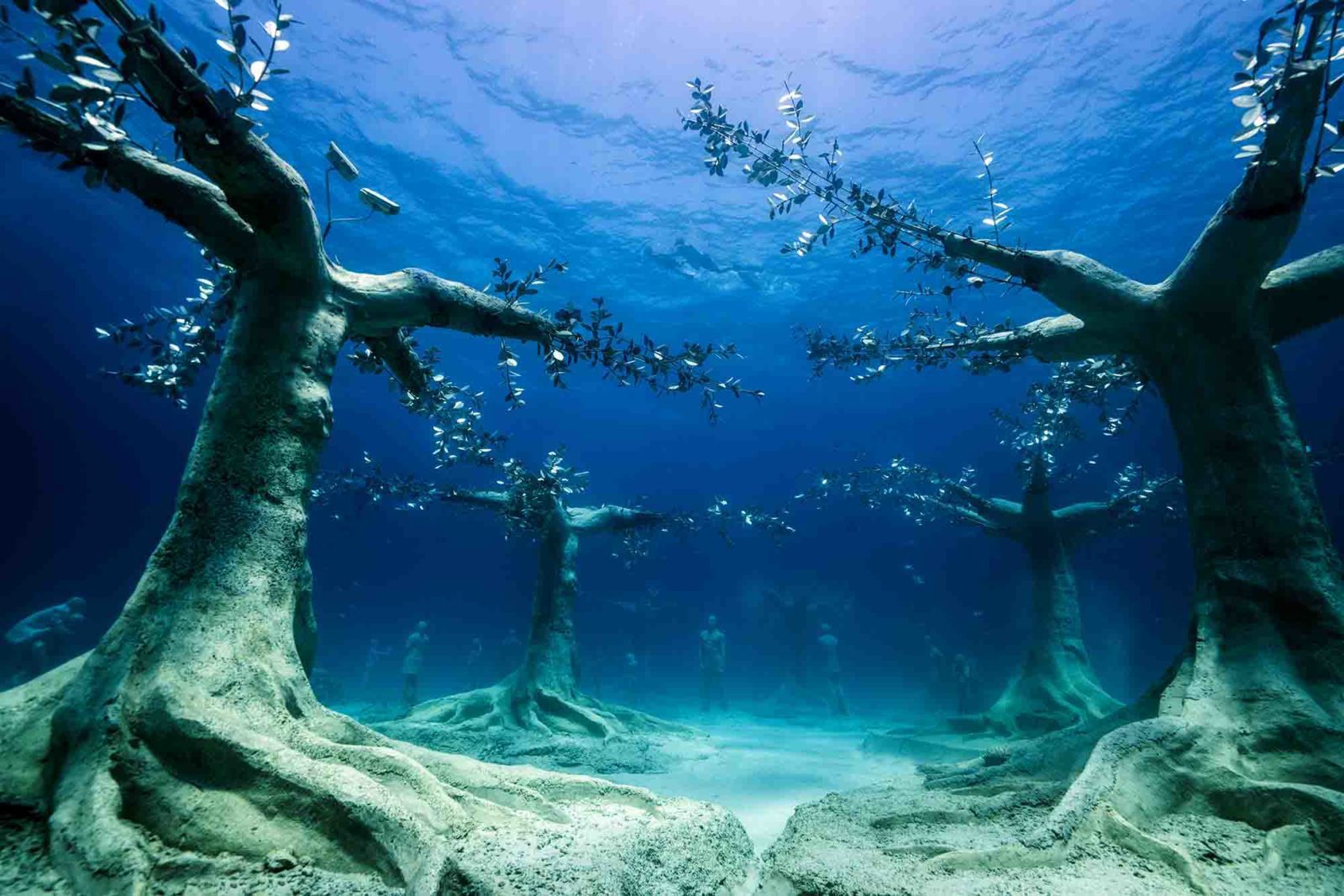 A well-populated forest is the latest underwater installation by eco-artist Jason deCaires Taylor, and the first sculpture garden for divers in Cyprus. Called the Museum of Underwater Sculpture Ayia Napa (MUSAN), it is located on the south-east coast and enables divers to take a guided tour among 93 integrated artworks in the form of trees and human figures.

Initially proposed in 2014 and four years in the making once it was green-lit, the 1 million euro project was a joint effort between Ayia Napa municipality, Cyprus’s Department of Fisheries & Marine Research and the Ministry of Tourism.

“Jason deCaires Taylor is an artist whose concern about the effects of climate change, overfishing and other human interventions has led him to various areas of the planet where, through his work, he has tried to create ideal conditions for the development of marine life at all levels,” said Minister of Agriculture, Rural Development & Environment Costas Kadis, speaking at the opening ceremony on Pernera Beach on 31 July.

“He succeeded, showing that there are also human interventions with beneficial effects on the marine environment.”

As always with deCaires Taylor’s work, the sculptures are made using inert materials with neutral pH to attract marine life, and are placed at various depths to create a suitable substrate for lifeforms at different levels.

They are set in what is currently a barren sandy area 200m from shore. With some of the trees floating just below the surface, the museum is easily accessible to snorkellers as well as scuba and freedivers.

Many of the figures depicted are of children. “Over the last 50 years children have become more excluded from the wild places that once existed,” says deCaires Taylor. “The forest children, camera in hand as they play hide-and-seek in the woods, point their lenses at the human race.

“They hope for a future in which the mystery and magic of nature will return. The need to re-wild our oceans is as pressing as the need to re-establish our connection to the natural world.

“The sculpted trees and the children that play among them will be consumed and colonised by marine biomass, providing food and shelter for a variety of creatures but importantly reminding us that we are natural ourselves.”

An extended interview with Jason deCaires Taylor from 2020, “The Diver Who Likes To Leave His Mark”, can be found on Divernet.