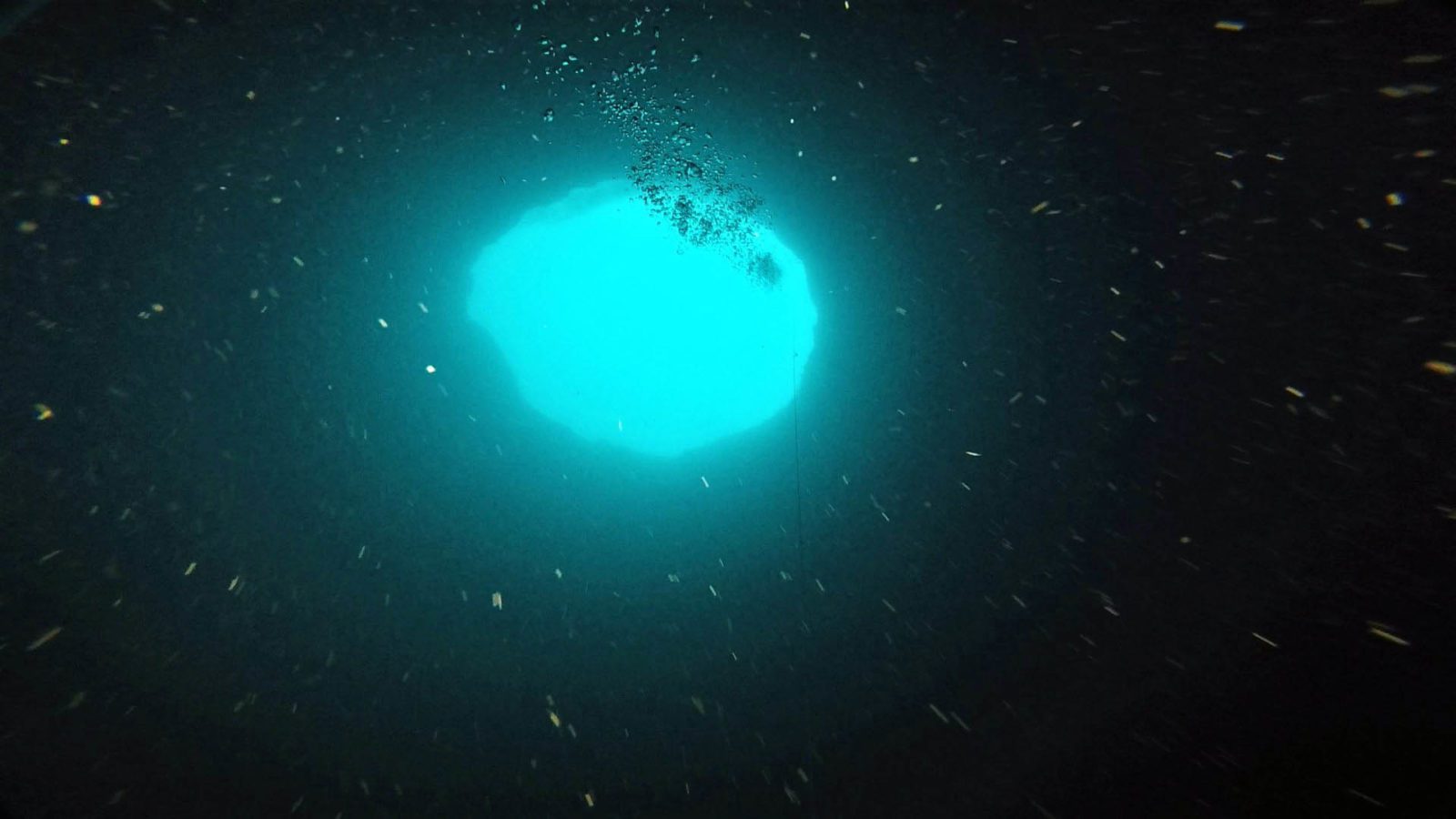 US scientists are about to explore a mysterious “blue hole” site in the Gulf of Mexico dubbed Green Banana this August, with a follow-up expedition set for next May.

Little is known about blue holes, says the National Oceanic & Atmospheric Administration (NOAA). Its Office of Ocean Exploration & Research is supporting the project, and it says that the distribution and abundance of such submerged sinkholes is unknown. Their openings can be deep beneath the sea’s surface and too small for an ROV to penetrate.

The first reports of Green Banana and other such sites came not from scientists but from recreational divers and fishermen, says NOAA.

Now they plan to use techniques they developed there to explore the hourglass-shaped Green Banana. Its rim is 47m beneath the surface and the bottom about 130m deep, making it particularly challenging to explore.

The 107m-deep Amberjack Hole work, with its 34m-deep rim, was the team’s most detailed blue hole investigation to date. They used scuba divers at full depth and deployed a “benthic lander”, a 270kg frame containing multiple scientific instruments, to sample the water and bottom sediments, documenting life around the rim and microscopic life throughout the hole.

Amberjack Hole turned out to contain large amounts of dissolved inorganic carbon, which can support certain kinds of life, including microbes. The scientists believe that nutrients rise from the blue hole, feeding larger organisms some of which drop into the hole to create a “positive feedback cycle”

This could explain the biodiversity of blue holes, which NOAA says can contain corals, sponges, molluscs, turtles, sharks and more.

At the bottom of Amberjack Hole the divers had been surprised to discover two dead but intact smalltooth sawfish, an endangered species, one of them 3m long.

With their forthcoming expedition the scientists hope to discover whether the blue holes are in fact connected to Florida’s groundwater; if they are secreting nutrients; whether such micro-environments harbour unique or new species of microbes; and whether the blue-hole area should be protected.