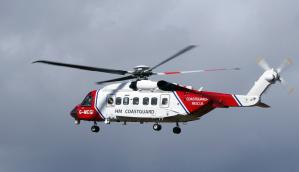 UK diving incidents involving decompression illness are falling, but where DCI does occur the increasingly common factors appear to be diving below 30m and repeat diving – and too often apparent symptoms are shrugged off by divers.

That’s one of the findings in the British Sub Aqua Club’s Diving Incident report for 2019, published this month. UK diving’s national governing body moved to reporting by calendar year for the first time last year.

The report analysed a total of 271 incidents throughout the UK and others overseas, and includes comprehensive synopses as case studies from which it’s hoped divers can learn lessons.

The number of incidents reported in 2019 was slightly up on the previous year, reflecting what BSAC believes was an increase in diving activity including an early start to the season, as well as inclusion of incident reports from Ireland, provided by the Irish Underwater Council.

BSAC says that age and potential related health and fitness issues could still be critical factors among fatalities, and that there were “strong indications” that pre-existing medical causes or immersion pulmonary oedema (IPO) remained factors in a number of diving deaths.

The number of fast ascents increased, with indications that the increase was related either to failed deployment of delayed surface marker buoys or equipment malfunctions.

In a number of incidents, evident symptoms of DCI had been dismissed as allergic reactions or explained by tiredness or physical trauma, with treatment sought only when symptoms persisted over an extended period.

BSAC Incidents Advisors Prof Clare Peddie and Jim Watson, who compiled the report, caution divers that DCI symptoms should not be dismissed even where missed stops or a fast ascent are not a factor, because of the risks involved with repeat diving and diving below 30m.

They also stress the importance of ensuring that equipment is regularly serviced and replaced once past its recommended life-span.

“As has been stated for over 50 years in our annual report, most of the incidents reported within this document could have been avoided had those involved followed a few basic principles of safe diving practice,” they write.

Most of the incidents in the report are derived from BSAC’s incident reporting forms, which are supported by all diving agencies in the UK and Eire, with additional data supplied by the  Coastguard, RNLI, Ministry of Defence, PADI EMEA and RoSPA.

The report can be downloaded here.