Divers with a stake in the past

Divers with a stake in the past 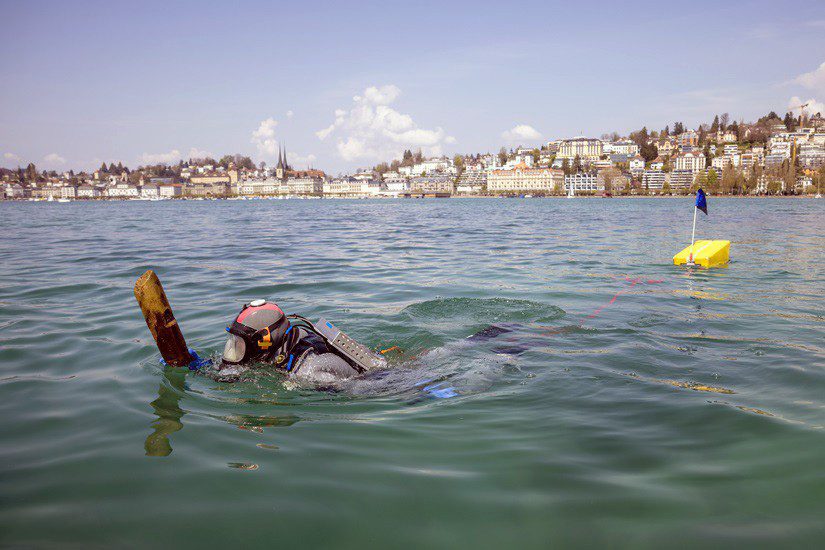 Well-preserved wooden stakes recovered by scuba divers have revealed the Swiss city of Lucerne to be some 2000 years older than had previously been thought.

Lucerne lies in the German-speaking part of central Switzerland on the lake that shares its name. Last year, plans to dredge the thick lake mud to lay a water pipeline offered underwater archaeologists their first opportunity to investigate beneath the surface, and in December a team of divers from Zurich began work on behalf of the Canton of Lucerne.

Working through to February at depths of only 3-4m, the divers checked and documented the trenches being dredged. They found traces of a prehistoric settlement in the form of some 30 timber pilings and five ceramic shards that analysis showed to be 3000 years old.

The evidence of the building of stilt houses means that a city usually described as “mediaeval” in fact originated in the Bronze Age.

“The city of Lucerne was founded 800 years ago, but its history is older,” says the canton.

A few scattered Stone and Roman Age finds had previously suggested that Lucerne “did not arise out of nothing” in the early Middle Ages, but the lake mud had held the secrets of its origins. The village had been built on dry land around 1000 BC, when the lake water level would have been 5m lower than it is now.

The canton has pointed out that 2021 is the 10th anniversary of “prehistoric pile dwellings around the Alps” being placed on the UNESCO World Heritage list.