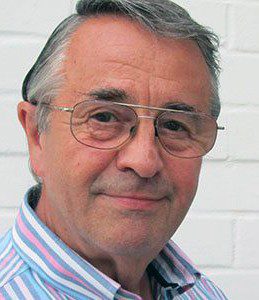 A vast amount of diving knowledge and experience has gone with the death of Dr John Bevan at the age of 77 – although the veteran UK diver has left behind a considerable body of work in print.

An acknowledged expert on diving history, Bevan was founding chair of the Historical Diving Society (HDS) and remained so until his death on 3 February. Messages of condolence were said to be pouring in to the society today. He was also the editor of DIVER magazine’s sister-publication Underwater Contractor International.

After graduating in zoology and physiology in 1967, Bevan spent five years working for the Ministry of Defence, becoming head of the Environmental Factors Section in the Royal Naval Scientific Service.

During this time, in March 1970, he and colleague Peter Sharphouse established a new world deep-diving record without getting wet at the RN Physiological Laboratory, when they spent 10 hours at a simulated depth of 457m of sea water.

The dive was 90m deeper than had been predicted possible at the time, and was acclaimed internationally as a “hyperbaric Moon landing”.

Bevan also gained a master’s degree in the neurophysiology of deep diving in 1970, and would continue working in the diving industry for the next 50 years. Qualifications acquired along the way included Royal Navy Ship’s Diver Officer, Professional Diver, Saturation Life-Support Supervisor and BSAC First Class Diver & National Diving Instructor.

His next role was as technical manager in the training & safety department of Comex, the French engineering specialist in deep-diving operations, and he later became diving consultant at Comex John Brown.

In 1976 he set up an underwater engineering consultancy on his own account in the form of Submex, a company that went on to publish Bevan’s still-influential Professional Diver’s Handbook.

In 1990 he gained his doctorate, in the development of diving equipment. This was also the year that saw the inauguration of the HDS, with Bevan as chair. The idea of the society sprang from a letter published in DIVER magazine by the diver who became its secretary, Nick Baker.

Over the years, Bevan served as chairman both of the BSAC Jubilee Trust and the Society for Underwater Technology Diving & Manned Submersibles Committee. He also became collections manager of the Diving Museum in Gosport, Hampshire, where he was based with his wife Ann.

His books and monographs about early divers and diving equipment included The Infernal Diver, The First Treasure Divers, and Another Whitstable Trade. He also wrote Operation Tadpole, which dealt with Britain’s human torpedoes of World War Two.

In mid-2019, by which time Bevan was already being treated for cancer, he published his last book Crabbgate, about the controversial British diver (and part of the Tadpole team) Lt-Cdr Lionel Crabb.

Crabb vanished on an MI6 spy mission in 1956, and a conspiracy-theory industry grew up around the incident, but Bevan’s typically meticulous research and grounded work threatened to be the last word on the subject.

As DIVER said of Bevan’s final book: “With Crabbgate, he sticks a confident pin into the balloon of far-fetched theories.”