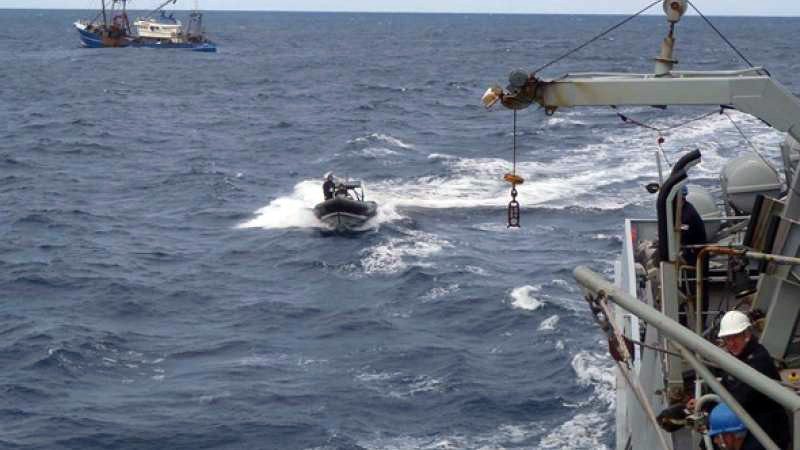 Newcastle Crown Court has convicted Dutch salvors of illegally scrapping a WWI-era shipwreck in the English Channel, and the company has been charged around £240,000 in fines and costs.

Maritime Management Organisation (MMO) officers, acting on information received, were aboard patrol vessel HMS Severn when it intercepted the salvage ship Friendship 70 miles south-west of the Isles of Scilly in August 2016.

They found some £90,000-worth of copper and steel that had been raised from the wreck of the steamship Harrovian.

Built by Bartram & Sons of Sunderland in 1914, the merchant vessel was sunk by the German submarine U-69 in the English Channel in 1916, en route from New York to Le Havre.

The crew were given time to abandon ship before the U-boat sank Harrovian with its deck-gun, but the vessel went down with a cargo said to include more than 1000 tons of copper bars, worth around £5 million today.

A party from the Severn boarded the Friendship and found that the captain, Walter Bakker, had no salvage licence. The vessel was impounded and sailed to Falmouth for further inspection.

Bakker and the ship’s owner Friendship Offshore bv were accused by the MMO of carrying out three unlicensed salvage operations at the wreck-site.

At the initial hearing in February this year, the defendants pleaded guilty. Bakker admitted to having no licence, and to manipulating the vessel’s Automatic Identification System to avoid detection.

The sentencing came six months later, with Friendship Offshore fined £6000 with £45,000 costs, and a Proceeds of Crime Confiscation Order against the company agreed at £609,000, with an actual realisable amount assessed at £190,000, to be paid within three months. Bakker was fined £2000.

“This positive outcome was made possible by strong team-working between the MMO, Historic England and the North-east Regional Asset Recovery Team,” said the MMO. “This case is very important and shows that we will take action against those deliberately avoiding the required consents in order to make a profit.

“The ss Harrovian is an important heritage asset, and this result sends out a clear message that vessels of this nature should not be exploited.”