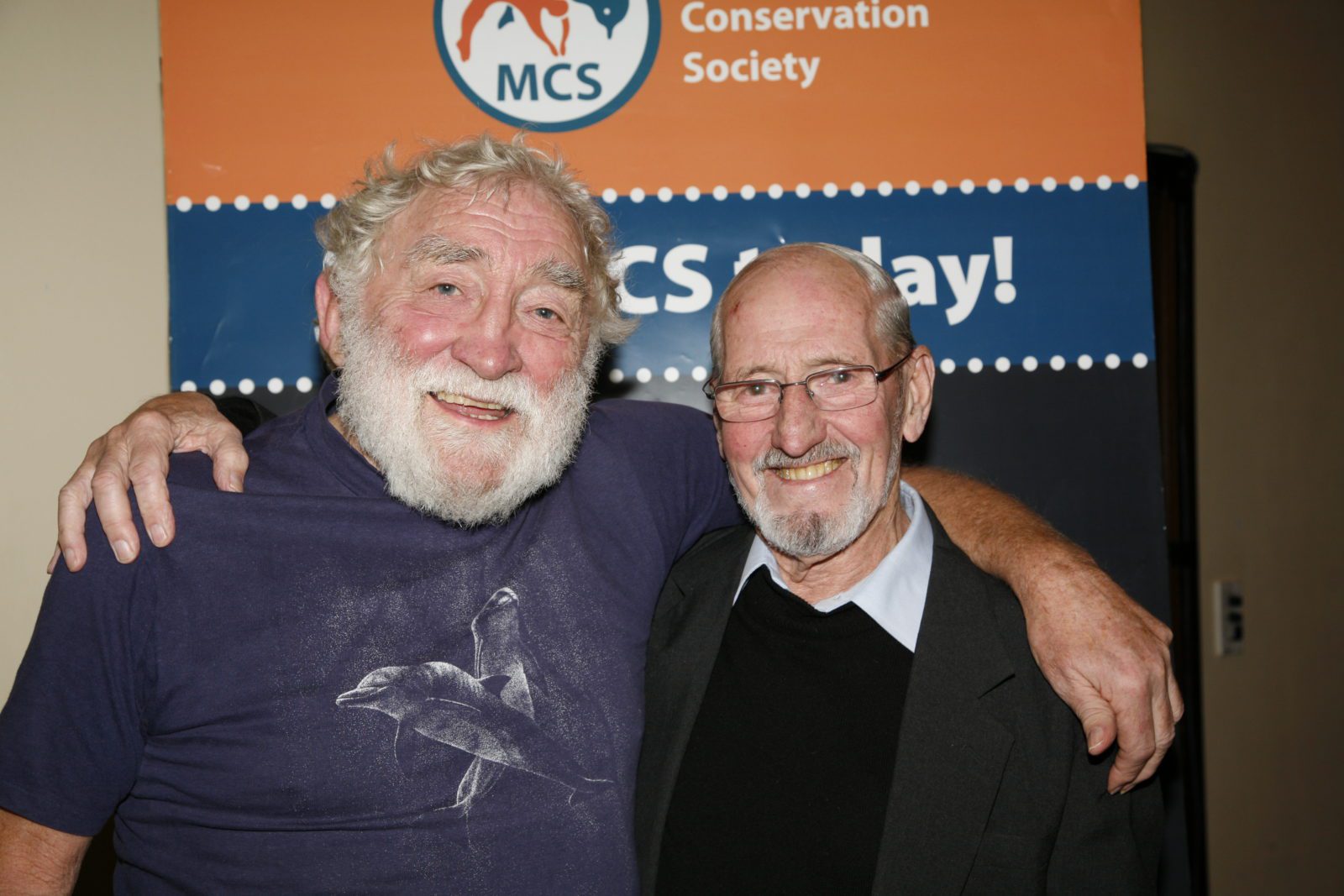 Environment activist, scientist, broadcaster and diver David Bellamy OBE who, among his many roles, was DIVER magazine’s biology consultant, has died aged 86.

Bellamy’s connection with scuba diving went back to the 1960s, but it was a friendship with DIVER’s Editor, the late Bernard Eaton, that was to have a particularly significant outcome.

Eaton was organising the high-profile Brighton Conference for divers in 1965. “I groaned when someone suggested as a speaker some botanist chap called David Bellamy from Durham University, whose subject would be marine pollution,” he said years later.

“Marine pollution? At a diving conference? All I could think of doing was to put him on first thing Sunday morning, when hungover divers would still be drifting in.

“That was the first time I met a long-standing friend and probably the world’s most travelled and eloquent conservationist… there was rapturous applause by the end of his talk, and David became a fixture at Brighton Conferences thereafter.”

The society changed its name four years later to the Marine Conservation Society to broaden its appeal, and today the MCS remains a leading environmental group, Bellamy having remained its honorary vice-president.

David Bellamy was born in 1933 and grew up in London, but his burly frame prevented him from achieving his early ambition of becoming a ballet dancer, and at 14 he replaced that passion with rugby, the source of his spectacularly broken nose.

“I couldn’t sing tenor, I couldn’t speak languages, I couldn’t do maths but God, I could remember Latin names,” he told DIVER’s current Editor Steve Weinman in an interview in 1993, and this led him to study botany and then phyto-sociology, the study of plant communities.

Gaining his doctorate in 1960 he lectured at Durham University, specialising in both peat bogs and coral reefs: “I liked having wet feet,” he said.

During the 1960s Bellamy was given a £3000 grant to produce a report on pollution on the UK’s North-east coast and dreamt up Operation Kelp, bringing in hundreds of volunteer scuba divers to survey kelp-beds. Following up with Operation Starfish, the initiatives highlighted the value of what are now called “citizen-scientist” divers.

In 1967 he became known to television audiences as an environmental commentator following the infamous Torrey Canyon shipwreck and oil spill in Cornwall. This led to appearances in hundreds of TV programmes on scientific and ecological issues and the first of the many series he fronted, 1970’s Life In Our Sea, as well as more than 40 books.

In 1972 he was scientific leader of the first joint services expedition to survey the coral reefs of  the Egmont Islands in the Indian Ocean’s Chagos Bank, and years later described the pristine diving there as the best he had ever experienced.

Bellamy’s larger-than-life persona, reputation as an environmental activist and a voice that no comedy impersonator could resist kept him in the public eye for the next 30 years.

He was among the first divers to publicise the fact that the sea was being used as a dumping ground for sewage and rubbish. And he knew how to command headlines to make his points. In 1984, for example, he made a splash by jumping fully clothed off the pier in St Abbs Harbour while opening Britain’s first voluntary marine reserve.

In 1997 he stood unsuccessfully against then-Prime Minister John Major for the Eurosceptic Referendum Party in Huntingdon, and blamed this on his subsequent disappearance from TV. However, what proved most controversial were his views on climate change.

He had been early to warn in the 1980s that the “Greenhouse Effect” would melt polar ice-caps and cause widespread flooding. Yet in 2005 he stated that he had changed his views, based on scientific data that would later be discredited. This caused a rift with some of the environmental organisations with which he was involved, such as the Wildlife Trusts.

Though an ardent environmental campaigner he could often rile conservationists with his outspoken views.

Regarding the 1990s Green movement as an “endangered species” because of infighting, he told Weinman in the 1993 interview that “they all want to be Jesus Christ Superstar and therefore there is friction, rather than saying let’s hold hands and solve problems”.

He summed up the problems of the world as “people, pollution and profligate profit”, adding: “I don’t actually think I do anything – I just happen to have a loud mouth.” Many people would take issue with his modesty on that score.

Bellamy lived with his wife Rosemary in County Durham and had five children, of whom four were adopted.