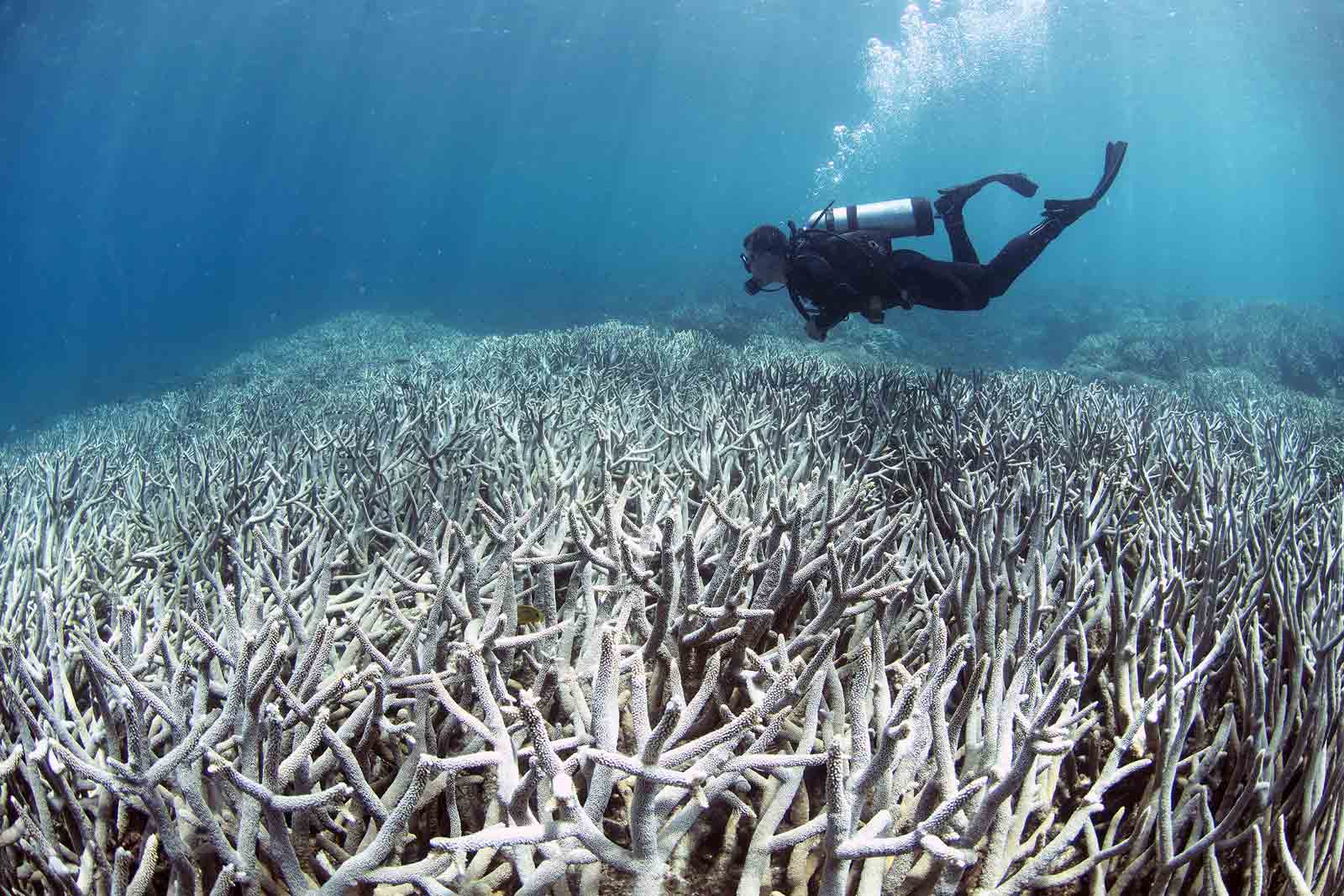 It appears that the last resort for scuba divers seeking healthy coral reef if ocean-warming continues unchecked will be Equatorial waters, which include countries such as Indonesia, the Maldives and Kenya.

Scientists from Florida Institute of Technology and the University of California at Santa Barbara have teamed up with US-based citizen-science organisation Reef Check to study data from 3350 coral-reef sites in 81 countries, collected between 1998 and 2017.

They found that while rising sea-surface temperatures drive more frequent and intense coral-bleaching episodes in tropical oceans, those reefs at or near the Equator, where coral diversity is highest and there is a high variability in water temperatures, are the least affected.

The highest probability of bleaching occurred 15-20 degrees north and south of the Equator, despite temperature levels there being similar to those at Equatorial sites. The researchers can’t sat why this is, but suggest that it could be connected to the high diversity of Equatorial coral species, including types that are less susceptible to temperature change or more accustomed to warmer water.

Also revealed by the survey was that over the past decade coral-bleaching had occurred at temperatures around half a degree Centigrade higher than in the previous decade. This suggested that surviving coral populations were adapting to have a higher thermal threshold.

The results underline the need for better global modelling of the effects of climate change, say the researchers.

Their study is published in Nature Communications .