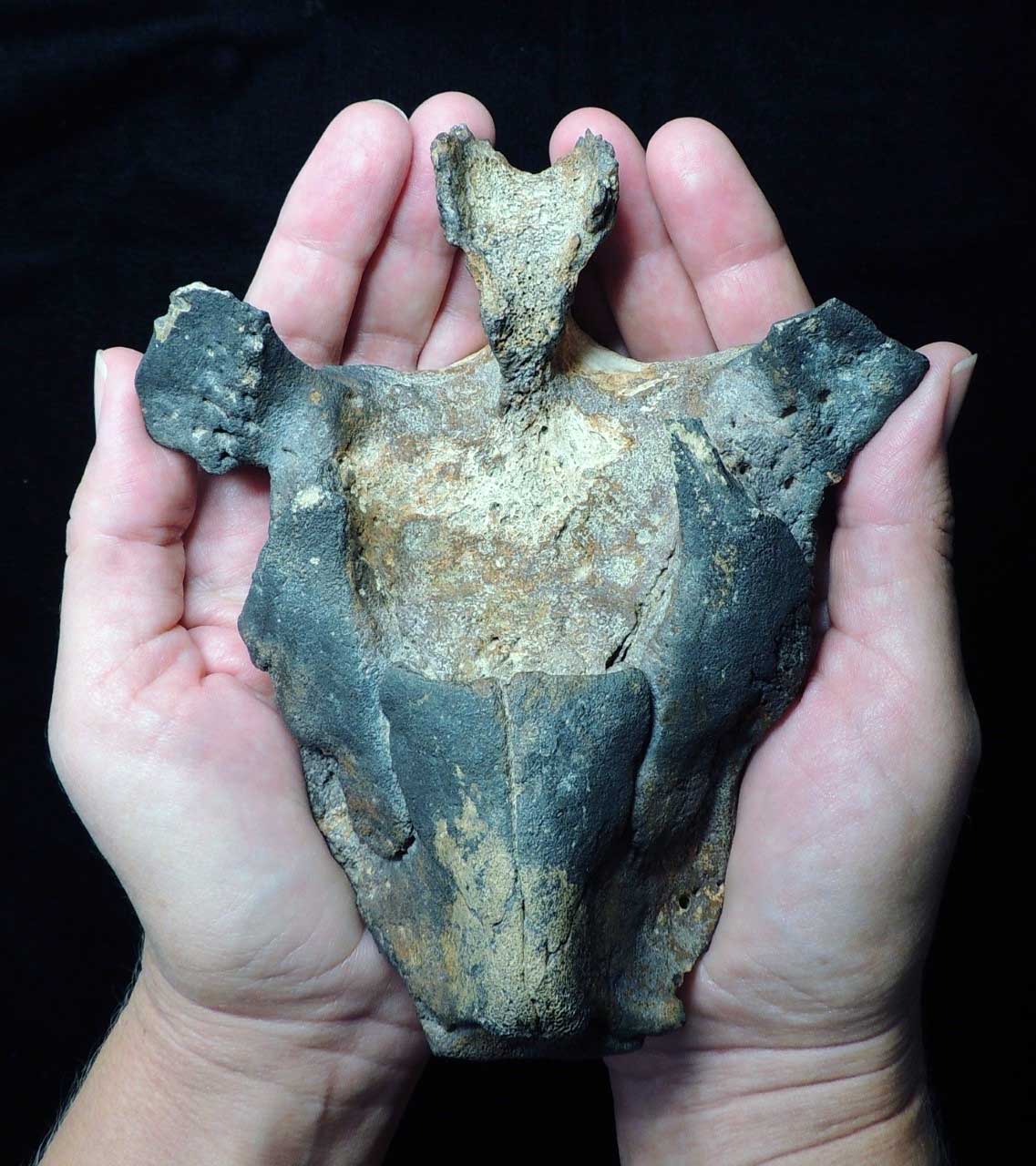 A new species of extinct dolphin has just been named – after a scuba diver. US underwater fossil-collector Ron Ison found the fossilised partial skull of the new-to-science fish on a riverbed in North Carolina.

The dolphin would have lived in the ocean in prehistoric times. It has now been named Isoninia borealis after Ison, with the suffix “inia” referring to the Amazon pink river dolphin (Inia geoffrensis) to which his find is most closely related.

The species name “borealis” refers to the fact that Ison’s find is the only known specimen to have been discovered in the Northern Hemisphere.

The diver found the skull on a dive in what was described as “the murky, fallen-tree entangled conditions” of North Carolina’s Meherrin River. He later donated it to the Calvert Marine Museum (CMM) in Solomons, Maryland

“It is a one of a kind,” commented CMM curator of paleontology Dr Stephen Godfrey of the find.

“Obviously, the fossilised remains of some extinct species are exceedingly rare. Although this skull is incomplete, enough of it was preserved to show that it is unlike any other known dolphin – living or extinct.

“Because of its uniqueness, it could be given a new scientific name. What this new dolphin demonstrates is that during the Miocene epoch [6-7 million years ago], some relatives of the Amazon river dolphins were oceanic and far removed from South America.”

Dr Godfrey is lead author of a paper about Isoninia borealis that has just appeared in the journal Fossil Record.