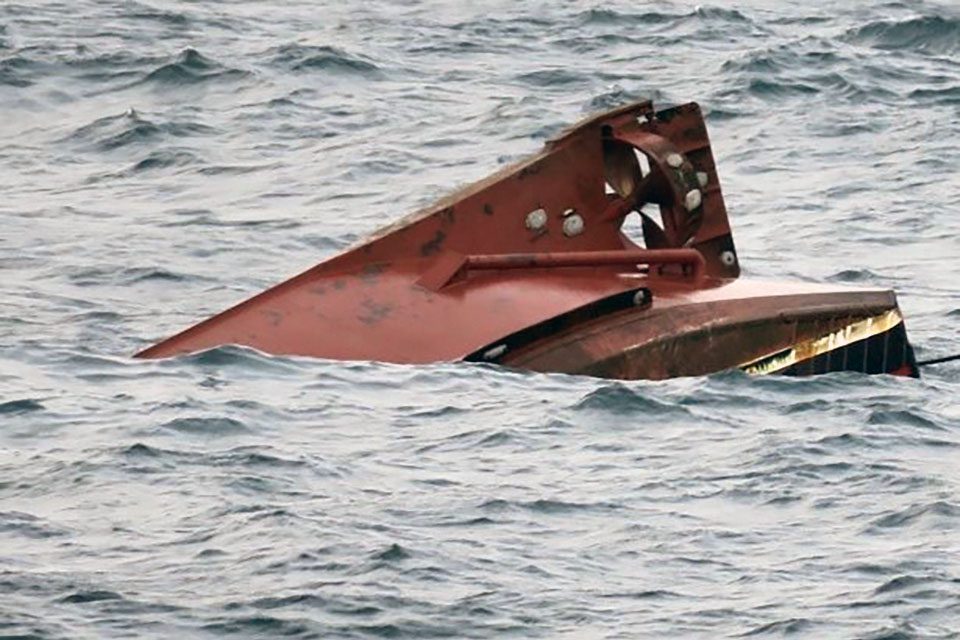 A Royal Navy diver who risked his life recovering a drowned man from a sinking fishing-boat is to be honoured for his bravery with the award of the Queen’s Gallantry Medal.

Leading Diver Simon Wharton, 37, was part of a team that attempted to find the owner of mv Solstice, which had capsized and been driven towards rocks seven miles south of Plymouth on 26 September, 2017.

The 10m scallop-dredger had recently been modified to operate as a stern-trawler, and the owner along with the skipper and crewman were trying to haul a dangerously heavy catch on board when the vessel became unstable.

The men had no time to raise the alarm before entering the water, and carried no location devices. It was only when the boat failed to return on time that the Coastguard were alerted.

Lifeboat crew rescued the skipper and crewman more than five hours after the start of the incident, but LD Wharton continued to search the upturned vessel for the owner, who it turned out had been trapped in the wheelhouse.

He managed to locate him in pitch-black conditions – the man had drowned but, despite knowing that the ship could plunge to the seabed at any moment, LD Wharton brought the body out with him.

He was led to safety through tangled lines and netting by LD Joshua Smith, who received a commendation for his role in the rescue last year. LD Smith is with the Clearance Diving Group and LD Wharton is now with Fleet Diving Unit 1, both based in Portsmouth.