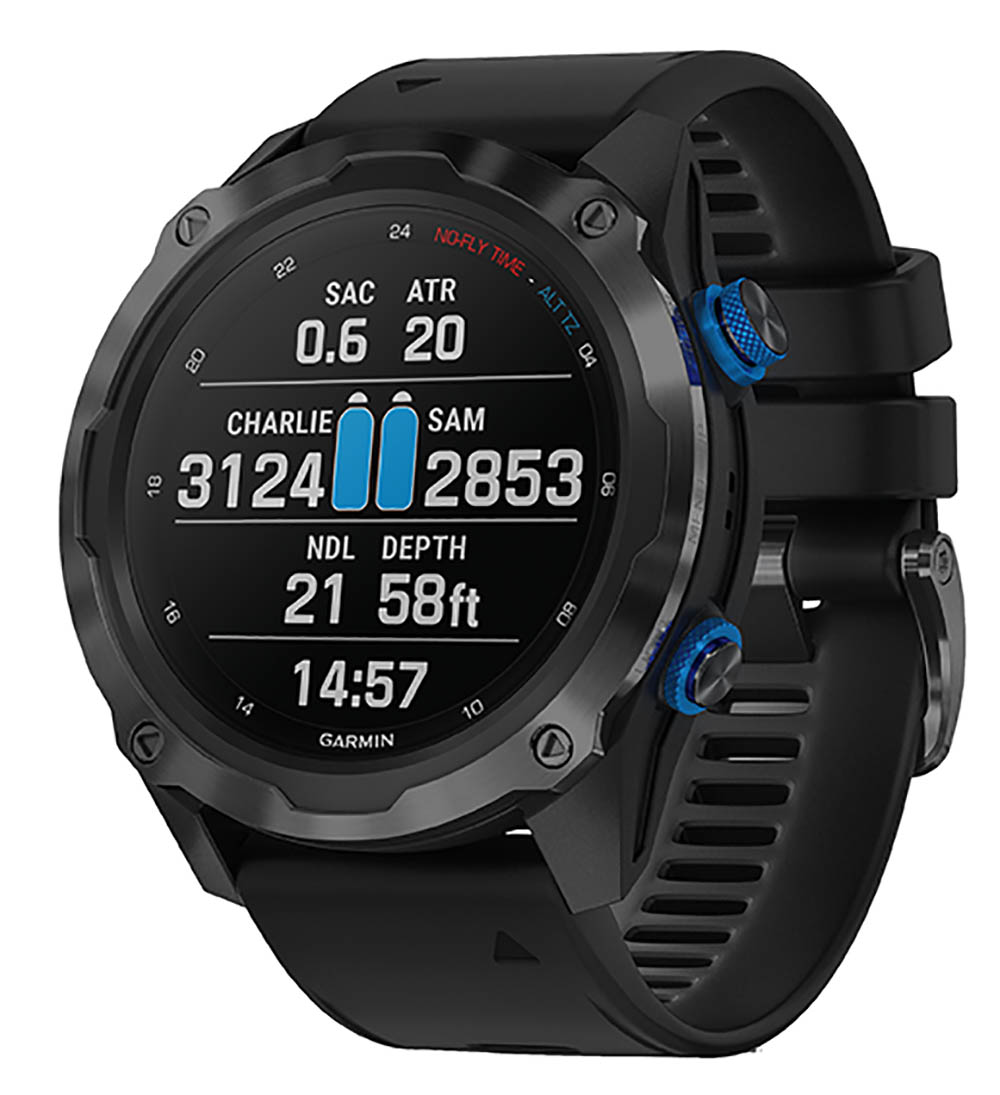 What don’t these new Garmin Descent dive-computers do? They are claimed to be far more than mere dive-computers, in fact, in the way they can handle apnea, open-circuit air, nitrox, trimix and mixed-gas rebreather diving.

Using an optional sonar transmitter, the 2i can additionally display as many as five different tank pressures simultaneously from as far away as 10m.

At the surface, when linked to Garmin’s In Reach network, the Descent can send and receive texts and even generate an SOS that provides your GPS location to rescuers. Surface-sports features include ski-mapping, GPS tracking, heart and respiration monitoring, oxygen measuring and more.