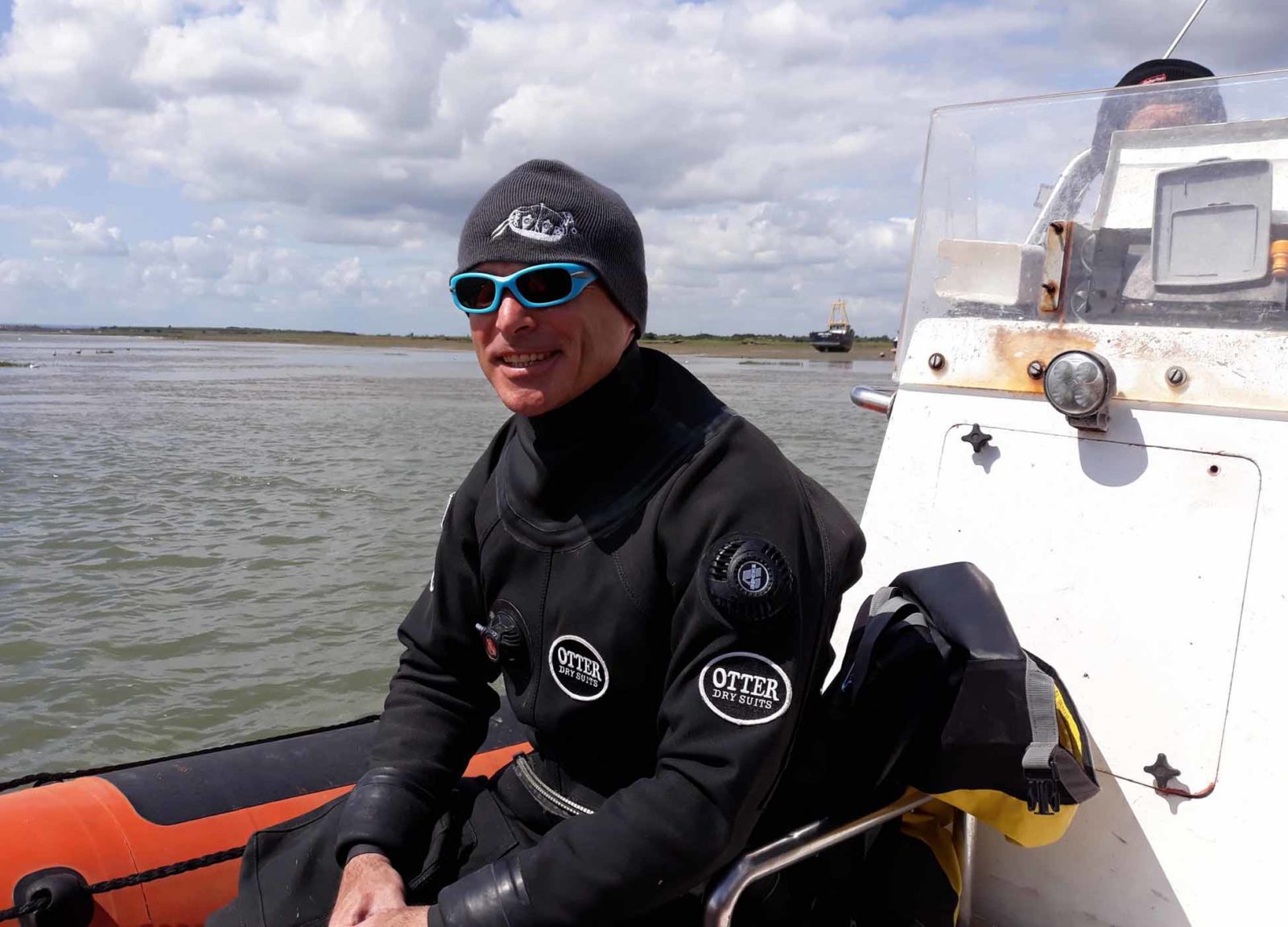 Mark Beattie-Edwards heading out to dive the London.

DIVE 2020, which celebrates 30 years of Dive Shows at the NEC Birmingham at the end of October, has just announced the first of an extensive line-up of guest presenters – archaeological diver Mark Beattie-Edwards.

His topic will be the wreck of 17th-century warship the London, and plans to raise it from the Thames Estuary in what will be the biggest such initiative in Britain since the lifting of the Mary Rose (an event predating even the Dive Show!)

The London, the only surviving second-rate Cromwellian warship, had the distinction of sailing with the fleet that restored Charles II to the English throne. It sank following an accidental explosion in 1665 and was rediscovered in 2005, but is now on the Heritage at Risk register.

Shipping traffic, dredging and the elements have been disturbing the silt that has preserved the wreck for more than 350 years. The dedicated London dive team is engaged in a race against time to find, record and recover its remains.

“We need to make this historic shipwreck safe as quickly as possible and as soon as funds are in place,” says Beattie-Edwards of the proposed raising of the wreck. “It will be a very complex and expensive operation.”

The hope is that the London project can borrow from proven Chinese technology.

Twenty years after the medieval merchant wreck Nanhai No 1 had been found buried in silt in a Guangdong estuary in 1987, it was raised in one piece using a bottomless steel box with sharp edges that were driven into the seabed around it.

The surrounding area was dug out, and steel sheets used to close the box from below before lifting it. The wreck was relocated to a museum with a seawater tank replicating the conditions in which it was found, and archaeologists were able to continue excavating the vessel in controlled conditions, in view of paying visitors.

Mark Beattie-Edwards is CEO of the Nautical Archaeology Society, which trains archaeological divers in the UK among its many activities. It is also involved in another exciting excavation, that of the 18th century warship HMS Invincible – look out for a separate presentation at the Dive Show.

To keep abreast of the star divers and other attractions lined up for DIVE 2020, at NEC Birmingham on 24/25 October, as they’re announced bookmark here.