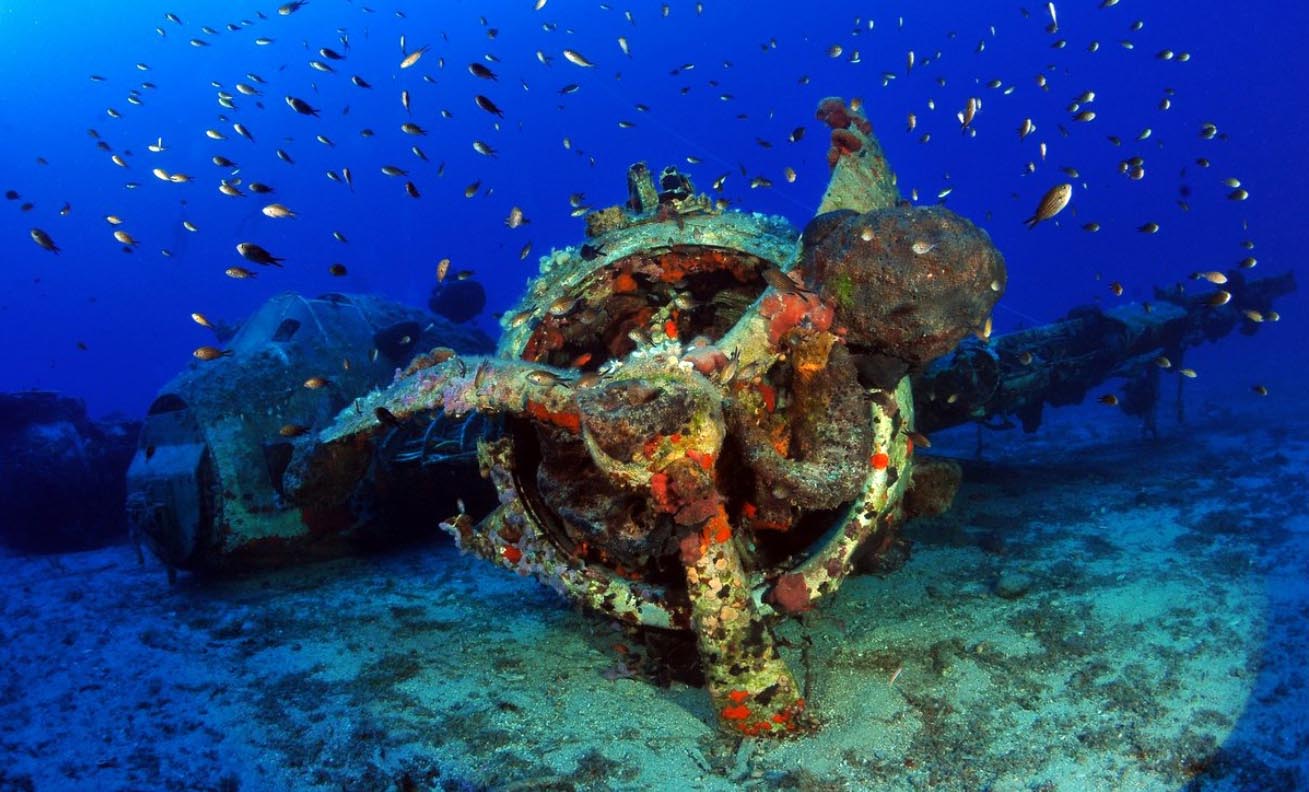 Scuba divers might be forgiven for thinking that Greece had already lifted restrictions on wreck-diving several times over, but the country’s Ministry of Culture & Sports has now announced the official opening to recreational divers of 91 listed ship and aircraft wrecks – and says that more are on the way.

Selected by the Ephorate of Underwater Antiquities, which oversees underwater archaeological activities in Greece, with guidance from the Central Council for Modern Monuments and the Ministry of Foreign Affairs, the wrecks are predominantly WW2-era, though some date back to 1868 and others are as recent as 1970.

Many are at technical-diving depths, down to 130m, and they are located across Attica, the Aegean, Crete, central Macedonia, the Ionian Islands, western and central Greece, Epirus, the Peloponnese and Thessaly. A number of the sites are still being investigated by the Ephorate, and all recreational diving is stipulated as being on a no-touch basis.

Divers will be interested to know that 16 of the wrecks are of aircraft in depths from 8 to 74m, with the majority deeper than 30m. They include British and Italian warplanes but most are German, with a predominance of Junkers Ju88 bombers.

There are also a number of notable British wrecks, including the Titanic’s sister-ship HMHS Britannic at 130m, the submarine HMS Perseus, and the deep-lying resting places of the torpedo-boat HMS Chamois and the minesweepers HMS BYMS 2077, HMS Regulus and one thought to be HMS By George. There are also some eight British cargo and passenger vessels.

Another 13 Italian, German, Greek, American and Australian warships are also listed. The other wrecks are mainly merchant ships with some passenger vessels and yachts under a variety of European flags.

Although a good number of the wrecks will appeal only to technical divers, the Greek government sees the loosening of restrictions as important to its international tourism drive. While many countries have been sinking artificial reefs in a bid to draw divers from overseas, Greece has a wealth of ready-made underwater attractions at its disposal.

“The seabed of the Greek seas is an underwater ark of our history,” said Minister of Culture and Sports Lina Mendoni, announcing the opening up of the wrecks. “These protected underwater areas, where shipwrecks from World War Two are located, open the pages of modern Greek history.

“At the same time they show a strong growth potential, because underwater tours are a special, extremely interesting form of tourism that attracts high-level-income visitors.”

The move follows the inauguration of an “underwater museum” near the Aegean island of Alonissos last August to provide divers with guided tours of the ancient Peristera shipwreck sites – though the impact of that opening was inevitably muted by the Covid travel bans.

“The combination of diving parks with underwater areas that host and protect historic shipwrecks is a great advantage for Greece,” commented Mendoni. “We must make use of it, because it adds value to tourism and creates conditions for sustainable development of local communities.”