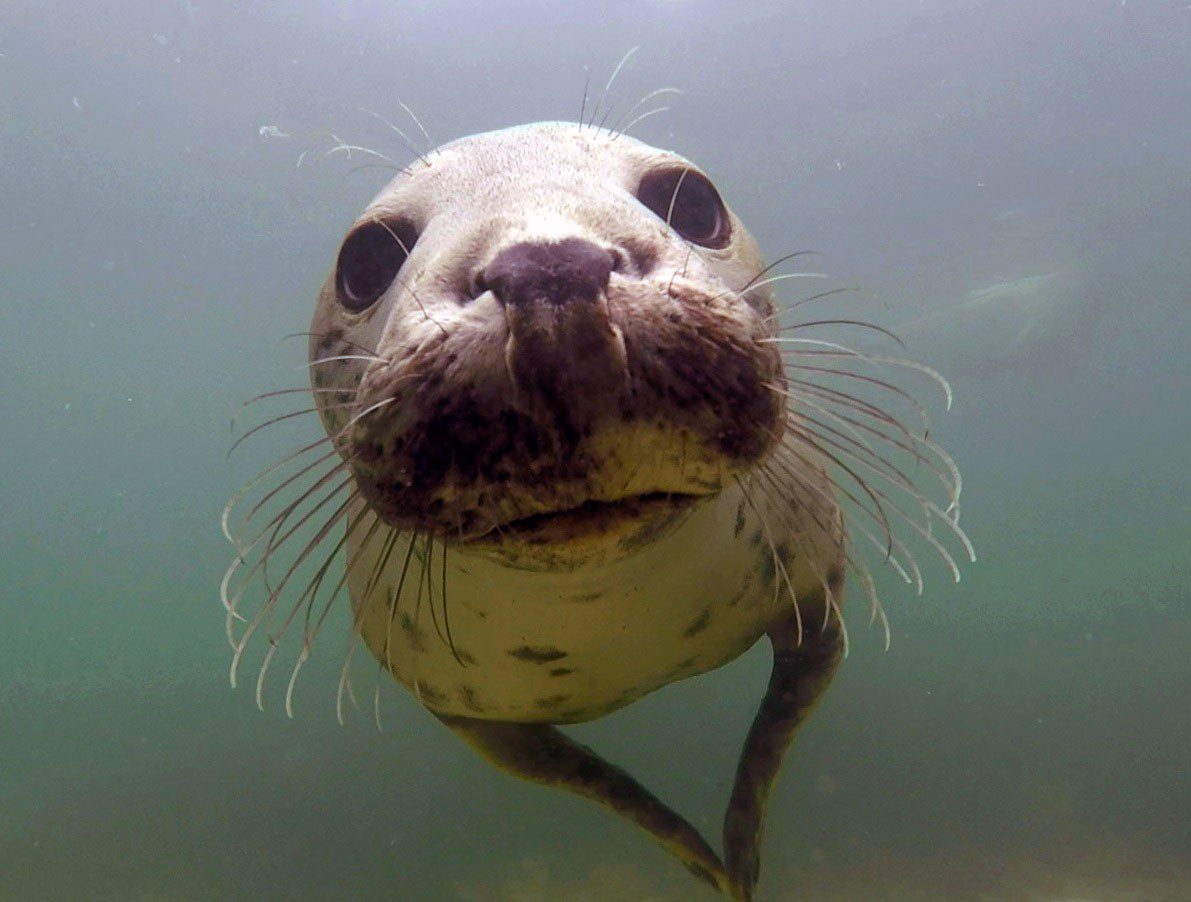 It took 17 years of scuba diving, but eventually naturalist Dr Ben Burville managed to capture on video the unprecedented sight of a male grey seal clapping its flippers under water to produce a noise like a gunshot.

Marine mammals usually communicate vocally but, according to an international study based on the footage, wild grey seals also clap to warn off competitors and attract mates during the breeding season.

“The discovery of ‘clapping seals’ might not seem that surprising – after all, they’re famous for clapping in zoos and aquaria,” said lead author Dr David Hocking of the School of Biological Sciences at Australia’s Monash University. “But where zoo animals are often trained to clap for our entertainment, these grey seals are doing it in the wild of their own accord.”

“The clap was incredibly loud, and at first I found it hard to believe what I had seen,” said Dr Burville, a visiting researcher at Newcastle University in the UK.

He had heard the claps before but never seen them, and captured the footage using a GoPro off the Farne Islands last October.

“How could a seal make such a loud clap under water, with no air to compress between its flippers?”

“Other marine mammal species can produce similar types of percussive sound by slapping the water with their body or tail,” said Dr Alistair Evans of Monash. “This is the first time a seal has been seen clapping completely under water using its front flippers.”

The high-frequency sound was loud enough to cut through any background noise and send a clear signal to other seals in the area.

Dr Hocking compared it to the behaviour of a chest-beating male gorilla, and said it conveyed two messages: “I am strong, stay away; and I am strong, my genes are good.”

Now that this social behaviour is known about, steps can be taken to prevent human noise pollution from disrupting it, say the scientists.

Their study is published in Marine Mammal Science and the clapping seal can be seen on YouTube.