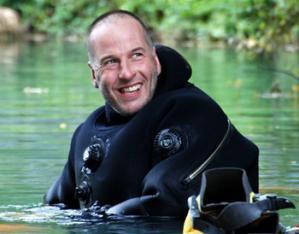 Four non-diving rescue workers were themselves rescued from the Tham Luang caves in Thailand by British divers Rick Stanton and John Volanthen in late June – more than a week before the celebrated extraction of the 12 players and coach of the Wild Boars youth football team.

The additional rescue had been kept under wraps until being revealed by Stanton at Hidden Earth, the British Cave Research Association’s annual caving conference, held at Churchill Academy in Somerset last weekend.

The four men, Thai workers from a water company, had been trapped for 24 hours or more when Stanton and Volanthen, the pair who would later locate the Wild Boars further inside the complex, came across them unexpectedly.

In the confusion of the early days of the rescue operation the men had not been missed by the Thai authorities, according to an account of Stanton’s address on British caving website Darkness Below.

On 28 June, a day after Stanton and Volanthen’s arrival in Thailand and six days into the rescue operation, the two divers passed through three sumps to reach the show cave called chamber three, which lay about 700m from the entrance but had been cut off by rising water levels.

On seeing the men they at first thought they had found the missing boys, but on realising what had happened knew they would have to act quickly, because with the continuing rainfall it remained possible that chamber three could flood completely. They therefore improvised an unprecedented “snatch” rescue.

Stanton described diving conditions in the cave as “appalling”, with low visibility and diesel contamination from flooded generators, but the divers felt it would be possible to escort the men back through the sumps, which were no deeper than 5m and no longer than 10m.

The plan was for both divers to pass through each sump, where one would dekit so that the other could swim back and relay the workers through one at a time using the spare equipment.

The main risks were panic on the part of the trapped men, who had never dived before, and sudden inundation of the waiting areas, where the dekitted diver would be unprotected. The improvised plan succeeded, however, and the four trapped men were brought back to safety.

Before the eventual rescue of the Wild Boars, the secret operation ranked as the second highest number of people ever rescued by cave-divers from a flooded cave, reported Darkness Below.

In his address, Stanton highlighted the contributions of other divers including Australians Richard Harris and Craig Challen, Belgian diver Ben Reymenants and the surface team, particularly Vern Unsworth, for his detailed knowledge of the cave and role in persuading the Thai authorities to contact and trust the British divers.

Stanton said that both Unsworth’s advice and the initial rescue of the four men helped to build the credibility of the dive-team when it came to the main rescue operation.

He received a two-minute standing ovation.