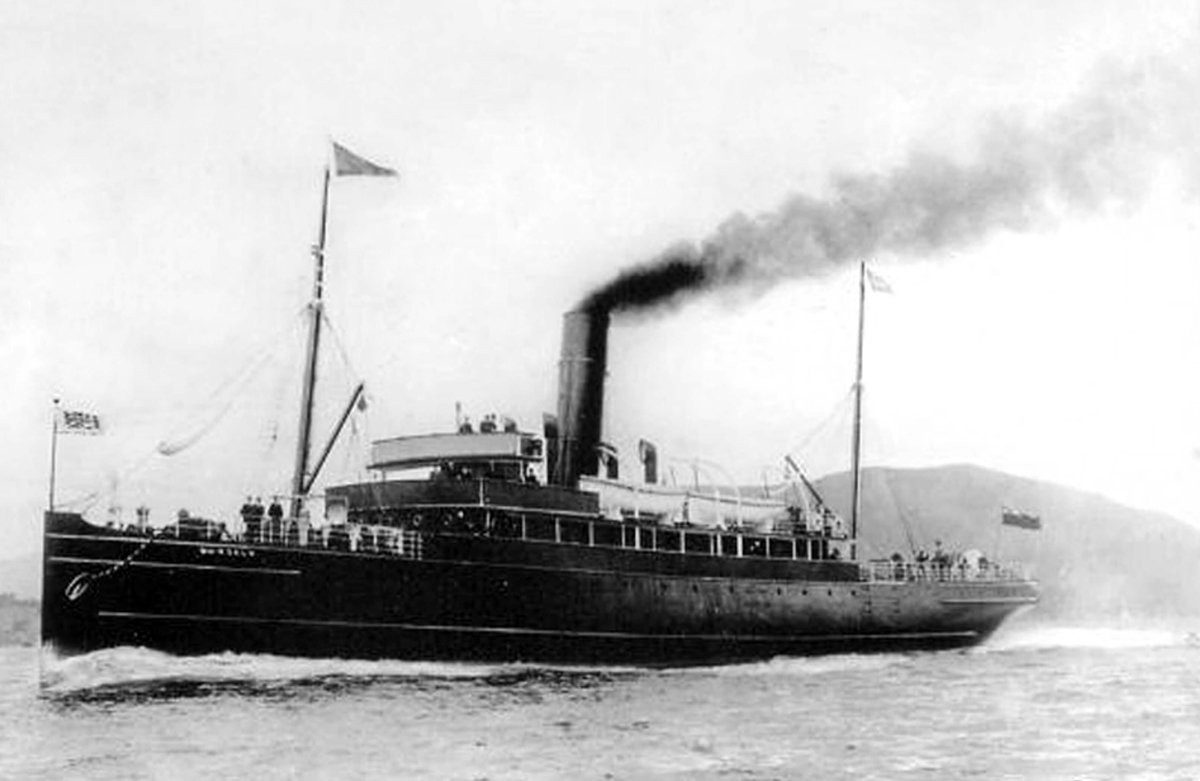 Technical divers who retrieved the bell of the Dundalk, a WW1 armed merchant steamer sunk in 60m in the Irish Sea five miles off Anglesey, are returning it to the Irish town after which the ship was named.

The 72m Dundalk was built in Glasgow in 1899 for Dundalk & Newry Steam Packet Co and sailed weekly between Dundalk and Liverpool throughout the war years.

In December 1917 her captain and crew had been commended for evading a U-boat attack by steering a zig-zag course for some 90 minutes.

However when two German submarines, UB-123 and UB-905, attacked her less than a month before the end of the war, on 14 October, 1918, a torpedo struck the engine-room and she sank within four minutes.

The ship had been heading back to her home port carrying a cargo of livestock. The explosion destroyed the lifeboats and 21 of the 32 crew and the captain died in the incident, the others surviving on two life-rafts.

Most of the dead came from the Dundalk area, where the 101st anniversary of the sinking was marked last year, when Dundalk Sub-Aqua Club divers also explored the wreck and noted artefacts that might be recovered.

A team of rebreather divers from an Isle of Man dive-centre, Discover Diving, visited the upright wreck three times last July and recovered the bell, a porthole and a porcelain wash-basin. The items are now being loaned to Dundalk’s County Museum.

“Many of the committee members are relatives of the crew and are delighted with the news, describing it as ‘like closure’ and ‘a homecoming’.”