Jumbo-sized: the plane in Bahrain

Jumbo-sized: the plane in Bahrain 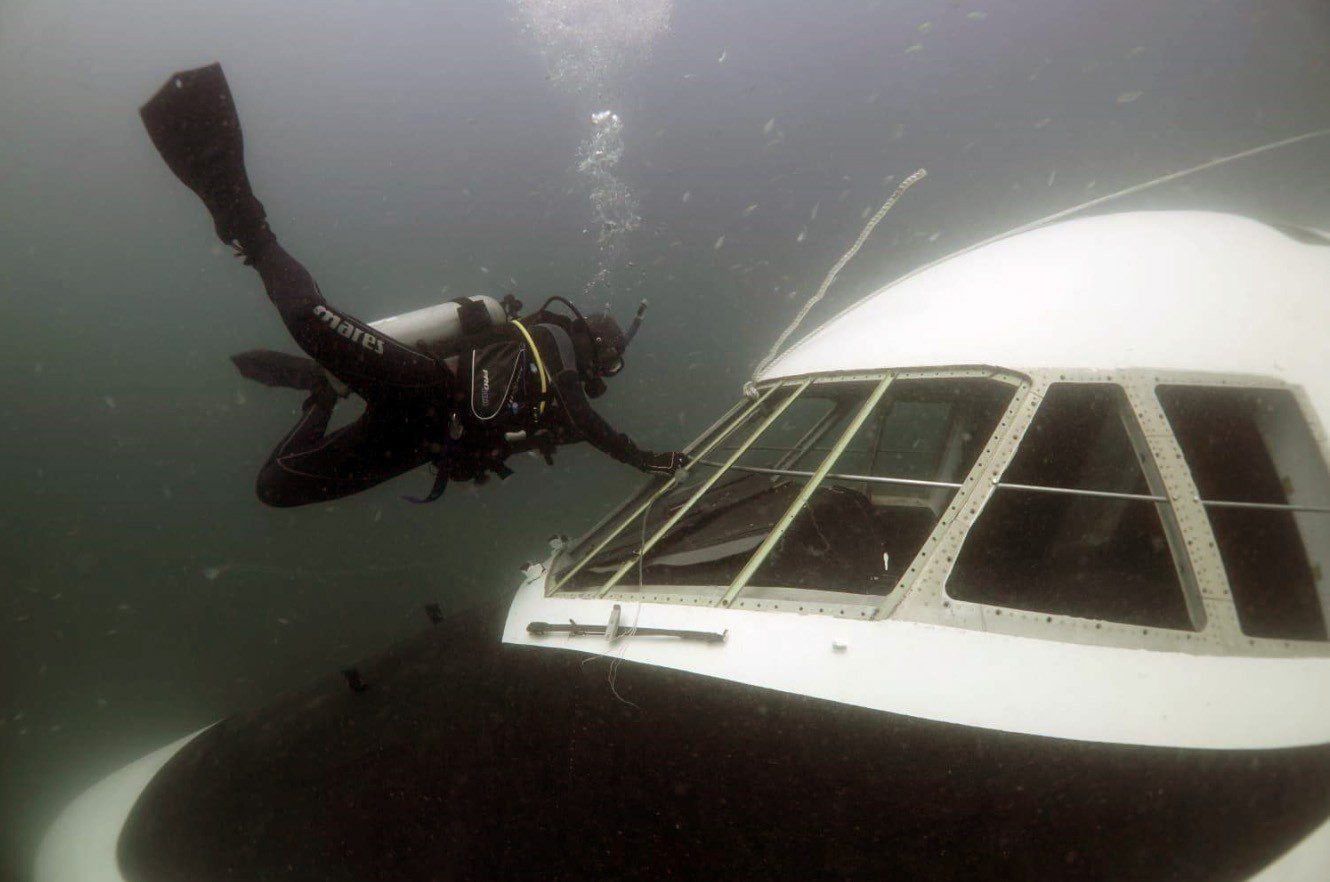 The 65m Airbus A330 scuttled off Turkey on 14 June as reported on Divernet didn’t hold its title of “world's biggest aircraft/artificial reef” for long. Six days later the Bahrain Tourism & Exhibitions Authority (BTEA) officially announced that it had sunk a 70m Boeing 747, the centrepiece to what it describes as the world’s largest underwater theme park.

The jumbo jet has been sunk in the Persian Gulf at a depth of around 20m, and the site off the island kingdom’s north coast was soon reported by scuba divers to have started attracting fish.

Further diving attractions are set to be submerged alongside the plane on the 10-hectare Dive Bahrain site, including a 900sq m traditional Bahraini pearl merchant’s house.

Diving oyster beds in the hope of finding pearls is the other main attraction Bahrain offers to visiting divers. The plan for the theme park was originally outlined on Divernet in January .

The decommissioned aircraft was bought from the United Arab Emirates for US $100,000. Preparation for the sinking included dismantling and reassembling its wings, removing wires, hydraulic, aerial and fuel systems and all plastics, rubber and toxic substances, said the BTEA.

After being lowered to the seabed the plane was anchored to prevent any shifting in sometimes strong currents.

The Dive Bahrain park is set to open in August, although extreme heat, with air temperatures close to 40 degrees, is expected to deter many leisure divers from visiting at that time of year. From October, temperatures start dropping into the lower 30s.