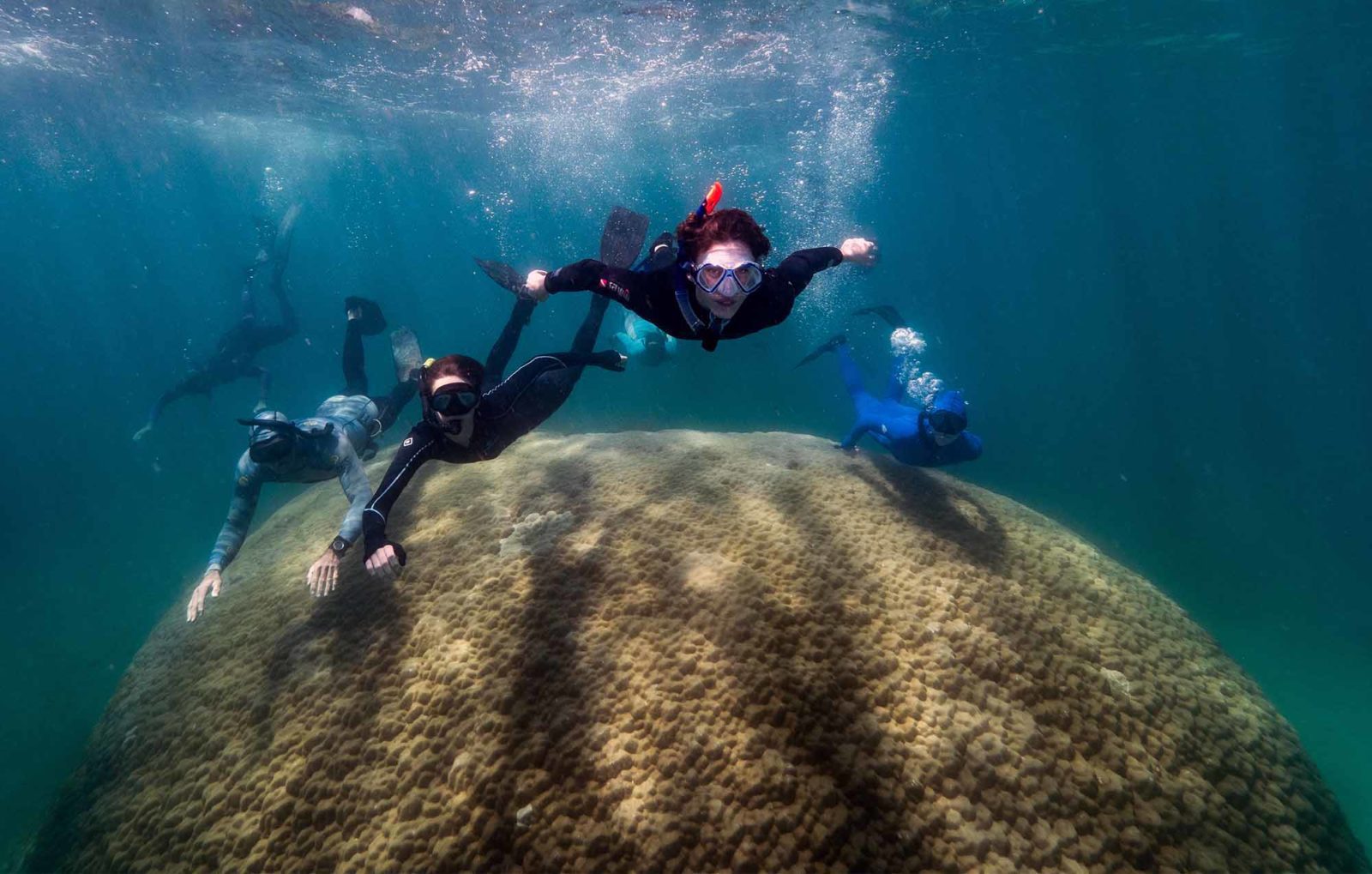 A gigantic 400-year-old hard coral has been discovered on the Great Barrier Reef – by snorkellers on a citizen-science course.

At 5.3m tall and 10.4m wide, the hemispherical Porites coral is 2.4m wider than any other coral ever measured on the GBR, and is reckoned to have originated in the late 16th century.

The finders were participating in a Reef Health Impact Survey course with a group called Reef Ecologic, and the subsequent report involved eminent marine biologist Dr John Veron, who has been credited with discovering more than a fifth of the world’s coral species.

The coral was discovered off Goolboodi or Orpheus Island, part of Queensland’s Palm Island group. It has been named Muga dhambi or “Big Coral” by the Manbarra people who are the traditional custodians of the Palm Islands.

“Using calculations based on rock coral growth-rates and annual sea-surface temperatures, we think it’s between 421 and 438 years old and predates European exploration and settlement of Australia,” said Dr Adam Smith, an associate professor at James Cook University and MD of Reef Ecologic.

“Muga dhambi may have survived up to 80 major cyclones, numerous coral-bleaching events and centuries of exposure to invasive species, low tides and human activity,” he said. “Despite this, it’s in very good health, with 70% consisting of live coral.”

The coral has now been described in the journal Scientific Reports, with regular monitoring of its condition recommended.

“Having a publication with Charlie Veron, the godfather of coral, is a once-in-a-lifetime opportunity that I will never forget,” said Dr Smith. “Spending time monitoring, exploring and sharing knowledge about the reefs of Goolboodi island with the Reef Ecologic team was an invaluable experience that excites me for a future in the marine science world.”