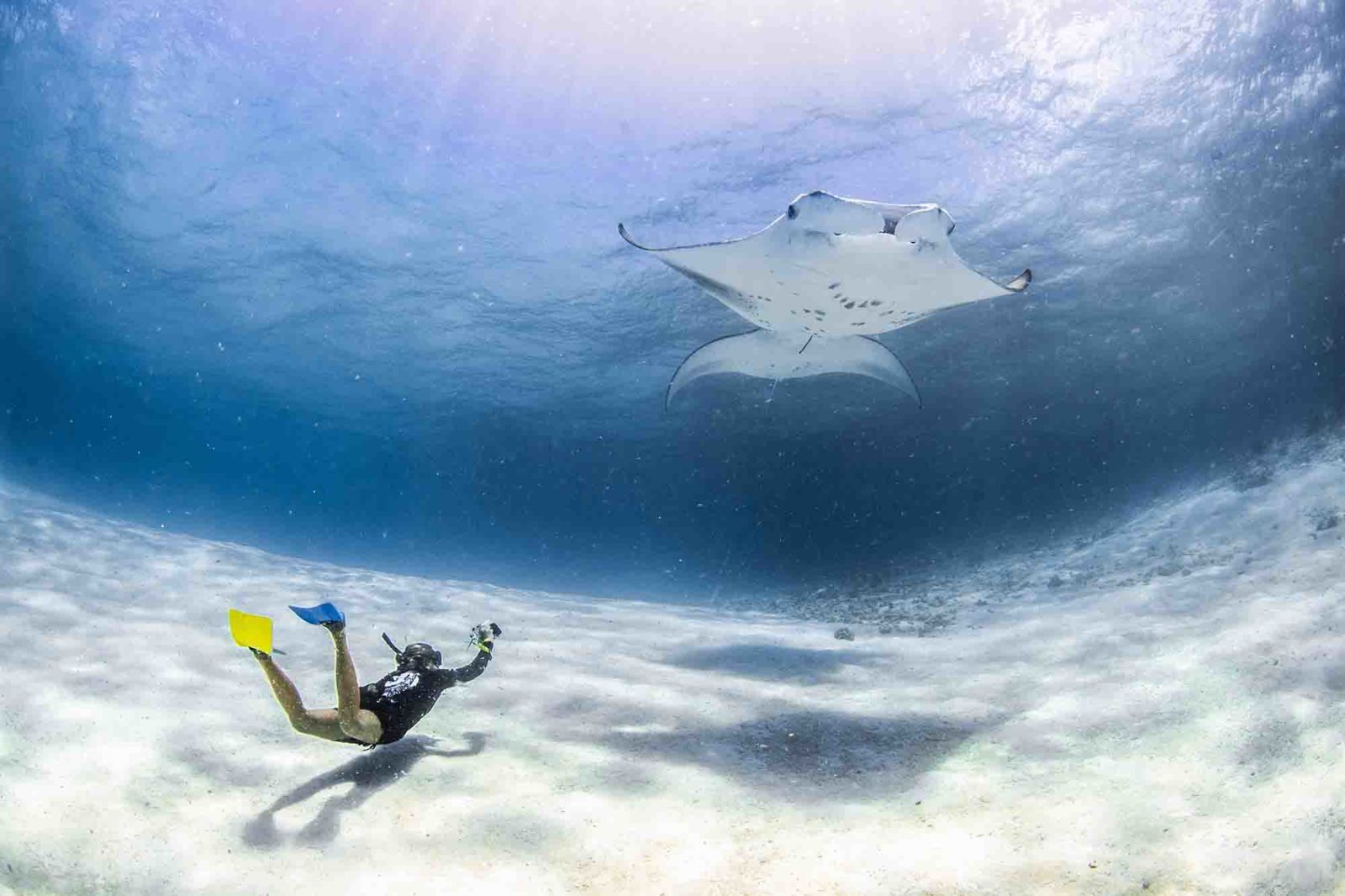 Identification of the 5000th reef manta in the Maldives is cause for celebration for the Manta Trust’s pioneering Maldivian Manta Ray Project (MMRP) – and it is offering one supporter the chance to name the landmark ray.

The 5000th specimen is a male juvenile and the competition winner, whose entry will be picked at random, will receive a personalised manta adoption certificate, manta toy and a copy of the book “Guide to Manta and Devil Rays of the World”. Entry is open to all until 20 December here.

The Maldives is home to the world’s largest population of reef mantas (Mobula alfredi) by a big margin, says the Manta Trust. The MMRP, the UK-registered conservation charity’s flagship research project, has studied the archipelago’s mantas for more than 15 years, creating in the process the biggest manta database in the world.

Many of the ID shots it contains have been submitted by the public through citizen-science programme IDtheManta. With each ray exhibiting a unique spot pattern on its belly, the database has been able to build a picture of manta demographics and movements in the Maldives.

“Our whole team are delighted to have identified the 5000th reef manta ray in the Maldives,” says project manager Tam Sawers. “It’s a testimony to the hard work and dedication of all our researchers, interns, citizen-scientists and collaborating tourist operators in the Maldives.”

Reef mantas are long-lived, late to mature and have only a single pup at a time, so maintaining a large population size is a continual ecological struggle for the species, says the Manta Trust.

Over the course of the MMRP, it says it has helped achieve national protection for the rays by driving the designation of two manta-focused Marine Protected Areas in 2009, and spearheaded the addition of all ray species (including manta and devil rays) to the Maldivian National Protected Species List in 2014.

The MMRP has also helped to develop the first scientifically advised best-practice code of conduct for manta-ray tourism, says the trust, while its Marine Education Programme has reached hundreds of local students to inspire the next generation of Maldivian ocean ambassadors.

The project also provides science-backed recommendations for policy changes in other countries in which manta and devil rays are more vulnerable to overfishing, driven by the lucrative trade in gill-plates for use in Asian “medicine”.

Populations in many regions have been in decline because of targeted fisheries and accidental bycatch, and both reef and giant mantas are now listed as “Vulnerable” by the IUCN Red List of Threatened Species.

Divers can help to support the Manta Trust’s global research and conservation work this Christmas by giving digital manta-adoption packs as gifts, says the trust.

One manta named Rudolph the Red Nosed Ray is available to adopt until the end of December, while others including George the Giant, Mrs Flappy, Babaganoush and Spiderman can be adopted year-round.