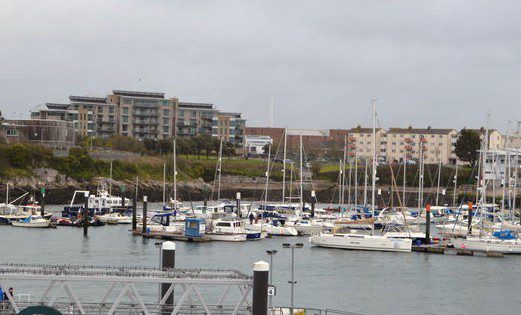 Just when they thought it was safe to go back in the water…. The UK government’s decision last week to maintain the ban on charter-boat hire imposed at the start of the coronavirus pandemic came despite indications to the industry that it could head back out to sea.

The Department for Environment, Food & Rural Affairs (DEFRA) took operators in England by surprise on 11 June when it stated that they “should not allow skippered dayboat hire or skippered day charter-boat hire”, as reported on Divernet.

“The notice from DEFRA came out of the blue,” Ian Winson, chairman of the Professional Charter Association (PCA), has told Divernet.

Some diving and fishing charter boats had already resumed operations at the start of June, he said. His own business had remained closed since the end of the last season, but the association had been “extremely active” on behalf of its membership through the pandemic.

Winson had also been working with British Marine, the trade association for the UK leisure, superyacht and small commercial marine industry, which he said appeared to be the main driving force in lobbying government on issues ranging from financial support to a safe return to operations.

A DEFRA FAQ issued on 14 May, as lockdown restrictions on recreation were being eased, had stated that “commercial boating operations will remain closed, though may resume when the hospitality sector is anticipating starting to re-open in July”. However, the FAQ’s heading indicated that this instruction referred specifically to inland waterways, not the sea.

Winson sought clarification from British Marine and was told that the instruction covered all boat operators, coastal and inland, and that this had been confirmed by DEFRA in an email. His subsequent requests for a full notice from the Department of Transport and Maritime & Coastguard Agency went unanswered.

However, when he and other PCA members turned to their certifying authorities IIMS, YBDSA and MECAL for guidance, they were told that the DEFRA rules did not apply to coastal vessels. Insurance brokers confirmed that operators would remain covered if they resumed operations, said Winson, adding that on 5 June a DEFRA spokesperson told another PCA member that “the legislation was definitely intended for inland waters – and he couldn’t see any reason at all why we weren’t operating”.

From the start of June Winson noted that some commercial dive-boats and fishing charters were back in operation. There had been no updates from the government or British Marine, which had released a “Charter Boats and Hireboats” section on the “Back to Business” pages on its website.

The PCA had been advising its members on how to manage risk as they resumed operations, although Winson said that “very few” had been in a position to do so in early June. Then came the unexpected government instruction: “We know DEFRA represents inland waterways,”  said Winson, “and we had challenged its position before the notice on 11 June.”

Charter-boat operators must now hope that they will be allowed to take scuba divers out from early next month, the time originally mooted by the government for potential reopening of businesses in the hospitality sector. “So 4 July is a date on which we hope to see a drop in some conditions,” said Winson, “but I suspect not enough unless a 1m distance rule is applied.”