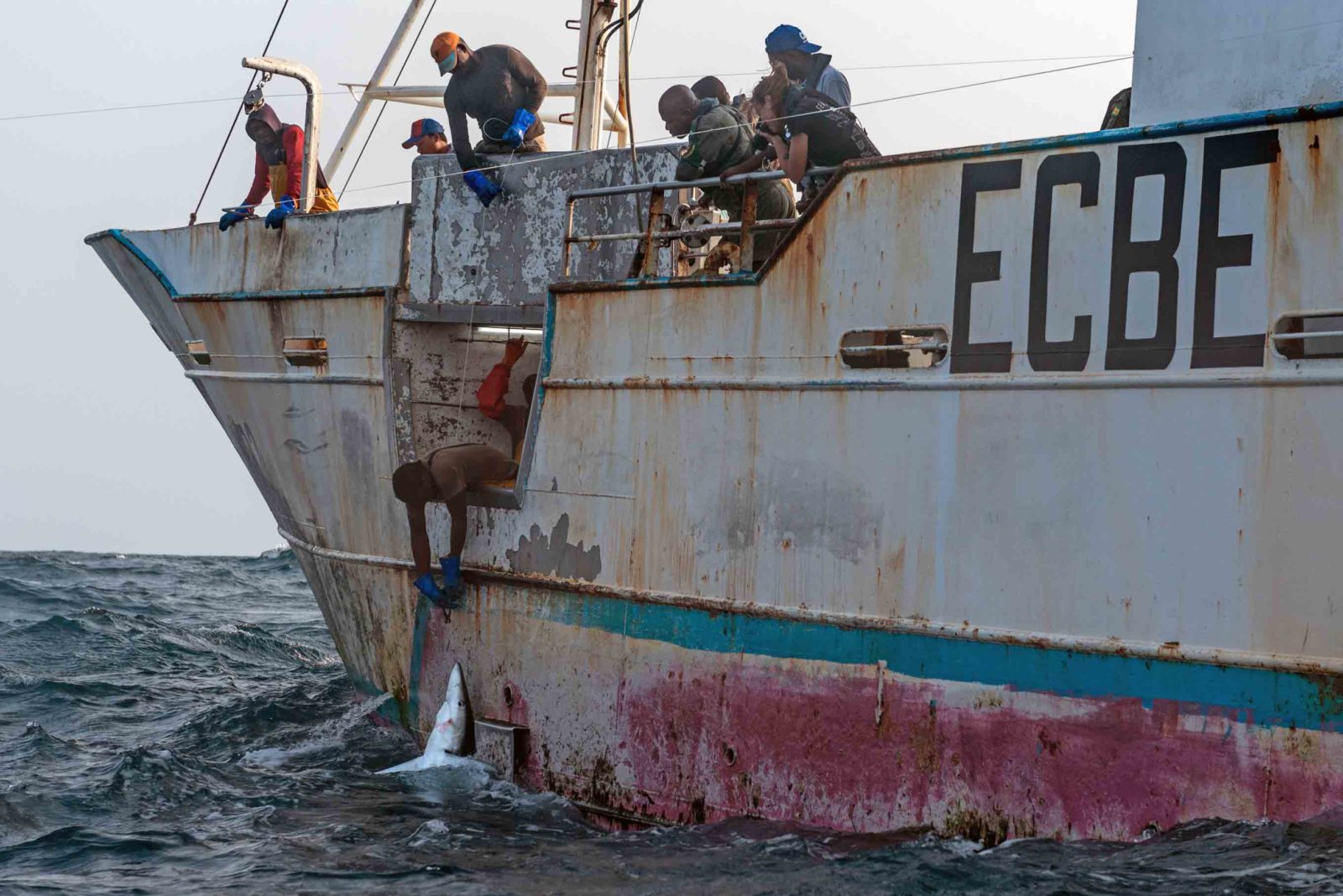 Conservationists have expressed their shock as proposals to protect endangered North Atlantic shortfin mako sharks were overturned by the USA and EU at the annual meeting of the International Commission for the Conservation of Atlantic Tunas (ICCAT) in Palma, on 25 November.

Sixteen countries had supported a ban advocated by ICCAT scientists to prevent catching of the “seriously overfished” species, classified as Endangered on the IUCN Red List. But according to the Shark League for the Atlantic & Mediterranean, the USA and EU refused to give up on exceptions for hundreds of tonnes of the species to be landed.

The Shark League brings together Shark Advocates International, the Shark Trust, Ecology Action Centre and Project AWARE, and is supported by the Shark Conservation Fund.

ICCAT scientists estimate that the mako shark population could take up to 50 years to recover even if the fishing stopped immediately.

“North Atlantic mako depletion is among the world’s most pressing shark-conservation crises,” said Sonja Fordham, President of Shark Advocates International. “A clear and simple remedy was within reach. Yet the EU and US put short-term fishing interests above all else and ruined a golden opportunity for real progress. It’s truly disheartening and awful.”

The ban had been jointly proposed by Senegal, Canada, the Gambia, Gabon, Panama, Liberia, Guatemala, Angola, El Salvador, and Egypt, and was supported at the meeting by Norway, Guinea Bissau, Uruguay, Japan, China and Taiwan. No countries spoke in favour of the competing EU or US proposals, although Curaçao supported the USA.

Shortfin makos are particularly valuable sharks in terms of meat, fins and sport, says the Shark League, but their slow growth makes them exceptionally vulnerable to overfishing and they are not subject to international fishing quotas. In 2018 the EU, USA, Senegal and Canada ranked first, third, fourth and fifth, respectively, among 53 ICCAT parties for landing makos, with Spain catching more than any other individual country.

“The EU’s behaviour with respect to mako conservation is a travesty,” commented Ali Hood, Director of Conservation of UK charity the Shark Trust. “Their obstruction of vital, science-based protections will allow vast fleets from Spain and Portugal to continue to fish these endangered sharks, essentially without limit, and drive valuable populations toward collapse.”

Scientists warn that South Atlantic shortfin makos are on a similar path, and Senegal had included a science-based catch limit for this population in the proposal. ICCAT parties plan to hold a special meeting in 2020 to continue discussions.

“Amid the pathetic failure for mako sharks, steadfast leadership by Canada and Senegal provided conservationists with inspiration to carry on with the fight,” said Shannon Arnold, Marine Program Coordinator for Ecology Action Centre. “The Shark League will continue to work with the world’s emerging shark champions to encourage more countries to place long-term conservation over short-term economic gain and ensure North Atlantic makos are protected before it’s too late.”

There was a positive for blue sharks at the meeting as ICCAT adopted new catch limits in both the North and South Atlantic, in a move that the Shark League said represented a first for the world. Thirty-three of the 47 parties present also co-sponsored a proposal to strengthen ICCAT’s ban on shark-finning – a measure blocked by Japan and China.