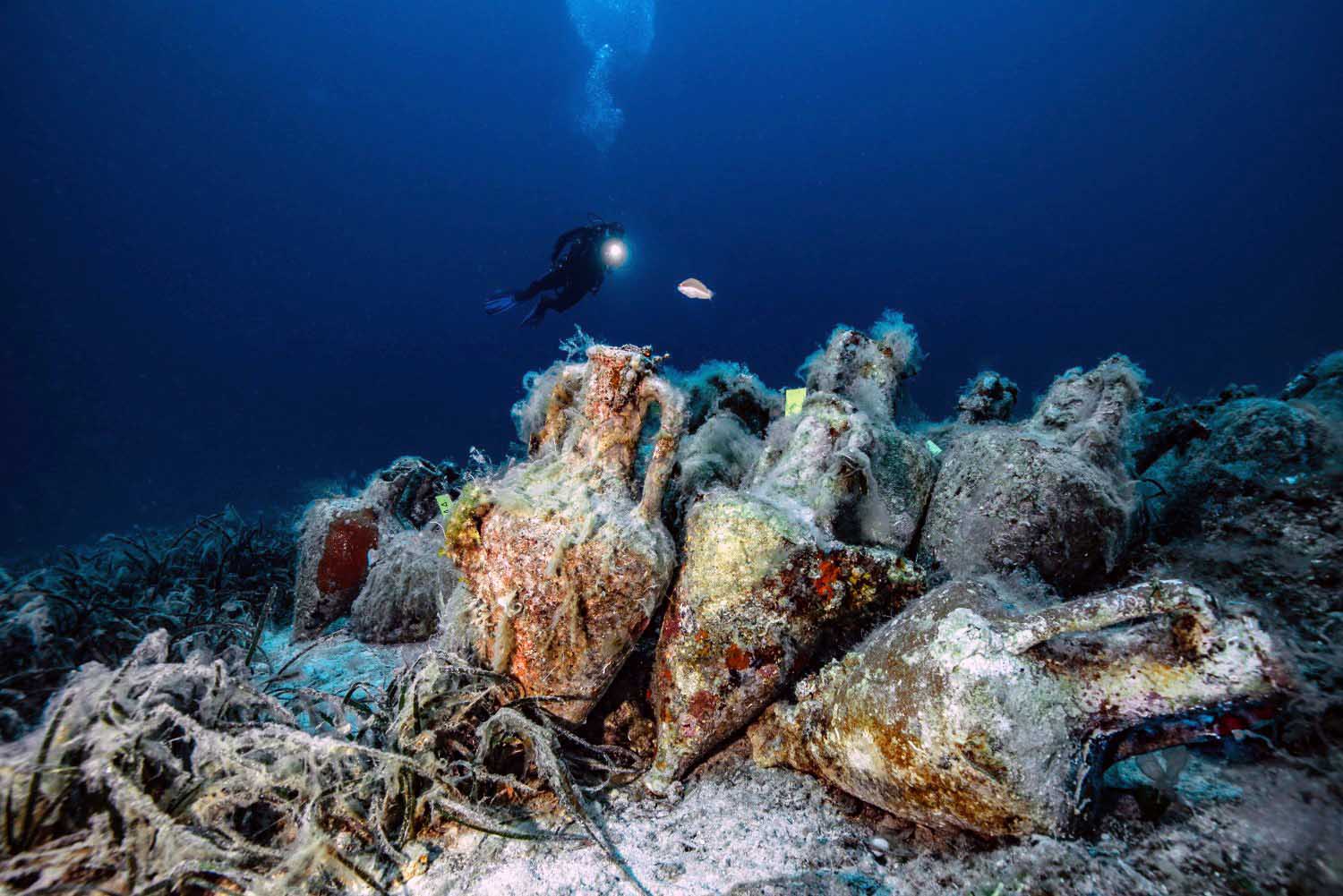 Much has been made of the liberation of Greece’s underwater heritage after decades of restriction by the archaeological authorities, but they are taking few chances as the ancient Peristera shipwreck is opened to recreational scuba divers on Monday (3 August).

Divers who book to do the 30m dive will be under close surveillance. Not only must they be accompanied by a guide from an accredited local dive-centre, but the site is constantly monitored by underwater cameras. These are equipped with image-recognition software to alert administrators instantly should the wreck be at risk of being disturbed, and to identify the diver responsible.

The large Athenian barge and the 3-4000 amphoras it carried sank in the late 5th century BC near Peristera off the island of Alonissos in the Aegean Sea. The biggest ancient shipwreck to be discovered, it is helpful now that it is being marketed as a tourist attraction that it has been dubbed the “Acropolis of Sea Wrecks”.

Before divers discovered the site in the early 1990s, archaeologists had believed that ships could not be built on such a scale until Roman times some four centuries later. In fact the Roman vessels of the 1st century BC could carry fewer than half as many amphoras as the Greeks' Peristera wreck.

While the timbers are long gone, it is the towering volume of cargo that is said to impress visiting divers. Many of the amphoras, which are thought to have contained wine, remain intact, and the site is reportedly well-colonised by sponges and fish.

The solar-powered monitoring system for the wreck-site, designed to replicate the human optical system, was custom-built, and even features luminosity-triggered lens wipers.

Greece’s Ephorate of Underwater Antiquities says it regards its use as a pilot project and hopes the system can be deployed to allow divers access to other key archaeological sites.

Travel from the UK and entry to Greece is currently allowed, provided passengers submit a completed passenger locator form to receive a QR code at least 24 hours before arrival and submit to coronavirus testing on arrival if required. Alonissos is accessible for passengers flying into Athens by ferry from Agios Konstantinos.

Alonissos Triton Dive Centre, one of the schools permitted to guide divers visiting the Peristera wreck, offers a package including either seven-nights’ B&B at the Paradise Hotel or a self-catered apartment (two sharing), transfers, the Peristera wreck and eight other dives from 540 euros, depending on dates. The Peristera dives are available only until 2 October.