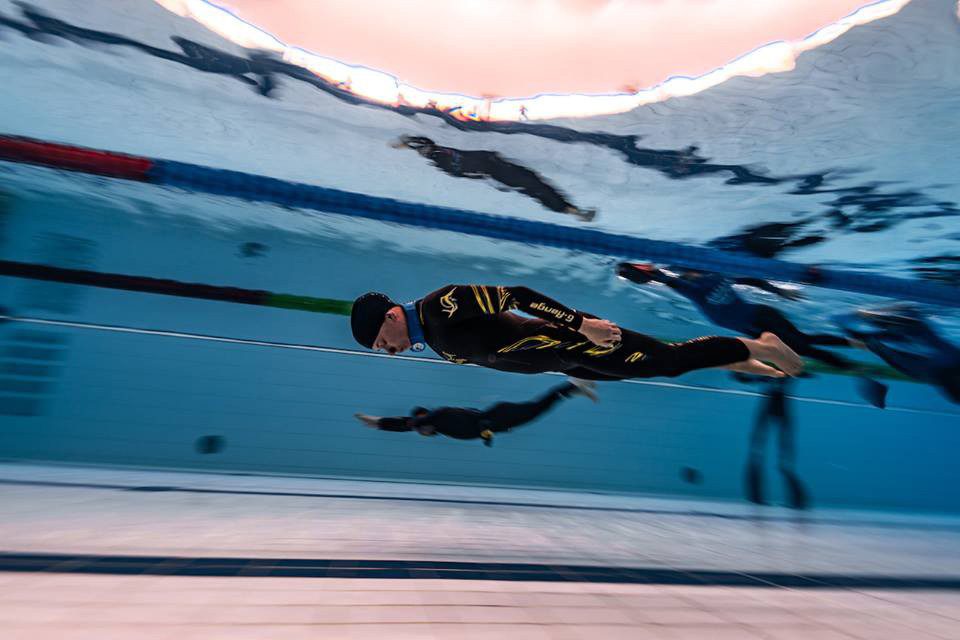 The international female winner was Agnieszka Kalska, who swam 180m in both the Dynamic Apnea No Fins and Bi Fins categories – a personal best and a new Polish record respectively – and held her breath for 6min 49sec in Static Apnea.

Male winner was Tomasz Ratajak, who scored three personal bests with a 137m No Fins swim, 198m with Monofin, and a 6min 4sec static breath-hold.

Forty-four competitors from 14 countries took part, and Alice Hickson and Adam Drzazga were the top British freedivers. Hickson achieved a 6min 38sec breath-hold, swam 162m without fins and broke the British record for Bi Fins with a 179m swim.

Winners among newcomers to the competition were Naura Suksomstarn of Thailand (4min 30sec static and two personal bests, 135m in Monofin and 57m in No Fins) and Rafael Nolasco of Brazil with a 4min 52sec breath-hold, a personal best 177m Monofin swim and 106m in No Fins.

Fifty-six personal bests were recorded at the event, more than twice as many as the previous year.