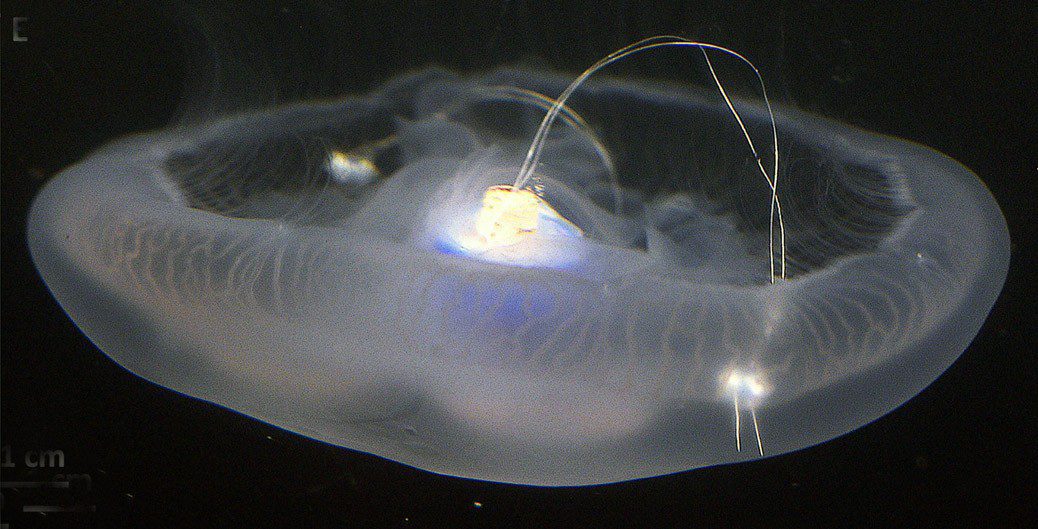 A moon jellyfish has been transformed into a “biohybrid robot”, able to move through water almost three times faster than normal.

They reported that little external power was required and a relatively modest increase in the amount of metabolic effort needed from the jellyfish. The hybrid was said to use as little as a thousand times less external power per mass than any man-made aquatic robots so far devised.

The breakthrough means that jellyfish propulsion can be artificially dialled up until it hits a “sweet spot” at which the greatest speed is balanced against the smallest energy output.

The research might sound Frankensteinian, but there is an environmental motive behind the experiments.

Jellyfish are not only more efficient swimmers than machines but are capable of self-healing and of surviving at all depths, temperatures, salinities and oxygen concentrations known in the ocean.

This could make them ideal for monitoring the undersea environment in a similar way to tagged animals – or simply to serve as models for building more efficient underwater vehicles.

The study is published in Science Advances.