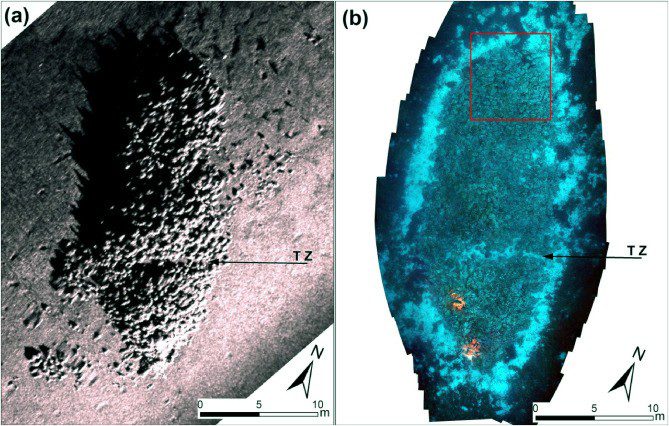 The finding of the largest ancient Roman shipwreck ever to be located in the eastern Mediterranean has been reported recently, coinciding with publication of a paper on the sonar-scanning techniques that revealed it, but the discovery itself dates back more than six years.

The 34m by 13m ship is estimated to have been carrying as many as 6000 amphoras stacked in five layers, and their well-preserved remains had maintained the vessel’s shape.

It was located in the Ionian Sea, just over a mile off the island of Kefalonia, during a 2013/14 sonar-scanning survey by a marine archaeological team led by George Ferentinos of Greece’s University of Patras.

Dated to between the 1st century BC and 1st century AD, the site was named “Fiscardo” after a nearby fishing port. The recent discovery of ancient homes, baths, a theatre, a cemetery and a tomb there indicate that it was a significant port during Rome’s late republican/early imperial period.

The amphoras, which could have held wine, oil or grain, stand more than a metre above the seabed, but another 2m of remains are thought to be buried in sediment.

It is hoped that part or all of the timber hull and possibly artefacts other than amphoras have been preserved below for possible future excavation.

The team says that the find “has the potential to yield a wealth of information about the shipping routes, trading, amphora hull stowage and ship construction during the relevant period and is therefore considered to be of significant archaeological importance”.

Only three longer Roman wrecks have ever been found; and they, dating from the 1st century BC, all lie in the western Mediterranean. Such ships of up to 40m in length could carry as many as 8000 amphoras.

During the survey the archaeologists also found two almost-intact shipwrecks and an aircraft, all from World War Two.

Their findings have now been published in the Journal of Archaeological Science.

I feel that is one of the such a lot significant info for me. And i am happy studying your article. But wanna observation on some common issues, The web site taste is ideal, the articles is in reality great. Good process, cheers