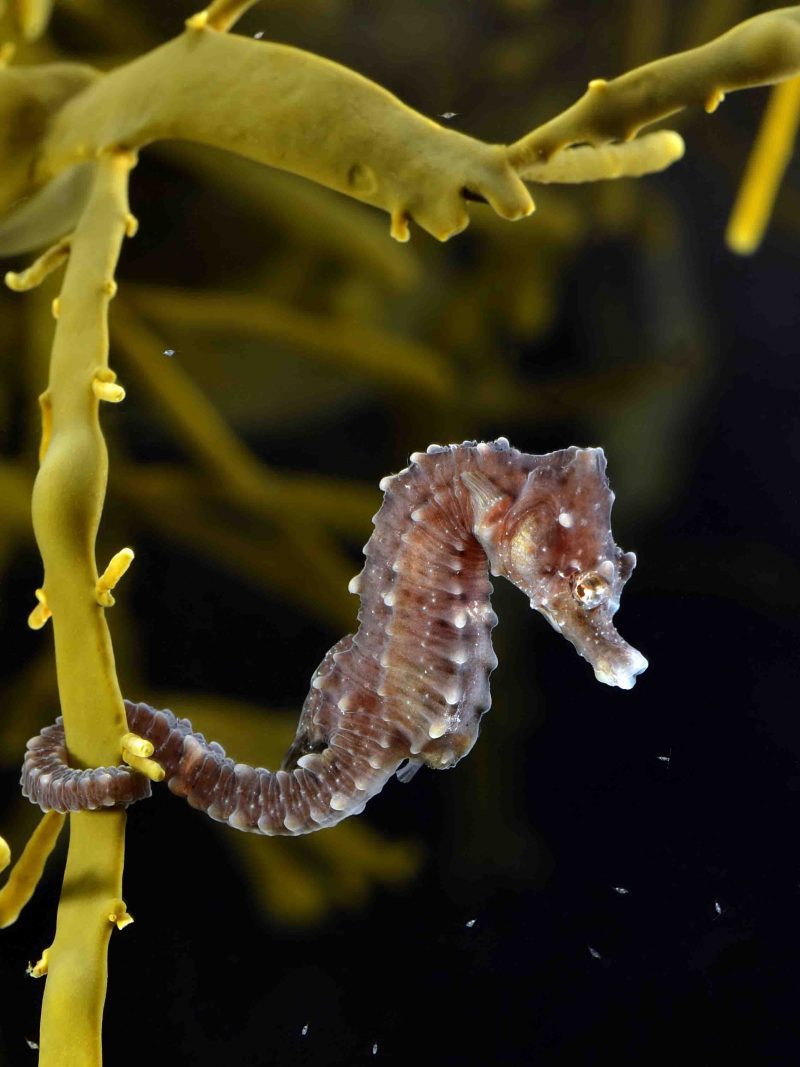 He won his judicial review after Andrea Leadsom, Secretary of State for Business, Energy & Industrial Strategy, dropped her defence.

The Minister has now agreed that the 20-year-old regulations controlling such operations are not fit for purpose, and to amend them following the review and a public consultation.

She has also agreed to change the working practices of the Offshore Petroleum Regulator for Environment & Decommissioning (OPRED).

Following drilling by Corallian Energy earlier this year in Poole Bay, Dorset, the High Court granted Garrick-Maidment the right to bring judicial review proceedings to challenge its legality, as reported on Divernet.

The drilling, sanctioned by the government through the Oil & Gas Authority (OGA), took place north-east of Studland Bay, an important breeding site for the UK’s native spiny and short-snouted seahorse populations.

It coincided with the breeding season of the seahorses, protected species under the Wildlife & Countryside Act, and was argued to have endangered them and other vulnerable marine life.

Garrick-Maidment contended that the Offshore Petroleum Production & Pipelines (Assessment of Environmental Effects) Regulations 1999 needed amending, and that the application to drill had not been subjected to a lawful and transparent environment-impact assessment process, in breach of the EU Environmental Impact Assessment (EIA) Directive.

“I am delighted with this result,” said Garrick-Maidment. “There has never been a more important time to look at environmental protection, and by winning this case it is a major step in making sure that environmental laws are abided by and, more crucially, are fit for purpose.”

Garrick-Maidment paid tribute to the “many people worldwide” who had supported his case, after £12,000 was raised through a Crowd Justice funding appeal, and to his legal team.

Solicitor Susan Ring of Harrison Grant said: “It has become clear in the course of these proceedings that environmental-impact assessment of offshore oil projects is still in the dark ages (in contrast to the planning system generally) and the 1999 Regulations need urgent amendment to bring them into the 21st century”.

“This may be because the oil-drilling projects take place offshore, so they are not generally visible to the public. In any event, the Government for a very long time has got away with failing to consult the public properly about these major projects, and that now has to stop.

“At a time of climate crisis, the environmental effects of offshore oil-drilling and extraction need to be properly consulted upon and assessed. It has been a privilege to act in this case for Neil, who has selflessly sought to protect the seahorses.”