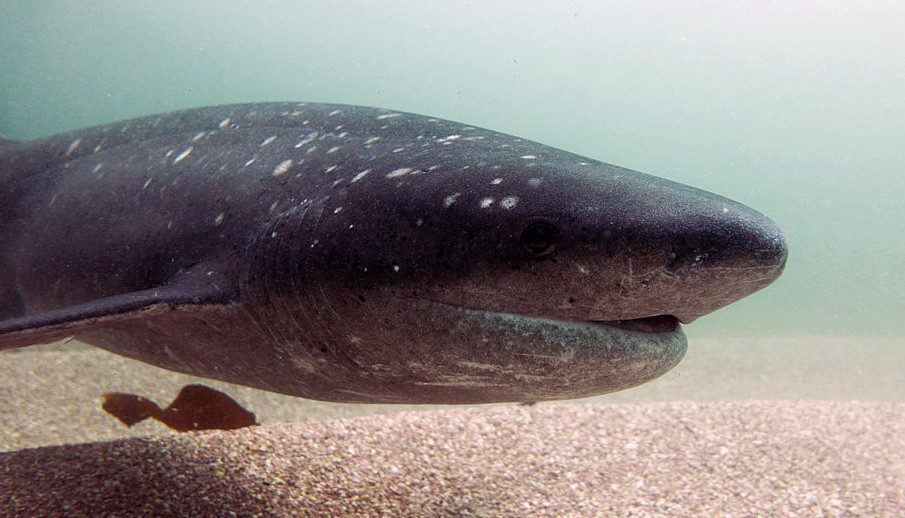 The decline of great white sharks in what has long been regarded as a prime site for them in South Africa has allowed another shark to take their place as apex predator.

Broadnose sevengill sharks (Notorynchus cepedianus) are sometimes described as “living fossils”, because they appear to have changed relatively little since the Jurassic period, which ended 145 million years ago. Most other shark species have five gills.

Shark experts Neil Hammerschlag from the University of Miami and Chris Fallows of Apex Shark Expeditions have been carrying out a long-term research study around the Cape fur seal colony at Seal Island in False Bay ever since 2000.

Observing from boats, they have recorded some 6300 white-shark sightings, and more than 8000 attacks by the sharks on seals. However, they report that from 2015 sightings of sharks and attacks on seals suddenly started falling, with the great whites disappearing altogether for months at a time from 2017.

The reason for the decline was not apparent, but from 2017 the researchers noted the arrival in increasing numbers of sevengill sharks in place of the vanishing great whites. Sevengills had never been spotted in their surveys before that year, but 120 sightings have been recorded over the past two years, including an attack by a sevengill on a seal.

The nearest known aggregation site for sevengills was in inshore kelp-beds 11 miles from Seal Island, and it is thought that the departure of the great whites allowed the sevengills to move in without fear of attack or having to compete for seal prey.

It’s unusual for scientists to be on hand to record such a drastic change in an eco-system – their study is published in Scientific Reports.