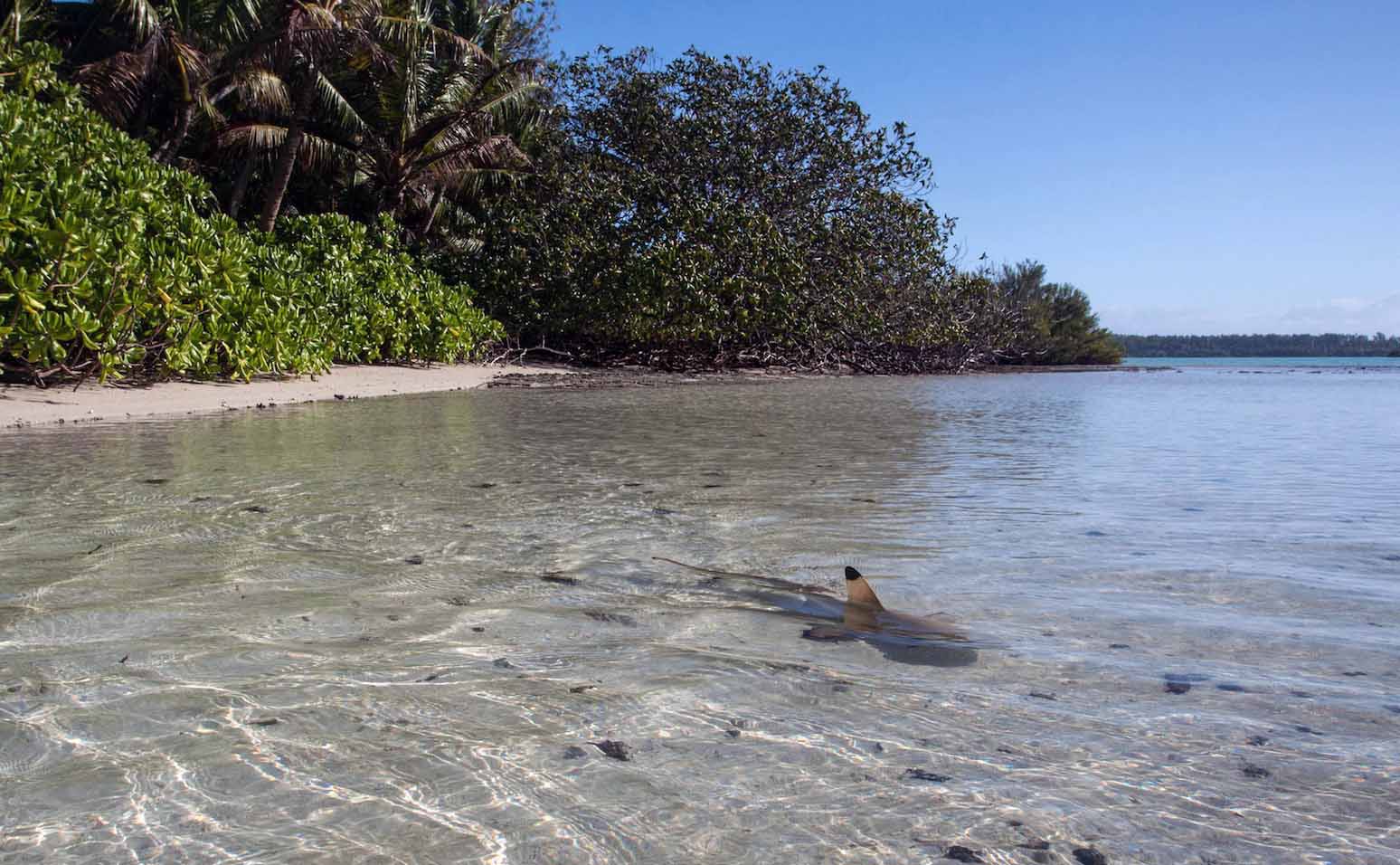 Two species of shark with similar diets and behaviour patterns might be expected to be bitter rivals, but sicklefin lemon and blacktip reef sharks populating a Seychelles atoll have worked out a timetable that allows them to co-exist peacefully, according to a new study by an international scientific team.

“What’s exciting about this research is that it shows us how these species have adapted to exist together in a really confined space, essentially through social distancing, without outcompeting each other,” says Dr James Lea, the Save Our Seas Foundation CEO who led the study.

“It’s a powerful example of how animals carve out specific niches, enabling them to function together within an ecosystem.”

The research was carried out at St Joseph Atoll by the SOSF’s D’Arros Research Centre, which describes it as an exceptional habitat in the Seychelles’ Amirante islands that provides a vital environment for endangered shark, ray, turtle and seabird species.

The Seychelles government declared it part of a Marine Protected Area a year ago, and the the SOSF says that its research was key to that decision.

Both the blacktip and lemon sharks hunt for bony fish, crustaceans, molluscs and rays, but they thrive in harmony at St Joseph by giving one another space, say the researchers, who collected data on their movements through a network of 88 acoustic receivers placed around the atoll.

Both species range across the entire atoll but arrange to be in the same place for no more than 25% of their time. Even on the sand flats, where the sharks come at high tide to forage for food and find safety from larger predators, their overlap is only about 35%. The sharks return to deeper waters of the lagoon when the tide retreats.

Similar behaviour has been seen in land animals such as big cats and wild dogs, says the SOSF. They share hunting space by minimising competition with one another, using the same habitat but at different times of day.

“Over thousands of years, these animals have found ways to exist together under present environmental conditions,” said Dr Lea of the sharks, but expressed concern about whether climate change would upset the arrangement.

“Given the narrow tidal range at St Joseph, we have to ask ourselves what would happen if a small increase in sea level made the sand flats habitat available at all tides. How would this affect the finely tuned ecological balance of the animals that have learned to thrive here?’

Over the past 17 years, the SOSF has supported some 340 projects worldwide in support of its pledge to protect populations of sharks, rays and skates.

The report is published in Frontiers in Marine Science and brief footage can be found on YouTube.