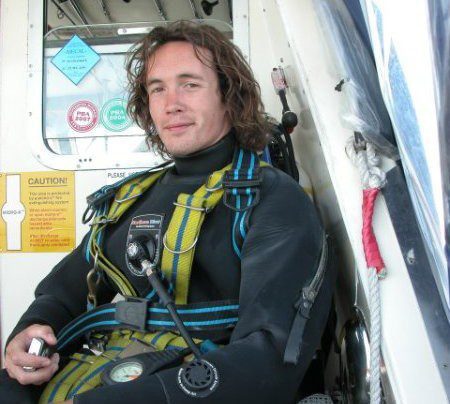 Scuba divers have completed an assessment of the HMS Northumberland historic wreck on Goodwin Sands, off Deal in Kent.

The 70-gun warship sank during the Great Storm of November 1703, and a team of five divers led by maritime archaeologist Dan Pascoe and funded by Historic England (HE) spent a week inspecting sections exposed by the shifting sands to assess their condition.

Guns, parts of the ship’s structure, rigging and so far well-preserved artefacts are currently reported to be visible, according to Kent Online. Geophysical surveys carried out last year by Pascoe Archaeology had indicated that the sands were receding from the site, exposing the wreck to the effects of tides and currents and to greater risk of decay.

The ship was part of a fleet built in 1679 for King Charles II under Admiralty Commission Secretary Samuel Pepys’ 30 Ships programme. She took part in a number of famous naval actions, including Beachy Head, Barfleur/La Hogue and the bombardment of St Malo, before being lost with all aboard in the devastating storm.

Discovered in 1980, the shipwreck is one of three on HE’s Heritage at Risk register, and a licence is required to dive the protected site. A report is expected in autumn.

Results are awaited from their week-long search, which was due to finish yesterday (15 August), for the wreck of a French galley that, like the Mary Rose, was lost during the 1545 Battle of the Solent.

Project Solent Warships was inspired by the late Alexander McKee’s Solent Ships project, which succeeded in finding the Mary Rose in 1971. It was match-funded by HE.

Using a multibeam sonar and magnetometer from surveyor Geosight’s new 7m catamaran Taran, the aim was also to reassess the protected Mary Rose site and to search for signs of three other vessels: the Pelican, a fourth rate frigate launched in 1650; HMS Nassau, a third rate ship of the line launched in 1706; and HMS Newcastle, a fourth rate ship of the line sunk in 1703.

“These were important ships of their time, which when found will give us a wonderful insight into three centuries of naval history,” Pascoe has said.

Among England’s 54 protected wrecks, HE has supported the creation of six physical dive trails that allow access to divers, while providing a further 18 virtual dive trails for online exploration.

The trails can all be accessed via an interactive map of the South Coast.