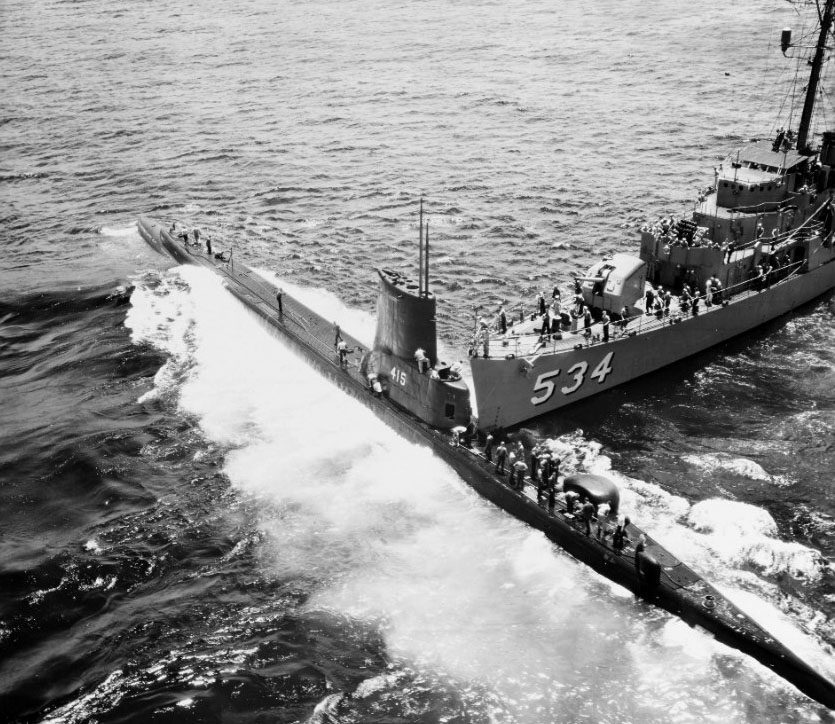 USS Stickleback has become the third of four US Navy submarines lost since the end of World War Two to be located. It was found at a depth of 3.3km by the Lost 52 Project, led by US ocean explorer Tim Taylor.

Stickleback (SS-415) was a 95m Balao-class submarine commissioned in March 1945. She set out from Guam to patrol the Sea of Japan in early August, but by the time she arrived the Hiroshima and Nagasaki atomic bombings had taken place and a ceasefire was declared soon afterwards.

The submarine was recommissioned the following year for training purposes, based in California. In 1953-54 she supported UN forces during the Korean War, before returning to training operations.

On 28 May, 1958, she was taking part in anti-submarine warfare exercises with destroyer-escort USS Silverstein and a torpedo-retriever in Hawaiian waters.

Having completed a simulated torpedo run on Silverstein, Stickleback was diving to a safe depth when she lost power and breached, only some 180m ahead of the ship. Silverstein hit the submarine, holing her on her port side.

The torpedo-retriever evacuated Stickleback’s crew but rescue ships were unable to save the flooding submarine. She sank 19 miles from Barbers Point, Oahu, where her remains have now been found broken in two.

Stickleback is the sixth US submarine to be found by the Lost 52 Project. The other three that were lost after the end of WW2 were the Cochino, which has yet to be located, and the Thresher and Scorpion.