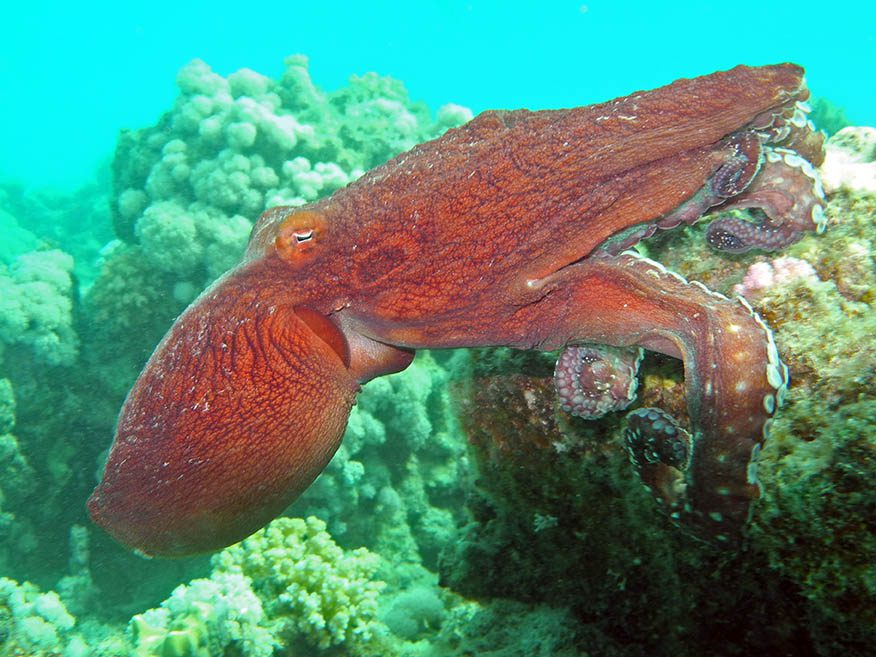 Invertebrates such as cephalopods – octopuses, squid and cuttlefish – are not only diver favourites when encountered under water but are widely used in scientific research. This is based on the belief that they are incapable of experiencing pain, distress or other negative states, as vertebrate animals do.

The Crook Lab, run by neurobiologist Robyn Crook at California’s San Francisco State University, has been working to challenge what the scientists believe is a historic misconception – and now claims to have achieved its objective.

The problem was to demonstrate that behavioural responses to pain or discomfort were emotional rather than instinctive physical reflexes. Now an experiment has revealed that an octopus reacts in exactly the same way to a painful stimulus as a laboratory rodent would, even though its complex nervous system is completely different.

After a single training session in a three-chambered box, octopuses given a painful injection of acetic acid in one arm showed clear avoidance of the chamber in which they were given the shot. Others injected with harmless saline showed no preference.

When the octopuses that had received the painful injection were immediately given a pain-killing shot, they showed a preference for the chamber in which the analgesic had been administered. Those given saline only again showed no preference.

Every octopus injected with the acid reacted by removing a small area of skin at the injection site with its beak.

The findings matched those with vertebrates. The acid injection had produced a centralised response in each octopus, and the scientific team described this as “the first conclusive evidence for this capacity in any invertebrate”.

Their hope is that the finding will lead to more humane treatment of cephalopods “in whichever context they encounter humans – in research labs but also in zoos, aquariums and in fisheries”.

“Our goal with this study was to move the question of invertebrate pain beyond reasonable doubt, so that efforts to better regulate their humane use can proceed with a strong evidentiary foundation that, until now, has been lacking.”

The Crook Lab study is published in iScience.