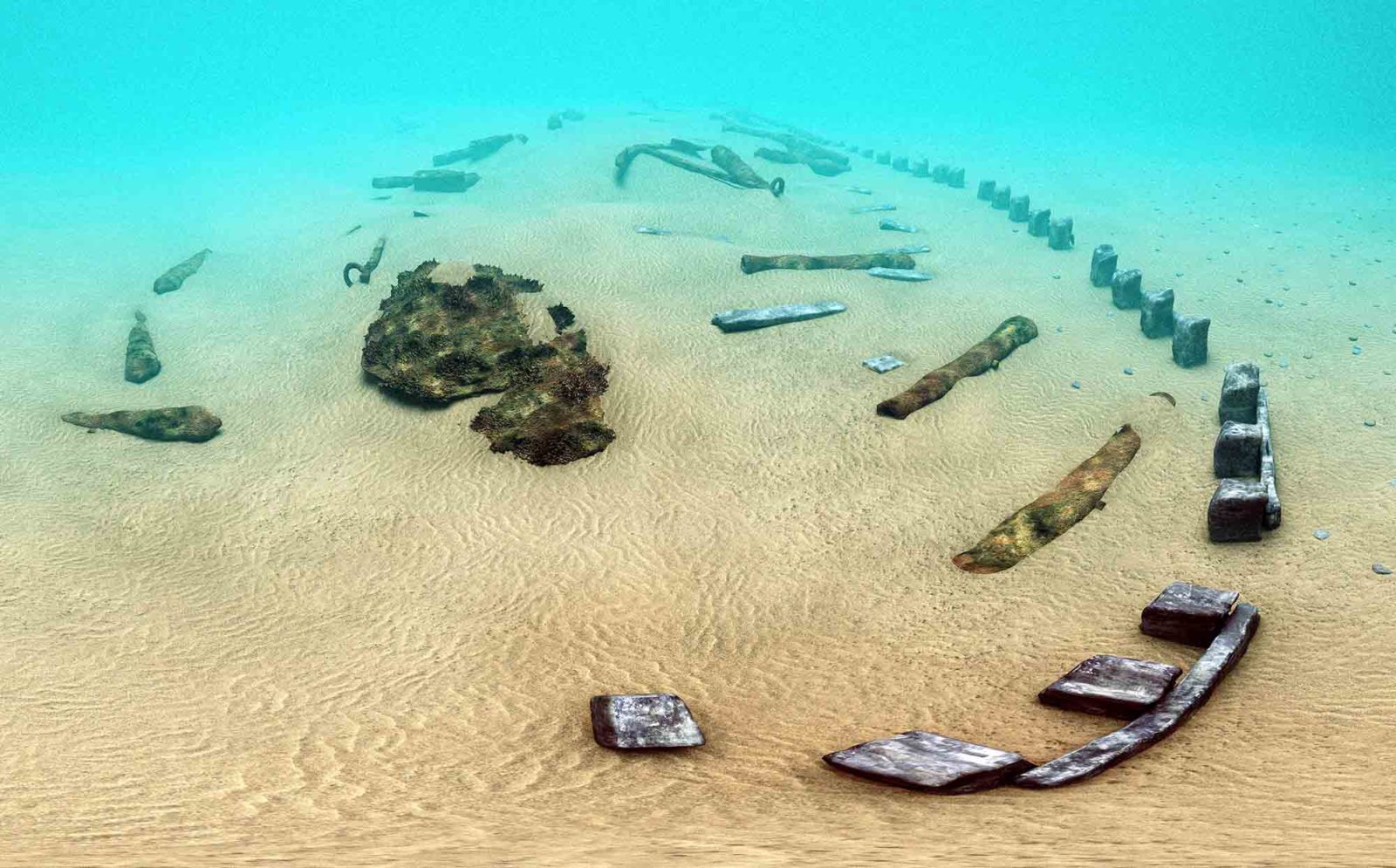 Another virtual British wreck-dive trail has joined a growing list with the launch by Historic England (HE) of its Stirling Castle tour.

The 70-gun warship sank on Kent’s Goodwin Sands in the Great Storm of 1703 and is a Protected Wreck, meaning that a licence is required to dive the site. Built in Deptford in 1678, the vessel was one of 20 third-rate ships ordered by Samuel Pepys to help regenerate the English navy.

Contemporary writer Daniel Defoe described how after cutting away the Stirling Castle’s masts the crew had been “all in the confusions of death and despair; she had neither anchor, nor cable, nor boat to help her; the sea breaking over her in a terrible manner, that sometimes she seem’d all under water; and they knew, as well as we that saw her, that they drove by the tempest directly for the Goodwin, where they could expect nothing but destruction”.

Only 70 of the 349 men aboard survived the sinking.

Divers from Thanet chanced on the wreck-site in 1979 after it had been exposed by the shifting sands, and found the hull and its contents in an exceptional state of preservation. It lies around 15m deep.

“The trail tells the fascinating story of the Stirling Castle and her crew before taking you below the waves to explore the wreck and the artefacts that have been recovered by the dedicated team over the years,” says HE maritime archaeologist Terence Newman. The tour highlights the work of former licensee Robert Peacock and the archaeologist who currently holds the licence, Douglas McElvogue.

The launch follows that of another British 3D dive trail, that of the Chesil Beach Cannon Site produced by the Maritime Archaeology Trust, as reported on Divernet last month.