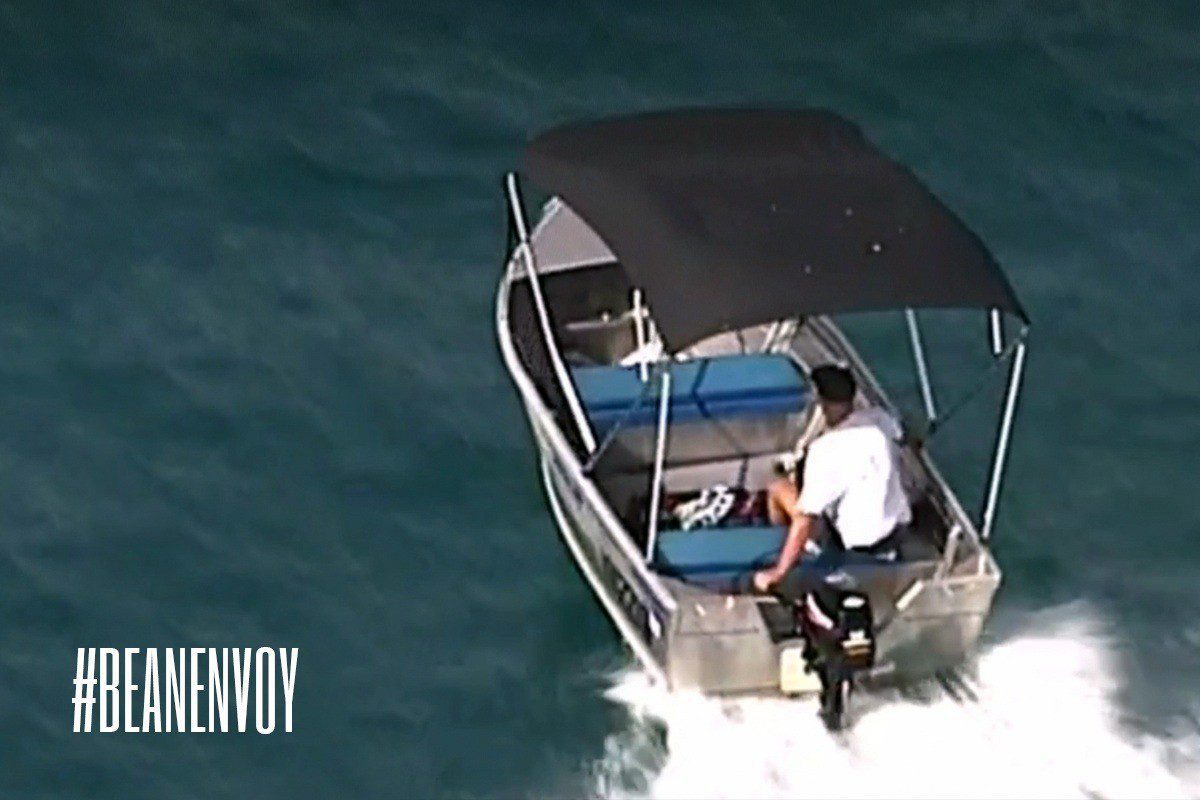 An Australian freediver has been acclaimed by the public for releasing a humpback whale calf caught in netting. But after telling reporters that he had been threatened with a fine for interfering with official “shark-control equipment”, a fund-raising campaign was started to cover his costs.

Now, with Aus $7360 raised by more than 250 people in under two days, the Queensland Department of Fisheries has withdrawn the fine, stating that this was because the diver had no previous record of infringements.

The experienced freediver, who goes by the name Django, said he had been out in his small boat (or “tinny”) off the city of Gold Coast in the early morning of 19 May looking for manta rays when he saw the trapped whale at 8-9m.

He dived in ready to cut it free with his knife before it drowned, but found that with repeated dives he was able to disentangle its left pectoral fin from the netting. Although the rope had bitten into its flesh the calf was able to swim away.

Before leaving the scene Django was spoken to by a Queensland fisheries department rescue team understood to have been awaiting approval to free the whale, and told that he would be penalised.

Of the rescue, the freediver told 7News: “I thought most people would have done it – you just got to pay the price sometimes.”

The campaign to cover any fine imposed on Django was started by Envoy Film Documentary, which has a new film out called Envoy: Cull. This argues that shark-lines damage the marine ecosystem and serve only to lure sharks closer inshore than they would otherwise venture.

Contributions to the Envoy fund-raiser will now either be returned or directed to marine-life charities.

Australian conservationists said it had been unusually early in the whale season for such an incident to occur, but that up to 10 protected whales die each season through entanglements. They have long campaigned for shark-nets to be replaced with drumlines.

Django told reporters that the nets were in any case a waste of time – because sharks just swam around them.