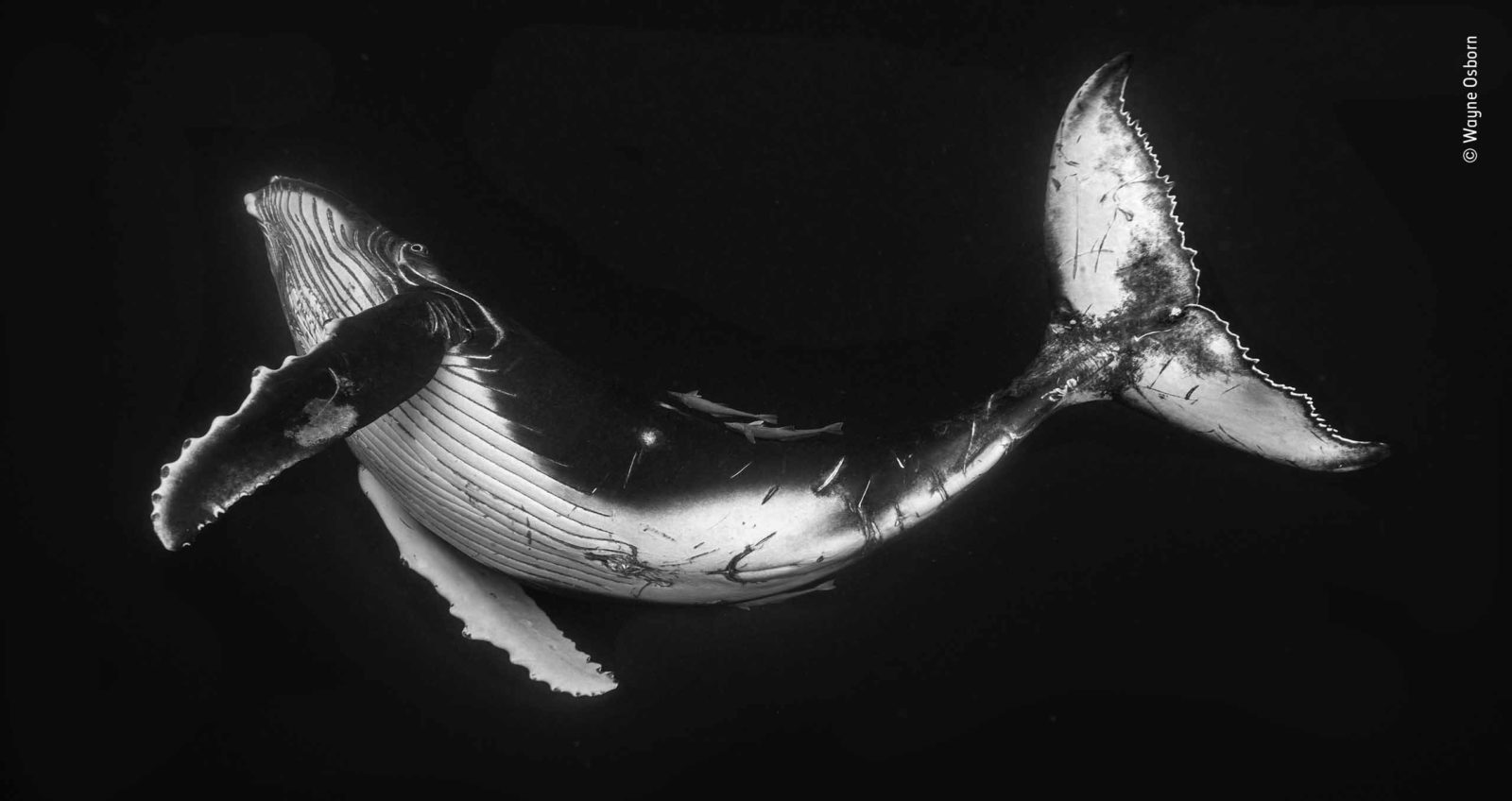 A side-contest of the annual Wildlife Photographer of the Year competition involves the public voting online in the Lumix People’s Choice Award – and the voting has just opened (4 December).

Twenty-five images have been pre-selected for this award by London’s Natural History Museum, the overall competition organiser, taken from the 48,000-plus entries to the 2019 competition. Voting will remain open until 2pm on Tuesday, 4 February.

The shortlisted images will also be displayed at the Natural History Museum until that date, after which the top five chosen by the public will remain there – joining the 100-strong winning portfolio already judged in the main competition and on display until the end of May.

For divers looking for an underwater photograph the People’s Choice is small – there are only three (along with a fetching whale’s tail taken at the surface in Canada).

The image shown here, The Humpback Calf by Wayne Osborn from Australia, came about when the photographer was diving off the Vava’u islands in Tonga and spotted the male calf and its mother. The calf kept a curious eye on Osborn as it twisted and turned before returning to its mother periodically to suckle. She remained relaxed and motionless 20m below.

Other underwater choices include A Pulsing Sea by US photographer David Doubilet, who was the winner in the Underwater category this year. The image shows a school of redtooth triggerfish forming a cloud of silhouettes above a river of convict blennies flowing over the coral in Verde Island Passage in the Philippines.

A very different photograph is Ocean’s Signature by Angel Fitor, who captured it off Alicante in his native Spain: “Immersed in a strong current, an otherwise slightly undulating chain of blue salp twists and turns, forming whimsical shapes.”

You can vote for your choice here.

Meanwhile contenders for the 2020 Wildlife Photographer of the Year competition should note that they have only just over a week – until 11.30am on Thursday, 12 December – to submit entries.