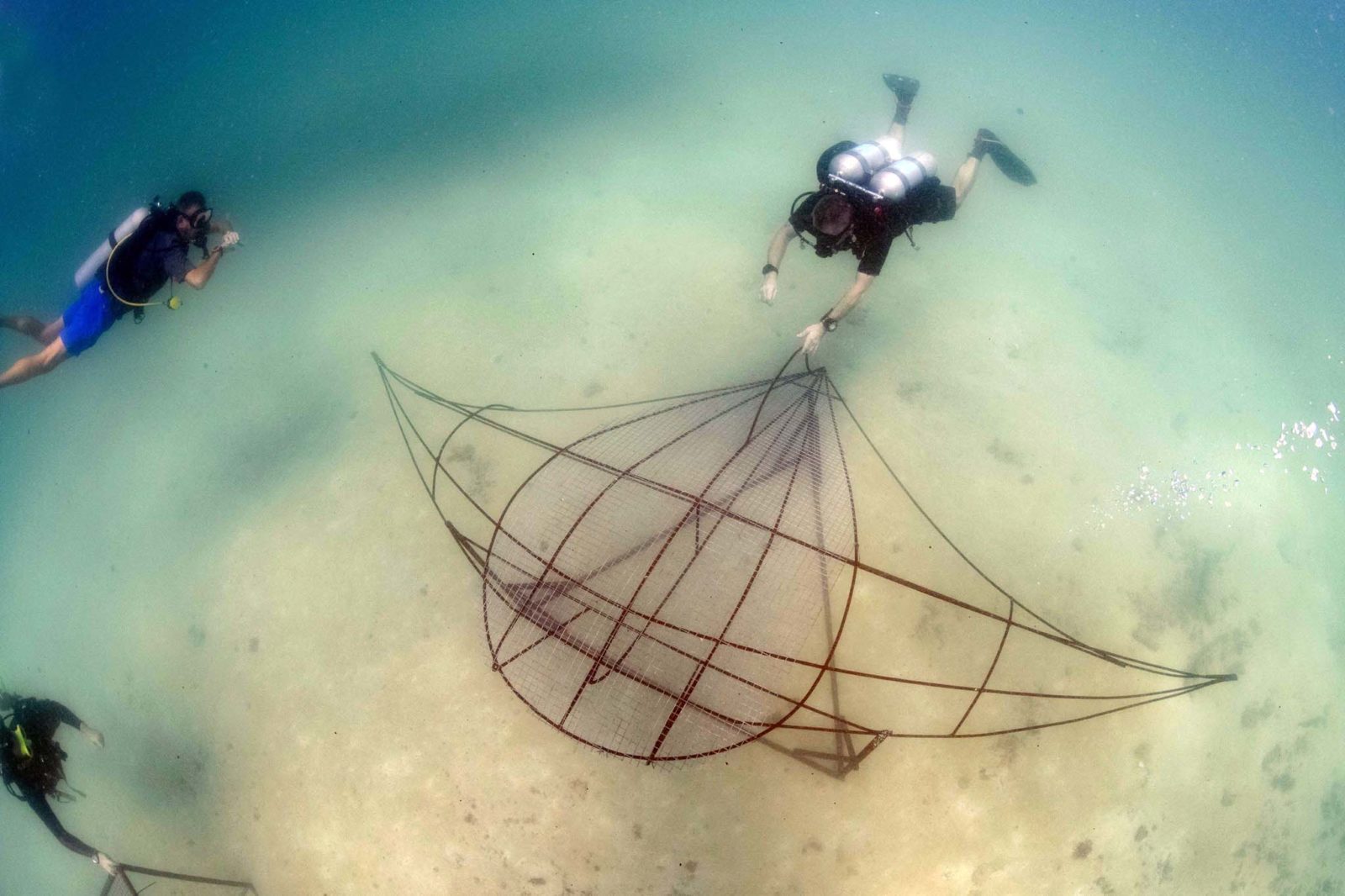 A dive centre in Fujairah, the UAE state on the Gulf of Oman, is creating artificial reefs based on 15 wire sculptures shaped as marine megafauna.

Freestyle Divers at the Radisson Blu Resort sank the first structures based on sting rays on 7 August, with the next phase in September set to include a 10m whale shark sculpture. Some 20 redundant boat-hulls are also due to be sunk.

The dive centre challenged school students to design the wire templates on which to propagate the coral, and 120 schools became involved, with Emirates International School coming up with the winning sting ray design.

The aim is to transform 100sq m of barren, sandy seabed 300m from shore, at a maximum depth of 8m. Fishing and dredging are banned in the area, and branching corals transplanted onto the structures are expected to grow by up to 20cm a year. The project includes scientific monitoring and measuring of colonisation rates.

British instructor and Freestyle’s marine conservation manager James Campbell had previously developed a comparable installation in Thailand’s Koh Tao, and an earlier project in Fujairah at the Dibba Rock dive-site is reported to have been successful and to have attracted reef sharks, turtles and batfish.

IN NORTHERN SARDINIA, meanwhile, thousands of industrial fishing hooks have been formed into 12 lifesize shark, manta ray and turtle sculptures by Dutch artist and eco-campaigner Vincent Mock. One, a hammerhead shark, has been installed under water.

Mock’s goal with his AMO exhibition – “amo” meaning both “love” and “hook” in Italian – is to raise awareness of endangered megafauna.

The biggest piece, a 12m-long whale shark, will later be auctioned to raise funds for marine-conservation activists Sea Shepherd. Mock says the organisation inspired him 10 years ago to dedicate his life to protecting the ocean by creating art.

Some of the sculptures are displayed in natural areas along the coastline of Costa Smeralda, highlighting local efforts to protect Sardinia’s coastline and marine wildlife. Mock says that Porto Cervo was also selected as a location because it is a popular destination for wealthy decision-makers.

“Individual art can be a very powerful means for global conservation,” commented Geert Vons, Sea Shepherd’s artistic director. “The work of Vincent Mock is a perfect example. Authentic, simple and direct. These are aspects Sea Shepherd can relate to. The work speaks for itself and is impossible to ignore.”

The AMO exhibition continues until 30 September and the sculptures can be seen here.