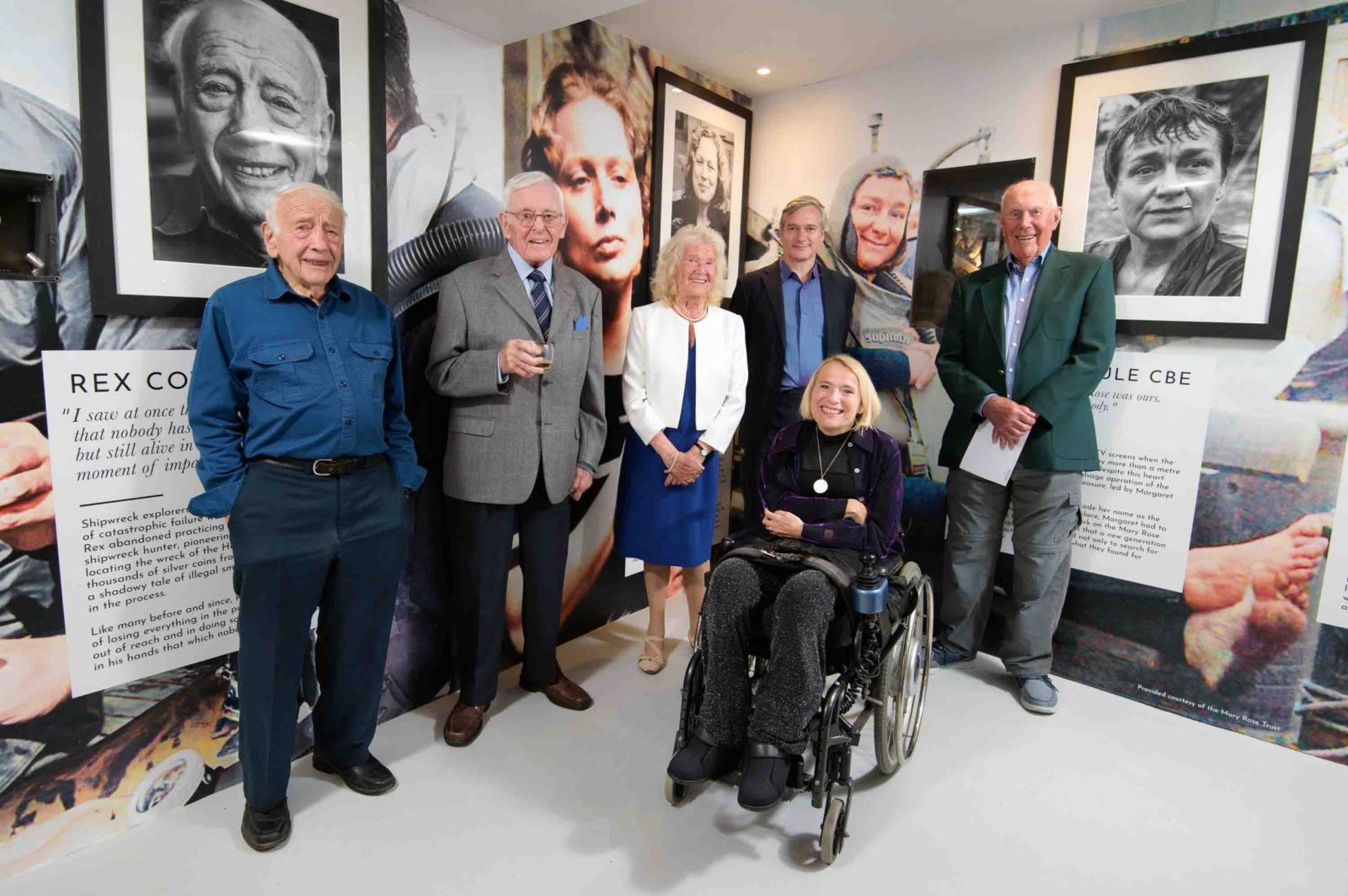 Six ground-breaking shipwreck-hunters are being celebrated in a new feature at the Shipwreck Treasure Museum in the port of Charlestown in Cornwall.

The undersea explorers represented in the Pioneers Gallery began locating and salvaging the contents of wrecks in earnest in the 1960s, says the museum, providing “an incredible insight into the past”.

Four of the six pioneers, Richard Larn OBE, his wife Bridget Larn, Peter McBride and Rex Cowan, attended the official opening of the display that celebrates their exploits. Both Larn and Cowan are long-time DIVER magazine shipwreck consultants.

The Larns established the museum in 1976 and ran it until 1998. Regarded as among Britain’s leading historic shipwreck experts, they have written more than 65 books on the subject.

Diving enthusiast McBride met Richard Larn while posted at RNAS Culdrose and became hooked on shipwreck-hunting. One of his notable discoveries came in 1969 with the Santo Christo de Costello, a Genoese merchant vessel driven ashore near Mullion Cove in a storm on its maiden voyage from Amsterdam to Genoa in 1667.

Swapping a career in law for treasure-hunting in the 1960s, Cowan sought the hardest-to-find wrecks. He worked alongside his late wife Zélide, who was also an expert on the history of diving and wrecks.

One of their substantial recoveries came after a meticulous three-year search in 1971 with the Hollandia, a Dutch East Indian Company ship that sank off the Isles of Scilly in 1743.

Highly regarded archaeologist Dr Margaret Rule CBE, who died in 2015, led the project to salvage the Tudor warship Mary Rose. Her son Nick represented her at the opening.

Since 2016 the Shipwreck Treasure Museum has been owned by Sir Tim Smit, co-founder of the Eden Project and Lost Gardens of Heligan and an avid archaeologist and wreck diver. The collection includes more than 8000 items recovered from more than 150 shipwrecks, with the earliest recoveries from a Phoenician wreck dating back to around 500 BC.

The museum was named Small Visitor Attraction of the Year at the Cornwall Tourism Awards 20/21 and won a bronze award in the same category in this year’s South West Tourism Awards.

“The museum is home to Europe’s largest private collection of shipwreck artefacts, and for more than 40 years the thousands of items on display have provided an incredible window to the past for our visitors,” said the museum’s Lynné Raubenheimer.

“However, the new Pioneers Gallery focuses for the first time on these six daring men and women who broke new ground in underwater archaeology and exploration, painstakingly hunting down centuries-old shipwrecks and risking their lives to liberate their secrets.”

The museum is open daily from 10-5, with pre-booking of timed entry tickets recommended.