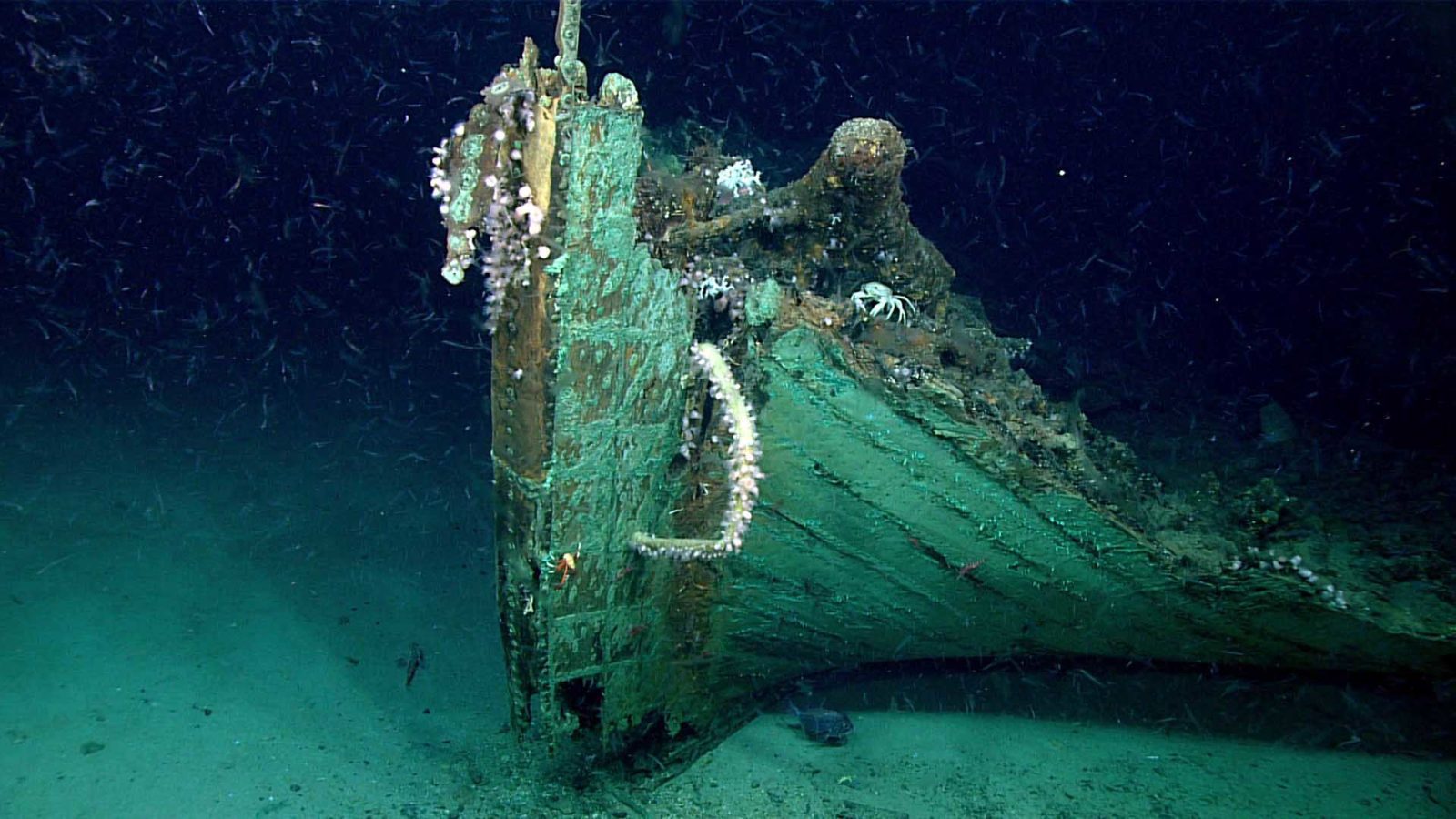 The bow of the wreck. (Picture: NOAA)

The wreck of an unidentified 19th-century sailing ship has been discovered in the Gulf of Mexico by chance during sea trials of the research vessel Okeanos Explorer, operated by the USA’s National Oceanic & Atmospheric Administration (NOAA).

The scientific team were testing new equipment on their ROV Deep Discoverer when it registered the unexpected wreck.

Marine archaeologists around the USA were quickly called in to join the livestreamed dive, which was extended by three hours.

A photomosiac of the wreck site was produced using high-definition video imagery collected during the dive.

Experts believe from the wreck’s shape and the remains of a windlass that it was a 38m-long timber schooner or brig built in the mid-19th century. The bottom of its intact hull was still sheathed in copper that had kept it free of fouling.

All of the structure above the waterline was missing, however, and this and charring of remaining timbers suggested that the ship might have burnt in a fire before sinking.